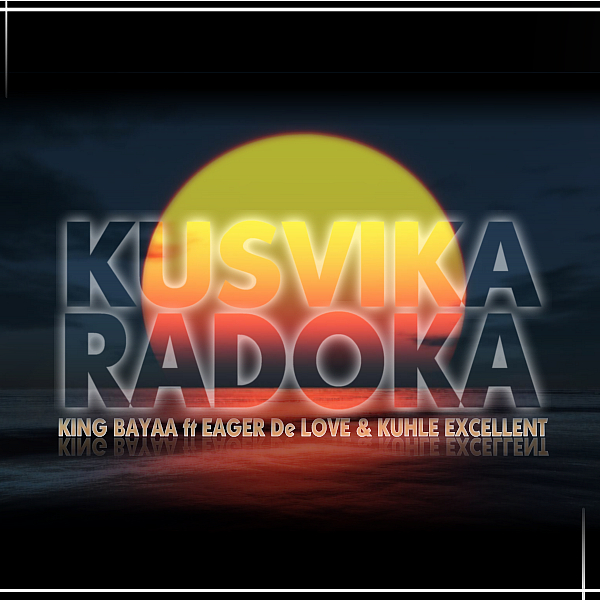 Yule’s thoughts:
There is this term I use when I hear a really good song, I say “now that is music”. It usually means that the song is so well produced, uses so many beautiful elements that I cannot define it in any genre specifically because the song is that good (or great). I rarely use this term and I am very strict with it but once in a while comes that song that makes me say – “now that is music”. The last song that I said that to was a song by The Layabouts, it was really that good and couldn’t be matched because it didn’t have that “I want to make EDM” kind of feel, it had that “I want to make music that will live forever” feeling to it.

Now King Bayaa is known for his Deep Tech sound but recently has been experimenting with other elements of music, which have brought out a new side in him (I wonder why). He has also been very busy in the studio, despite his presence on Twitter having not declined but with that said, let’s get into the his new EP.

At first glance, actually from every glance I kept wondering – “What is this Kusvika Radoka thing?” but I assumed it’s a new song he was working on which was due for release very soon. I still don’t know what it means by the way.

The first track on the EP is the “Original” version of the song, no surprise there but the real surprise comes when you hear it, what a song, now that is music. From the get go, the different beats used, the variety of vocals, wow, I was impressed, I still am. This is a new side of King Bayaa that I have never heard before (well, not saying I know all his music but you get the picture). The richness and teamwork in the vocals shows that King Bayaa is more than a beatmaker, he is a producer (worthy of the name). This song is definitely a new side to King Bayaa’s side, a great side.

The second track name, the “Dark Ride” version, I think this will be the DJ favourite all over. He doesn’t simply just change the beats (like most producers do) but he arranges the vocals and creates and new look and feel of the song as a whole but yet managing to preserve the Original version.

I don’t know what else to say about this song definitely check it.
To hear it on exclusively you can listen here or here
Here is the DropBox link for radio stations download here