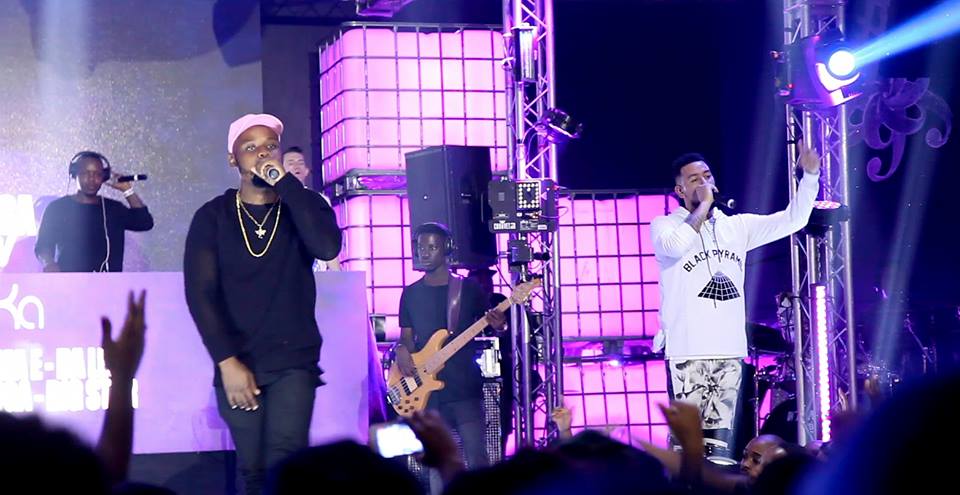 The 3rd World Boss and “Baddest” hit maker, AKA hosted the “Supa Mega Show” on Sunday, the 1st of May at Soweto’s most popular event hotspot, Zone 6 Venue in Diepkloof. The show kicked off with AKA performing some of his latest hits as the main headliner of the show with supporting performances by other South African hip hop acts in the game; Kwesta, Big Star Johnson, Maggz, Da LES and Ma-E just to name a few. Those who attended the show and witnessed all the action will attest to it that it was one of the best live performance events to be hosted in the history of hip hop music in South Africa.

A moment that no one expected stroke when Mozambican hip hop star, Laylizzy took to the stage as the surprise act to perform his latest single featuring AKA, titled “Hello.” Collaborations across the continent being one of the attributes that both artists hold as key, the Moz plus SA pair brought indefinite heat on the stage.

If you missed it, check out the link to the performance and be part of the #HelloLaylizzy experience too and for those who got to witness it, here’s a mind blowing recap:

Catch Laylizzy’s next performance at the eviction night party on Big Brother Angola & Mozambique (DSTV Channel 717) on Sunday, the 8th of May 2016. Let’s unite Africa and say HELLO!

About Laylizzy
Laylizzy (real name Edson Abel Jeremias Tchamo) is a Master in Business Law, song writer and versatile Portuguese speaking, Mozambican rap artist who decided to do things different from the pack by learning English from watching cartoons as he had a drive to snap out of the shell and comfort zone of rapping in just his home language, Portuguese. Born on the 28th of October 1988 and bred in Maputo (Mozambique) where he developed much of his career as a musician, he has set a pace in rapping in English and building a fan base for English/ Portuguese hip hop in his home city. Laylizzy is now signed under South Africa’s Geobek Entertainment, where he has successfully released two singles, “Tha Crew” (2015) and “Hello” (2016) featuring South African hip hop artist, AKA to date. Being a passion driven artist, he continues to grow his fan base in South Africa and other countries in the continent through his music.