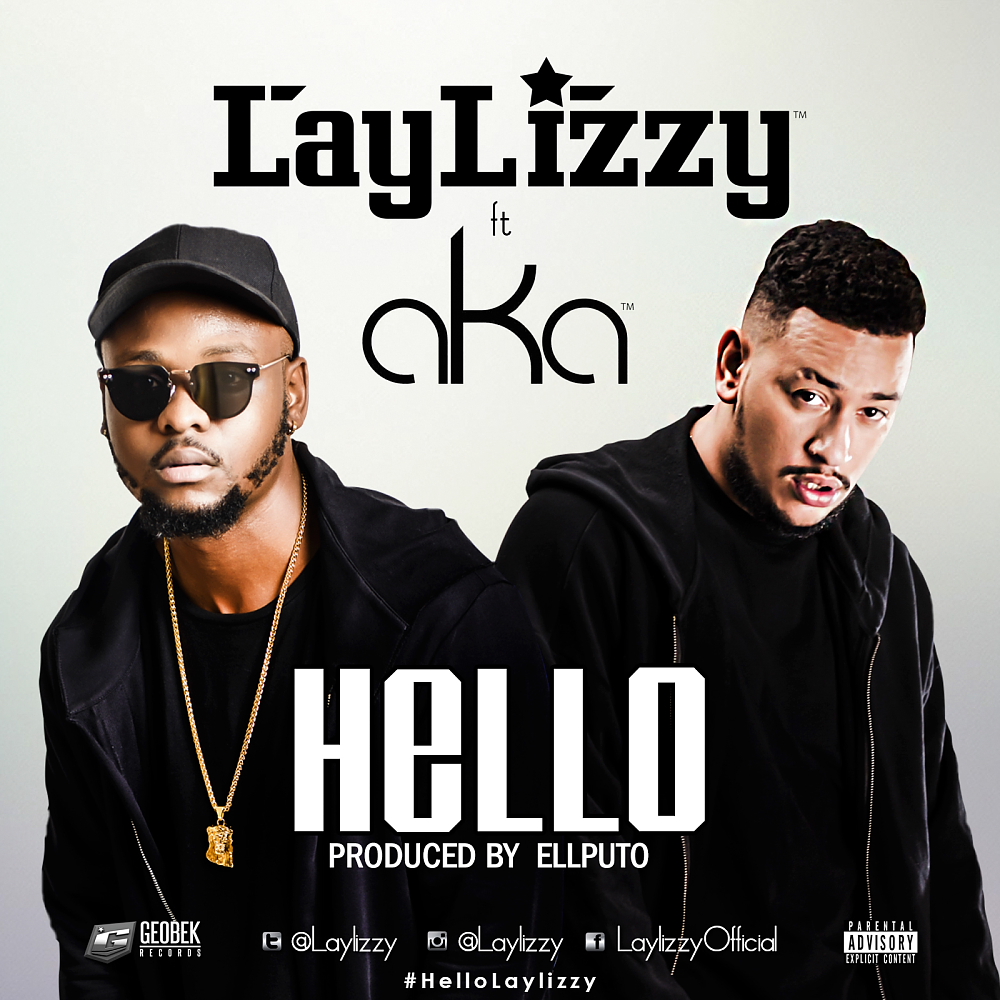 “I pick up the phone when the money is calling, Hello!” another anthem set by Laylizzy.

First it was the video clip of AKA enjoying Laylizzy’s video of “Tha Crew,” followed by the announcement of the collaboration between the Portuguese speaking artist that is paving the way for English/ Portuguese hip-hop in the continent and the supermega, AKA. This got the excitement of hip-hop fans and supporters all around the continent buzzing, then it was the dropping of the official artwork by AKA. The highly anticipated “heater” (as referred to by many, AKA being one of them), “HELLO” is finally out.

“Hello” was inspired by Laylizzy’s hunger for success to make his nation proud and that one wish from his Mozambican fans, which was to see their idol, Laylizzy collab with their favourite SA rapper, AKA. The Geobek Records fast rising hip-hop artist, Laylizzy linked up with Africa’s multi award winning hip-hop artist, AKA to present you something fresh from the kitchen cooked by multi award winning producer and music chef, Ellputo.

Join the buzz online with the hash tag #HelloLaylizzy, let’s get it trending!

About Laylizzy
Born on October 28, 1988 and bred in the Portuguese speaking city of Maputo in Mozambique, Laylizzy (real name Edson Abel Jeremias Tchamo) is a songwriter and versatile Portuguese speaking Mozambican rap artist who decided to do things different from the pack by learning English from watching cartoons. Being a Master in Business Law, Laylizzy is signed under South Africa’s Geobek Entertainment. Laylizzy has set a pace in rapping in English and building a fan base for English/ Portuguese hip hop in Mozambique.
He has paid his dues in his home country by starting the mixtape culture and dropping 4 mixtapes that grew his audience into loyal fans for his music. Since then, he has successively released his first single under Geobek Records, “Tha Crew” which has also developed and grew a fan base for him in South Africa and other neighbouring countries.