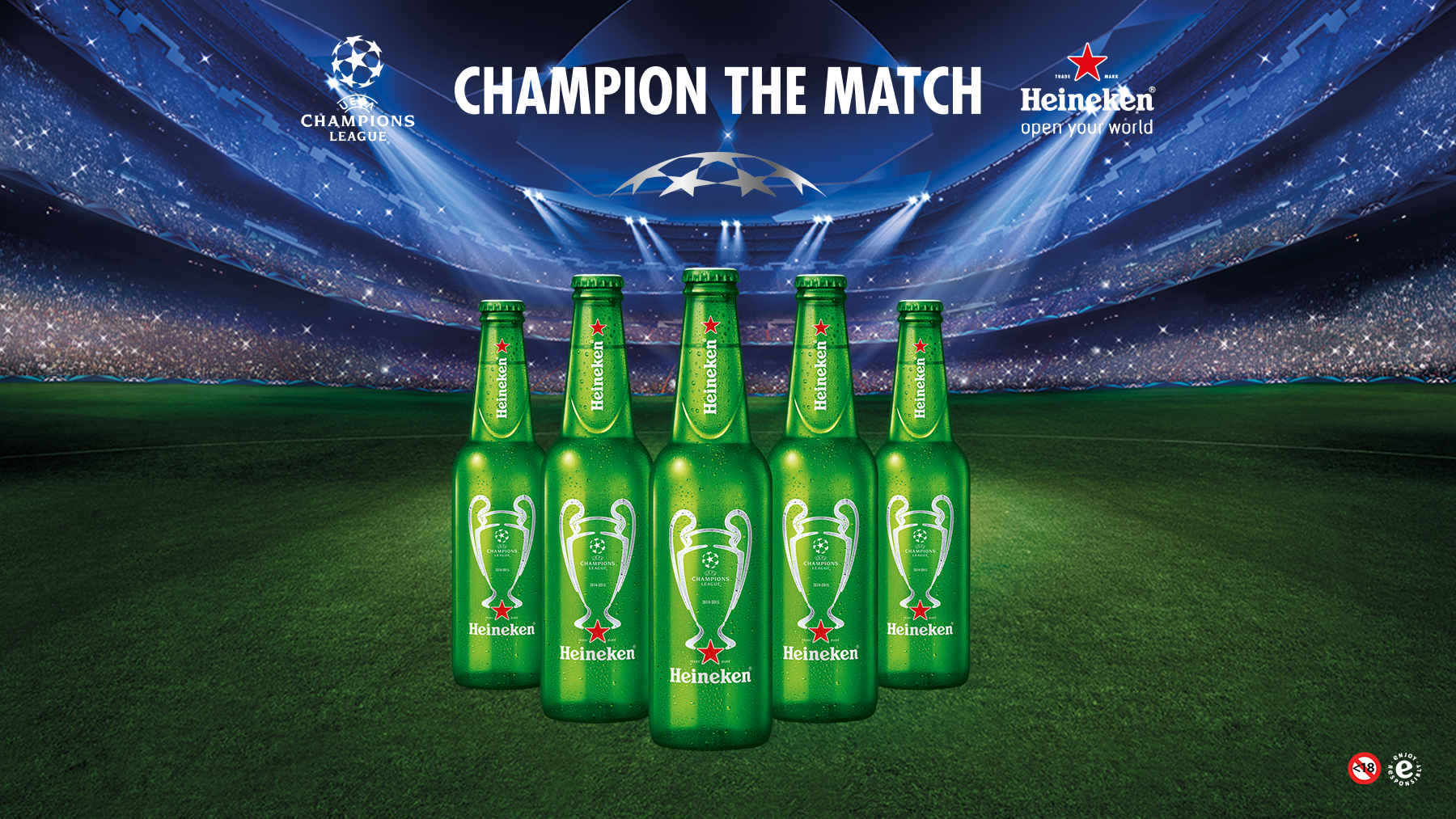 But as long-time global sponsor of UEFA Champions League, Heineken® knows that UEFA Champions League is about so much more than the game alone – it’s about the experience. Fans make a little extra effort on match night, and the world’s most premium beer brand is going all out to help make every minute of the match legendary.

There’s no doubt that great football deserves great beer, so it’s befitting that Heineken® has launched a range of limited edition trophy bottles to help UEFA Champions League fans champion the match on their couch or at their local.

Every Heineken® will feature a unique code under its bottle cap or pull-tab. Consumers who enter their code via USSD to *120*222# will stand a chance to win the experience of a lifetime. One lucky football fanatic will be flown to Berlin to experience the 2015 UEFA Champions League Final, pitch-side.

And as if that weren’t enough, all those who have entered the competition will be invited, every match night, to choose a minute of the game, and win a share of R200 000 in prizes like TV’s, smartphones and Adidas Heineken gear, every minute of every game – that’s 90 chances to win every match night.

Look out for entry points either via SMS, the website or on social media at @Heineken_SA on Twitter, and www.facebook.com/Heineken.