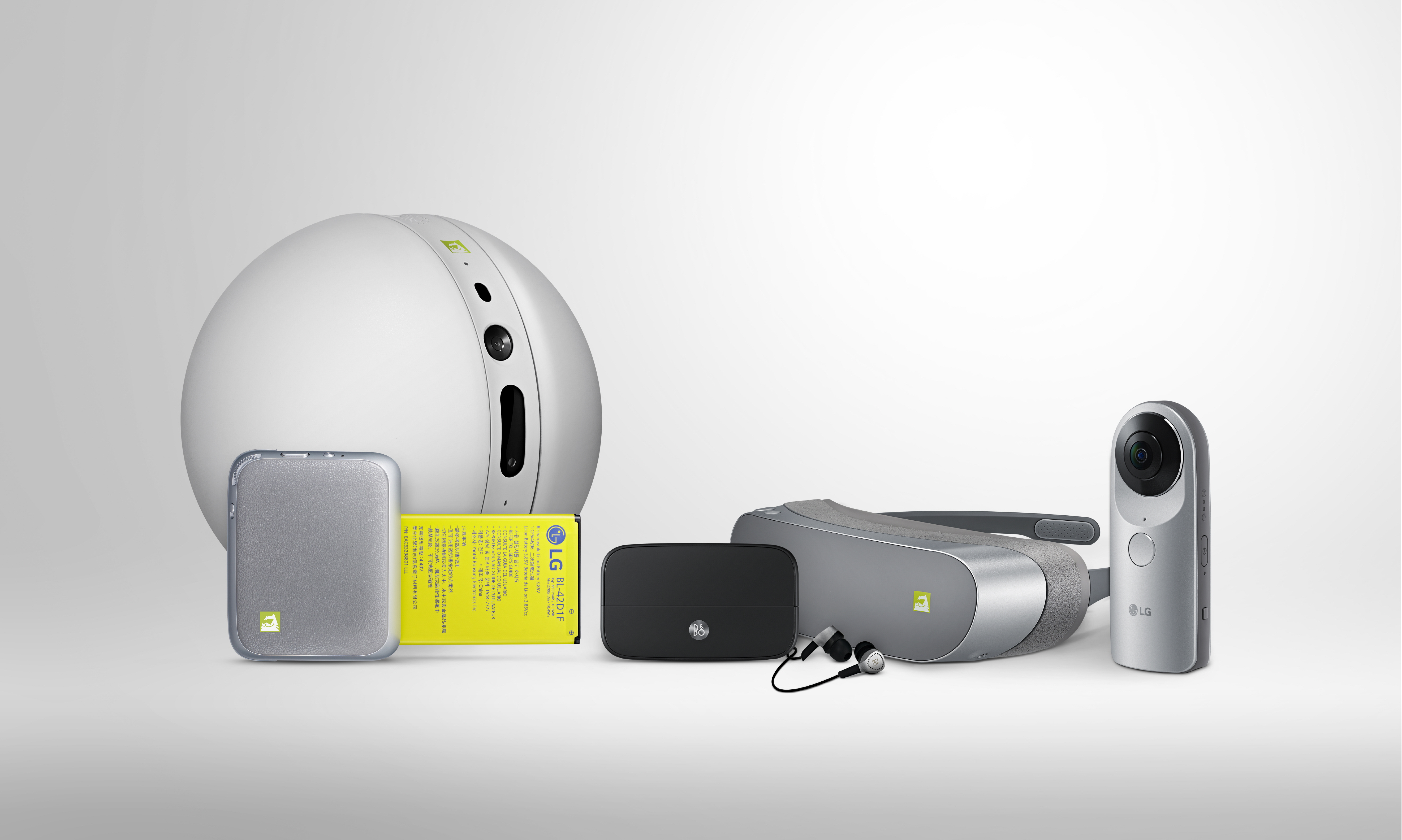 Johannesburg, 26 May 2016 – Having amassed a total of 33 awards at the Mobile World Congress (MWC) 2016 including the event’s top honour, Best Mobile Handsets & Devices Award, securing status as the most honoured company at the show. The G5 sees LG Mobile taking a revolutionary approach by launching a device that consumers can fully immerse themselves in.

The wins highlighted the Modular Type innovation behind LG’s latest flagship smartphone, the LG G5 and Friends. Now that the brand new, completely redesigned G5 has been unveiled to South African consumers, buyers are about to get even more excited with the offer of accessories – Friends.

One in particular that has been generating a lot of buzz is the LG 360 Cam. The LG 360 Cam is a compact 360-degree angle camera equipped with two 13MP 200-degree wide angle cameras, 1,200mAh battery and 4GB internal memory, which can be supplemented by a microSD card.

What it means for consumers is that the 360 Cam can easily be connected to the LG G5 allowing you to create 360-degree content. The LG 360 CAM provides 2K video and 5.1 surround channel recording on three microphones to help users effortlessly create high-quality 360-degree contents. Having secured a partnership with Google, images taken with the 360 CAM can be uploaded to Google Street View and YouTube360, adding the fun of sharing creative content with others.

The 360 Cam is compact and lightweight standing at 30 x 97 x 25mm and weighs 72 grams. There are two 13-megapixel cameras mounted back-to-back on the LG 360 Cam. Each camera has a lens offering a 200-degree field of view, meaning that each side can capture 180-degrees. When used together, these are stitched for the full 360 degree view.

LG has released a video showing how easy it is to use the 360 Cam with its new modular handset, the LG G5 https://www.youtube.com/watch?v=4vithqn0ZVc

With the use of the LG Friends Manager app, it will take users three steps to get connected to the LG G5 using the the 360 Cam. All you have to do is press the power button on the side of the accessory. Install the correct modular card, and press the shoot button on the front of the camera and you are on your way on taking your digital photography skills to the next level. The LG Friends Manager app allows you to control the 360 CAM from your handset and the pictures you take can be sampled on your phone using the app. Life’s Good when you play more!