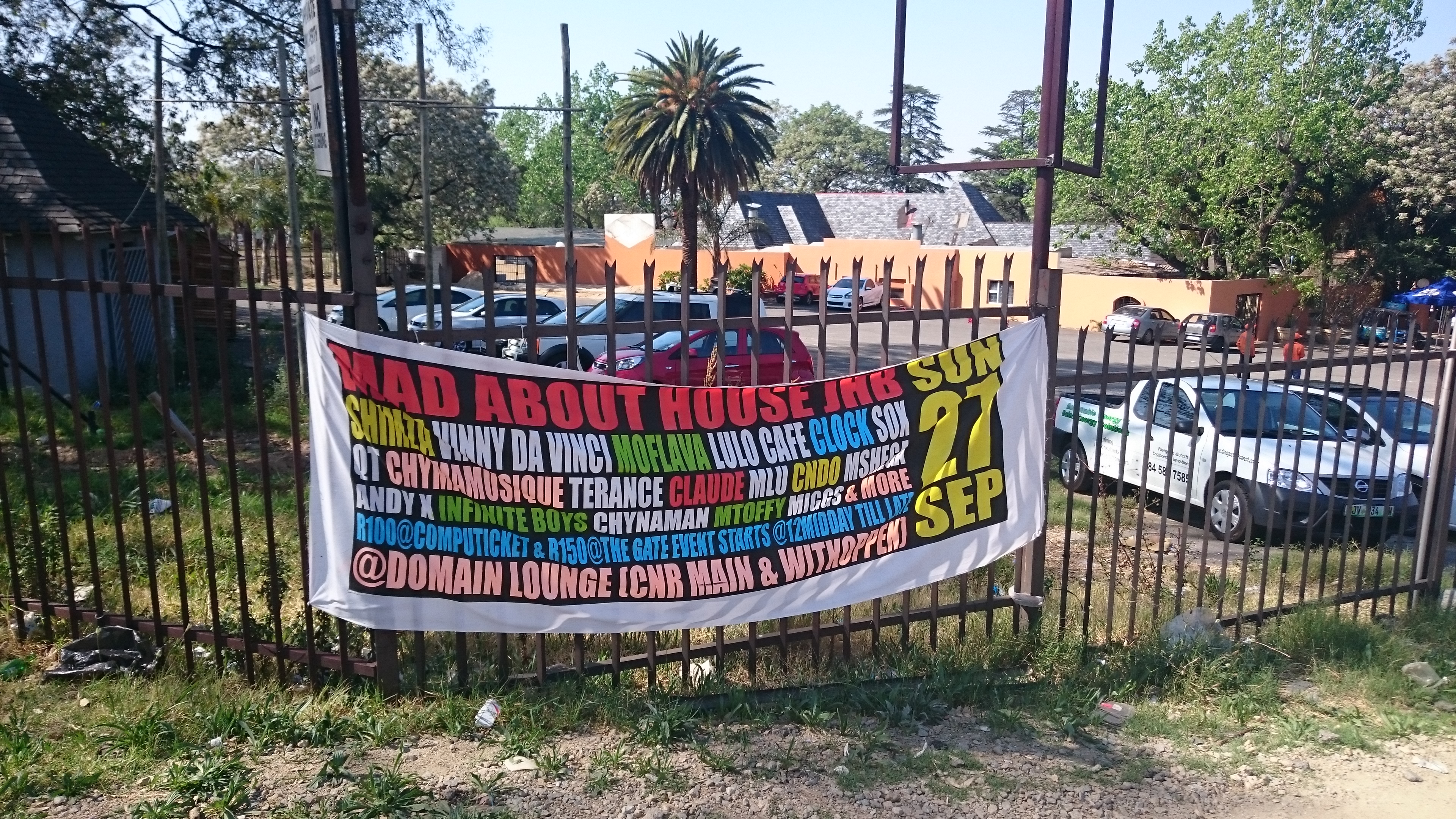 #MadAboutHouseJHB took place this weekend and what an event it was.

Following the #MadAboutHouseDBN event, the Johannesburg leg brought an even bigger and better line-up that was well suited for House Heads.

The idea was to have 2 stages, 1 inside and another outside but the weather was so good that everyone decided to move outside and the musical followed the people. The venue was also perfect for the sound, being Deep House and Soulful House.

You have to give props to DJ Terance for pulling such a line-up together and the amount of respect also shared amongst his peers was incredible.

Every DJ played really well, which made it hard to leave early because it was Sunday but majority of the crowd remained and they had a great time. I look forward to the next #MadAboutHouse event.