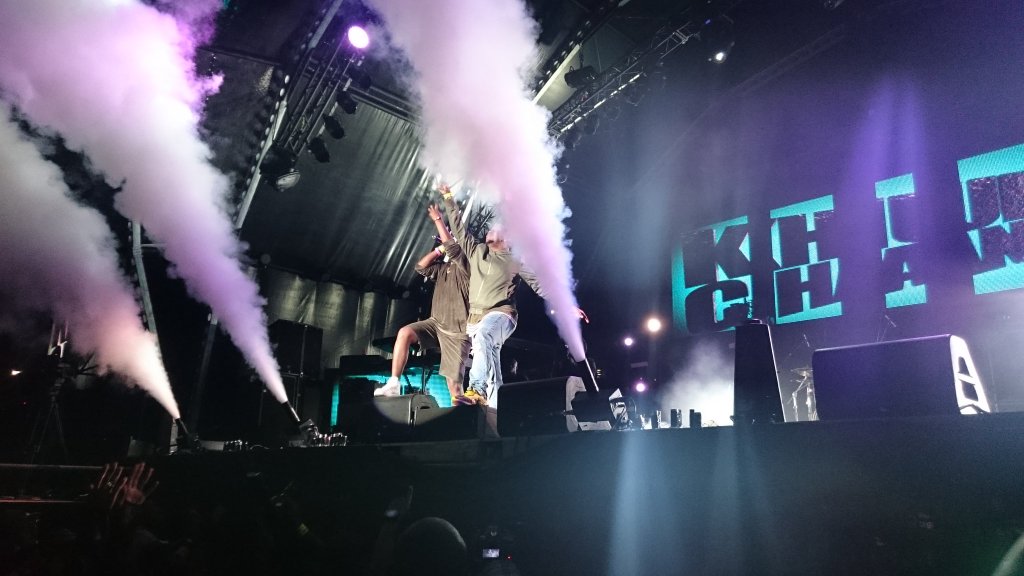 The Hip Hop industry hasn’t been the same since I attended my first Hip Hop event last year. I still remember it like it was just last night. This year I attended a lot of Hip Hop events and they’ve been okay, after a while they all seem standard with some not really introducing anything new but yet I wanted to attend Maftown Heights to see what all the hype was about.

Now there are 2 types of people that would attend Maftown Heights, it’s either you were there because you were a Hip Hop fan or you are a Motswako supporter, unfortunately I wasn’t either as I am a music fan.

Getting in was a nightmare, you had to walk around Mary Fitzgerald square, behind the museum/ next to Newtown Junction, after that you would walk up Bassline, only to go down Jeppe Street. The setup would continue to disappoint as there was a cool KFC section and Media section but to get there, you had to walk through General Access from VIP and Golden Circle. The KFC and Media section were at the entrance of the museum which were pretty far from the stage and couldn’t get good shots from there. The woes wouldn’t end there because there were limited toilets for VIP and Golden Circle and people saw themselves standing for an hour just to use them. The toilets closest to General Access and Media Section lead you outside the venue and you would have to re-enter the venue all-over again.

You would think that after this exhausting exercise and the cold, I would have called it quits but nope, I stayed. I stayed because of the music, each DJ that played brought a new flavour and made it worthwhile. The artists showed me that some supporters are diehard fans, I saw adults rapping along to every word that Tuks dropped, even though I didn’t understand it, I enjoyed it. TKZee, the special guest, came on stage and those who knew who they were, understood. There was also an amazing performance by HHP and his band, which showed how strong their relationship was and how much hard work they had put in.

The biggest acts on the line-up were Ricky Rick, KO, Khuli Chana and AKA but JR killed it, performing with other artists and on his own, it showed how much involvement he has had behind the scenes. Khuli Chana, for me, had the best performance, as he brought on a variety of artists, both known and underground, overall his performance made me fall in love with live acts again. AKA ended the show in the biggest way possible, the crowd went crazy for him. Khuli Chana and AKA’s bond is really strong, so it came as no surprise that AKA would perform after Khuli Chana.

Security was pretty good later on as SAPS arrived, I was however disappointed as they arrived pretty late.

I now understand what Maftown Heights is all about and I’m glad I was there.