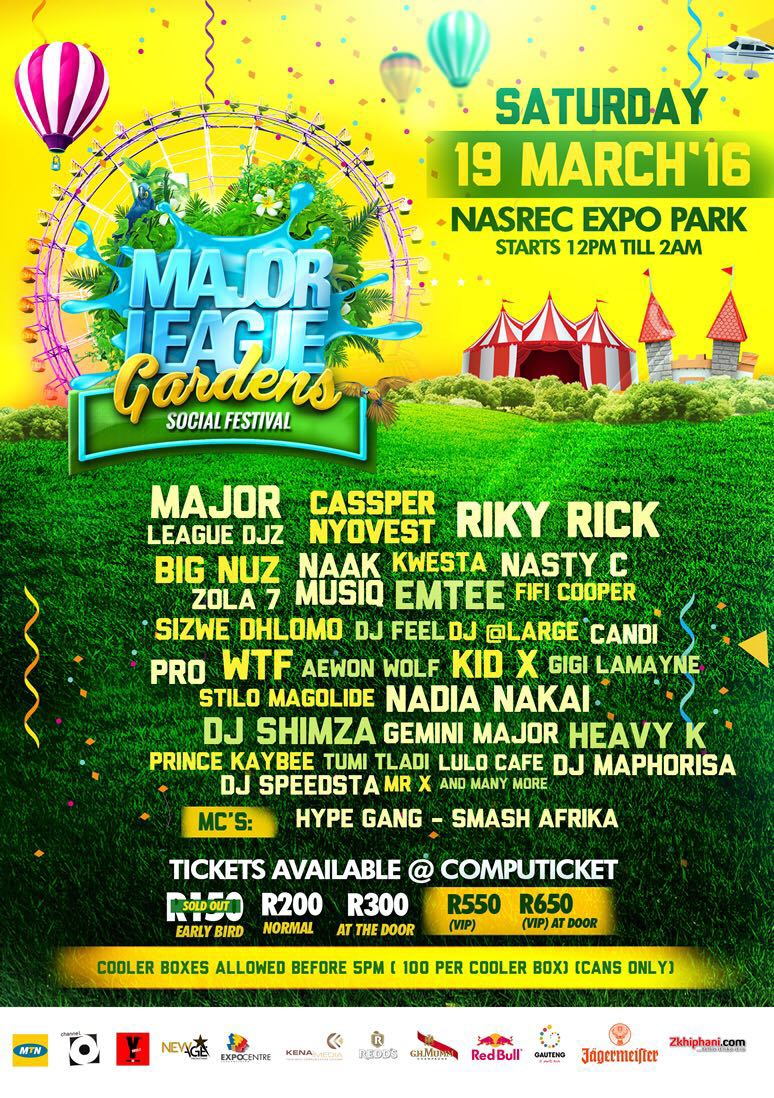 Johannesburg, South Africa – Major League organizers this weekend confirmed that early bird tickets for the quarterly social festivalMajor League Gardens sold out before even going to press last week. The upcoming event promises to have a star-studded line-up, outdoing its predecessors including a few expected surprises this time round.

The team announced that this ultimate summer celebration would be taking place at the Nasrec Expo Park on the 19th of March.

The ‘Major League Gardens’ is thee ultimate social festival filled with dance and summer madness. A shimmering outdoor funfair event with the freshest outdoor activities hosting among other things, a live stage featuring the best acts South Africa can offer. The festival hosted by young people for the sexiest young people in Jozi to experience crazy summer fun. A place where friends get together to usher in the finest season, through sounds of laughter and music for a day only.

It’s an occasion where you get to bring your own cooler boxes (before 5pm), or join us in the Major League beer gardens. Don’t forget your camp chairs and picnic blankets, and come share in the greatness of the Major League Gardens.

It’s a day of loads fun and good times. Lets turn up and make it memorable. See you there.