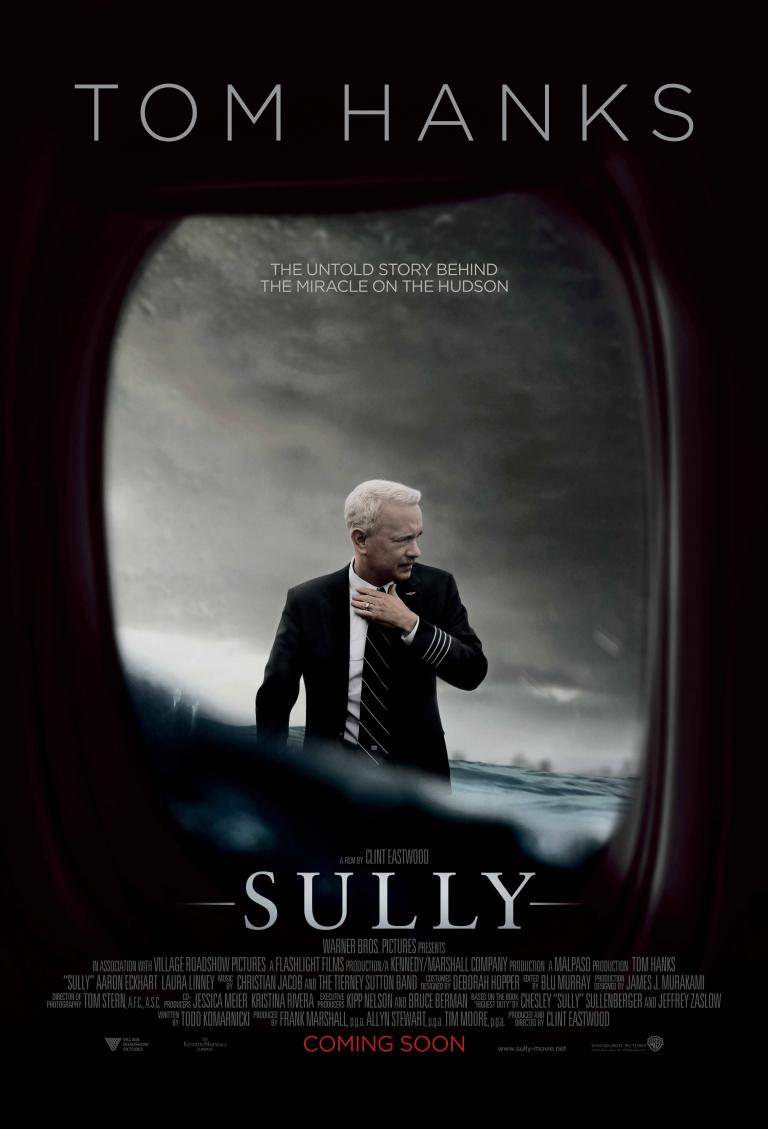 Nu Metro’s Scene Xtreme-cinemas in Gauteng will be showcasing Tom Hanks’ suspenseful new blockbuster, SULLY, in full 4K glory on a giant screen (with multi-channel sound) from today (Friday, 9 September 2016). This means that cinemagoers will be able to see this inspired new film in Ultra High Definition (UHD): the highest resolution-quality possible for cinema screens.

The Scene Xtreme 4K-experience ensures crisp, clear visuals that bring viewers as close as possible to the real action on-screen – in this instance, a disabled airplane gliding through the air attempting to make an emergency landing on the Hudson River in the middle of New York City!

SULLY reveals the untold story behind the “Miracle on the Hudson.” On January 15, 2009, the world witnessed the “Miracle on the Hudson,” when Captain “Sully” Sullenberger (Tom Hanks) glided his disabled plane onto the frigid waters of the Hudson River, saving the lives of all 155 aboard. However, even as Sully was being heralded by the public and the media for his unprecedented feat of aviation skill, an investigation was unfolding that threatened to destroy his reputation and his career.

Directed by iconic cinema master, Clint Eastwood – SULLY guarantees a quality night of suspense and drama at the movies. Scene Xtreme, exclusive to Nu Metro, now enhances the experience of this new film; effectively representing the director’s work at its best. Scene Xtreme takes a standard movie night out and pushes it to the ultimate level of enjoyment.

4K Ultra High-Definition releases require an extended mastering process, in order to perfect the film’s visuals to the highest standards of quality. 4K UHD presents viewers with a visual masterpiece – delivering images that literally pop out of the screen. The reproduction and ultimate projection of 4K UHD require specialised technical expertise to present cinemagoers with an ultra-real delight of visual splendour.

The shows for SULLY in all Scene Xtreme-cinemas also feature next generation digital-projection for 4K UHD visuals on a Large-format screen (measuring around 19,5 m wide by over 10 m tall). This ultra-realistic cinema experience is further enhanced through RealD’s Precision White Screen-technology (PWS) – delivering a much sharper, brighter and more realistic image compared to other standard cinema screens.

Another aspect of the Scene Xtreme experience is the latest in sound technology. Scene Xtreme at Nu Metro Clearwater Mall is the only cinema in Gauteng with Dolby Atmos sound – delivering all-around 3D-sound through the most advanced cinema sound system available. The Atmos-soundtrack for SULLY condenses multiple levels of audio, processed with precision through overhead speakers and crystal clear reproduction – sound objects can literally be moved around in 3D space.

Dolby Atmos is the best cinema audio system on the market; and also the most preferred choice of sound for Hollywood film directors who rely on Atmos to effectively convey their movie to audiences as intended. Dolby Atmos and 4K UHD together will ensure cinemagoers the best possible showcase of SULLY. It is an experience, which inspires goosebumps and adrenalin in all the right places.

The above-spec speaker-systems installed in all Scene Xtreme-cinemas guarantee an experience of movie sound without comparison. Menlyn and The Glen Xtreme will also be showing SULLY with 4K UHD resolution through RealD’s PWS system onto a large-format screen – along with an advanced Dolby 7.1 surround soundtrack.

**Premium pricing applies to shows in Scene Xtreme; loyalty discounts are not applicable. Standard pricing and discounts apply to standard 2D cinemas for the film’s general release from Friday.