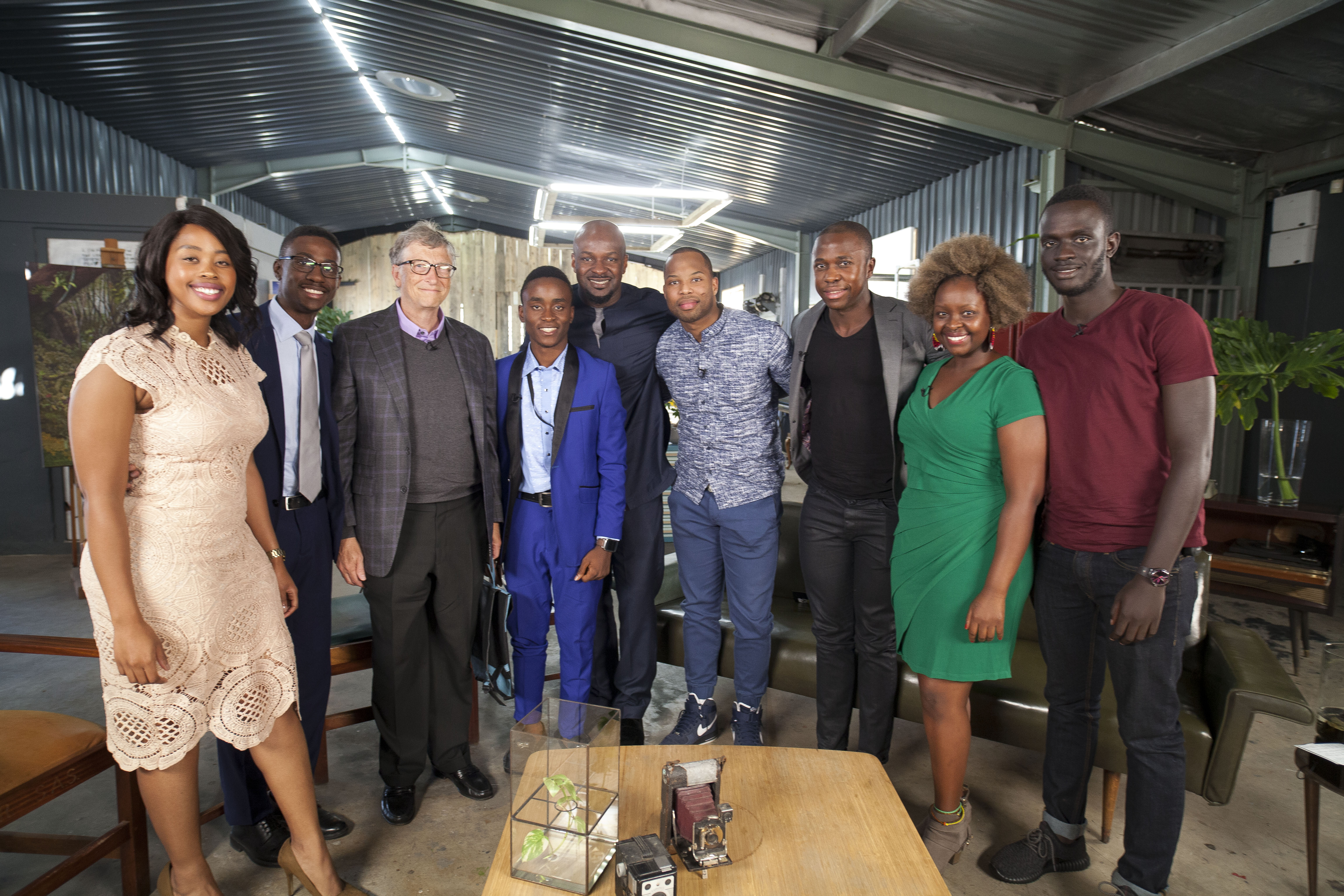 Johannesburg/Lagos, 21 July 2016: Viacom International Media Networks (VIMN) Africa is excited to reveal that Bill Gates is to appear on a special episode of “MTV Base Meets…”

The US entrepreneur and philanthropist will make a special TV appearance in MTV Base Meets Bill Gates, discussing his views on the future of African technology, innovation and development with a group of African youth.

A long-standing franchise of MTV internationally, the African iteration of “MTV Base Meets…” connects opinion formers and thought leaders with African youth by creating an intimate forum in which young people can pose candid questions about issues affecting their lives and futures.

Bill Gates‘ connection with Africa stretches back to 1993, during a visit to Tanzania with Melinda. During the trip, the couple began discussing how they could use their wealth to give back to the world in an impactful way. He has subsequently been involved in development initiatives across Africa, most notably through the Bill & Melinda Gates Foundation. In 2008, Bill Gates stepped down from Microsoft to focus on his work as co-chair of the foundation. As co-chair, he works with Melinda to shape and approve grant making strategies, advocate for the foundation’s issues, and help set the overall direction of the organization.

Alex Okosi, Senior Vice President & Managing Director, Viacom International Media Networks (VIMN) Africa, ‘African youth are amazingly entrepreneurial, creative and committed to contributing to a positive future for the continent. We are delighted to create this platform for them to access and interact with Bill Gates, one of the world’s most visionary businessmen and philanthropists and to learn from his insights and experience.”

For more information on MTV Base Meets Bill Gates, please go to www.mtvbase.com or www.mtv.co.za, like us on Facebook at www.Facebook.com/MTVza or www.Facebook.com/MTVBaseVerified and chat with us on Twitter @mtvza or @MTVBaseAfrica, using the hashtag #MTVMeetsBillGates.

About Bill Gates
Bill Gates is co-chair of the Bill & Melinda Gates Foundation. Along with co-chair Melinda Gates, he shapes and approves grant-making strategies, advocates for the foundation’s issues, and helps set the overall direction of the organization.

Bill and Melinda Gates work together to expand opportunity to the world’s most disadvantaged people by collaborating with grantees and partners. They also participate in national and international events and travel extensively to focus attention on the issues the foundation champions.
Gates began his major philanthropic efforts in 1994, when he created the William H. Gates Foundation, which focused on global health. Three years later, he and Melinda created the Gates Library Foundation, which worked to bring public access computers with Internet connections to libraries in the United States. Its name changed to the Gates Learning Foundation in 1999 to reflect its focus on ensuring that low-income minority students are prepared for college and have the means to attend. In 2000, to increase efficiency and communication, the two groups merged into the Bill & Melinda Gates Foundation.

In 1975, Gates left Harvard University in his junior year to focus on Microsoft, the company he founded with his childhood friend Paul Allen. As chief software architect and chairman, Gates led the company to become the worldwide leader in business and personal software, services, and solutions. In July 2008, Gates transitioned into a new role as chairman of Microsoft and advisor on some key development projects. (See Microsoft’s web site for more information on his work with the company.)

Gates also founded Corbis, which is developing a comprehensive digital archive of art and photography from public and private collections around the globe. He is a member of the board of directors of Berkshire Hathaway Inc.

Gates grew up in Seattle with his two sisters. His father, William H. Gates Sr., is a co-chair of the foundation and a retired attorney. His late mother, Mary Gates, was a schoolteacher, University of Washington regent, and chairwoman of United Way International. The Gateses have three children.