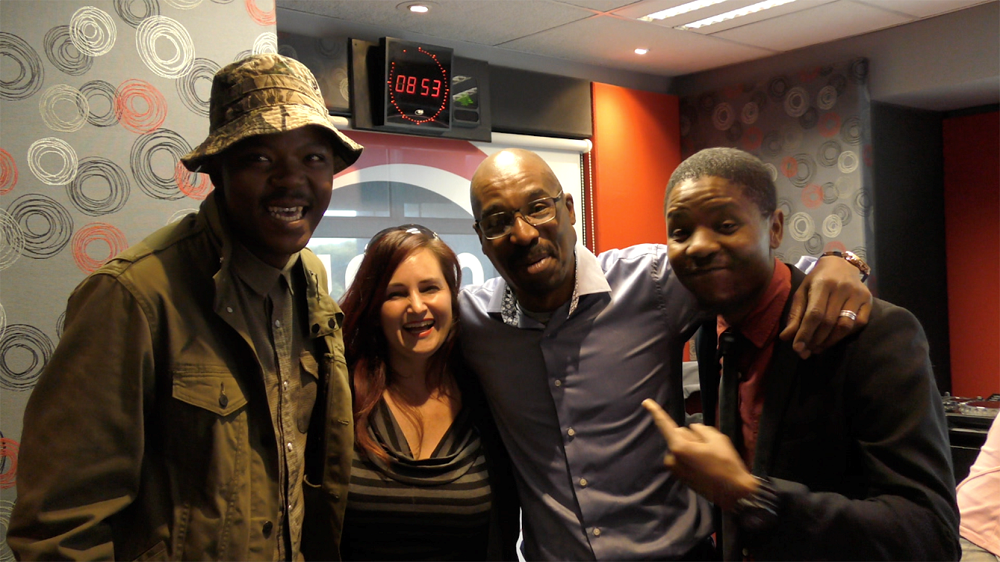 #YouGotGot promises one of the funniest episodes this week as Toll A$$ Mo and his band of “Outlawz” continue to create hilarious havoc wherever they go.

Legendary Kaya FM DJ Bob Mabena gets the surprise of his life when he is accused of stealing music while live on air. The 180 With Bob host and his co-host, the notorious Kuli Roberts, had no idea what was in store for them.

#YouGotGot’s new outlaw Eric takes to the streets of Witbank seeking advice on how to let go of his ex-girlfriend, revealing that he still has the last condom they used, and a chicken bone from her last meal. And Lindzy spontaneously bursts into song mid-conversation with the people in Hartebeespoortdam.

As if escalators are not awkward enough, Lindzy and Graham enhance the awkwardness when they start touching people’s hands and blowing them kisses at the Menlyn Shopping Park in Gauteng.

Taking funny to the next level, Oscar decides to make his home in the freezer at Raffi’s Appliance & Mattress store – frightening the unsuspecting shop-goers in the process.

Get your weekly dose of laughter by tuning into #YouGotGot on MTV (DStv channel 130) on Monday 13 June at 21:35 CAT for more crazy pranks and silly stunts.