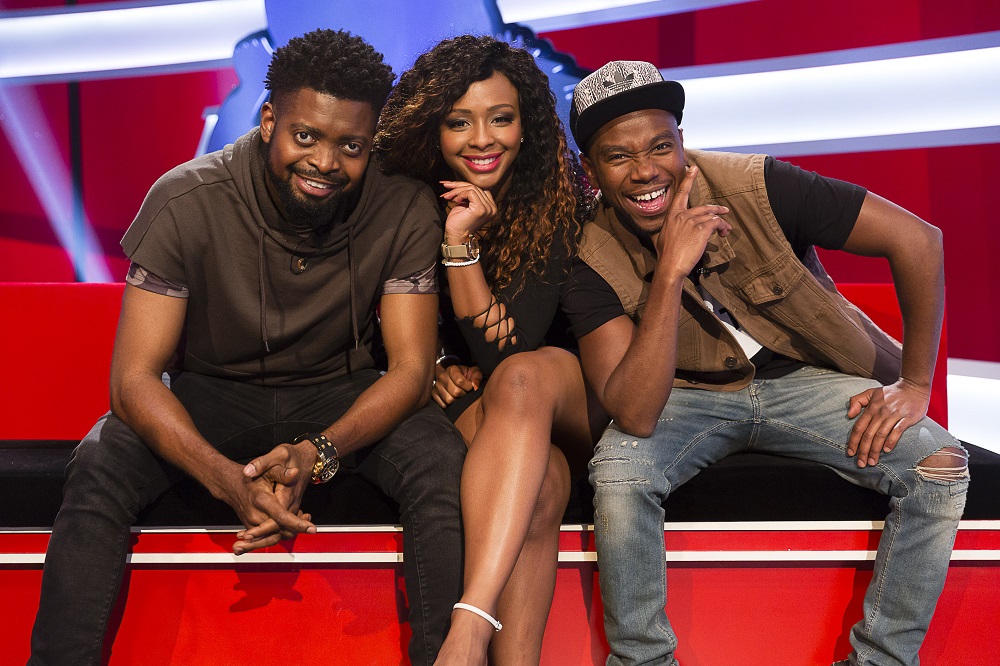 Don’t Try This At Home…

Johannesburg/Lagos, 26 April 2016: Insane antics, crazy stunts and life-threatening feats of senseless folly are all part of the scenery in Ridiculousness Africa, the new comedy video clip show that will have you gasping into your evening cocoa (MTV, DStv channel 130).

Hosted by small-but-perfectly-formed SAFTA award-winning actor, comedian and TV host, Thomas Gumede, Ridiculousness Africa hunts the length and breadth of the internet on your behalf seeking out the weirdest, the whackiest, and uncontestably the most stupid stunts ever committed to video. So, if you love to watch people doing strange, unusual and frankly idiotic things in boats, cars, bikes, pools, on trampolines and more, then this is the show for you.

Gumede will be joined by co-hosts, co-conspirators and “Club 808” presenter Boity Thulo and Nigerian comic genius Basketmouth as they laugh, shriek, hide behind the sofa, and generally dissect the jaw-dropping exploits of irrational peeps who just can’t control the urge to do something incredibly stupid in front of a camera.

According to Gumede, “I’m Ridiculousness’s number one fan and I’ve literally been glued to the screen since the first episode, so when I got the call it was like a summons from on high! I feel like I’m getting paid to do what I normally do – which is watch internet clips with my friends, and my co-hosts make my job easier because Basketmouth is funny and Boity is beautiful. We’re the dream team…”

Speaking about the host, Boity said, “We’ve been having so much fun on set, and I’ve been laughing so hard my sides hurt! I love the fact that Thomas and I get along – not to mention the fact that he is also my height – so all in all its going to be a great show!”

Added Basketmouth, “I’ve always been a huge fan of Ridiculousness, and I always dreamed of being a guest on the show, so it’s totally amazing to become one of the hosts. Just goes to show: dreams do come true!”

Bearing the warning “don’t try this at home” Ridiculousness Africa is the home-grown version of Ridiculounsess, MTV’s long-running video clip show hosted by Rob Dyrdek. The series is taped on location in Spain, with Gumede, Thulo and Basketmouth all currently in Madrid on location.

For more information on Ridiculousness Africa, visit MTV or MTV Base like us on Facebook at or MTV Base and chat with us on Twitter @mtvafrica, @mtvbasesouth, @mtvbasewest, using the hashtag #RidiculousnessAF.