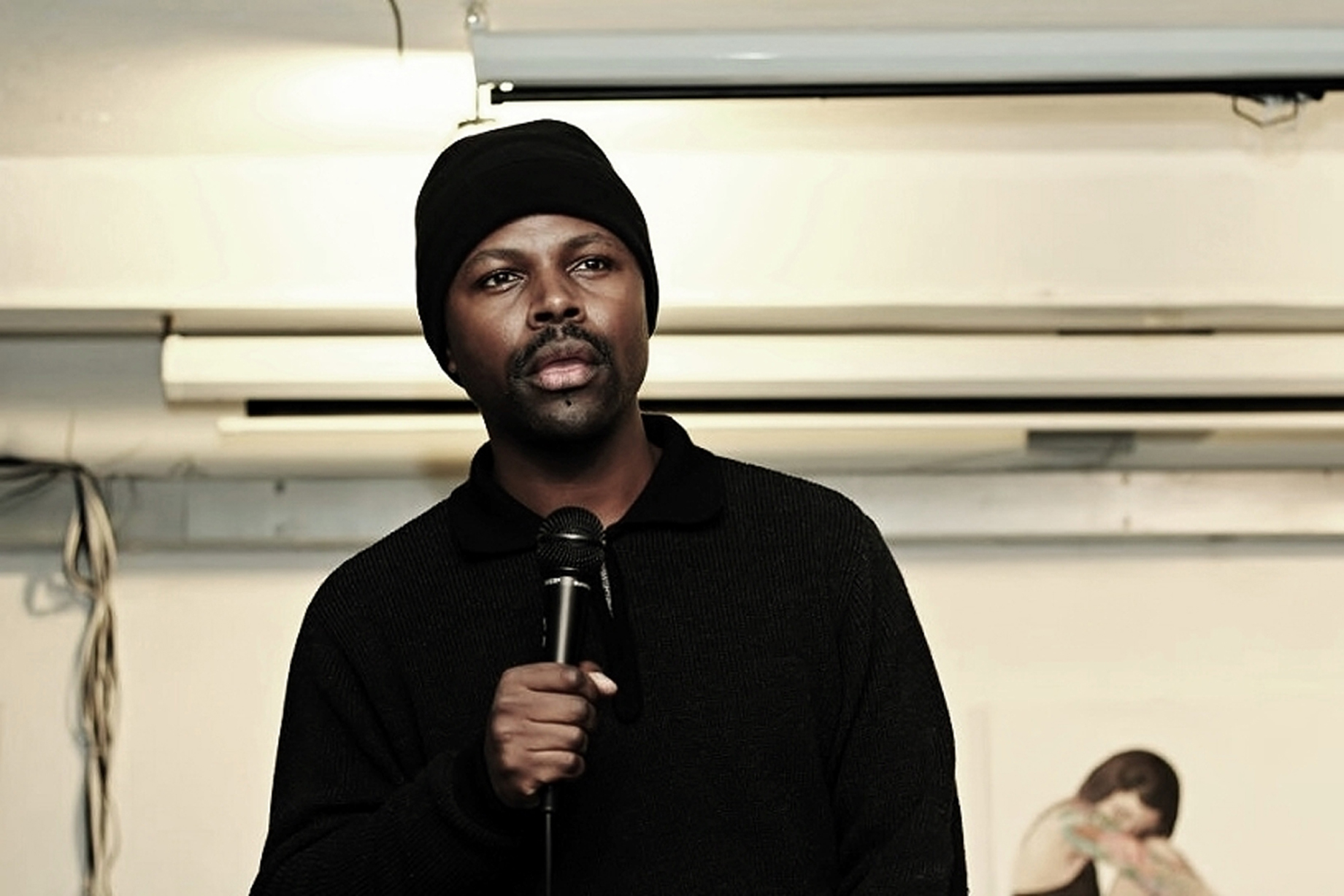 Mr Gee, declared a “charming and politically articulate street poet” by London’s The Times, is the supporting artist for superstar comedian, actor and author Russell Brand’s forthcoming SA shows as part of his “Trew World Order” Tour presented by Showtime Management in association with Phil McIntyre Entertainment with 94.7 and Comedy Central presenting the three Johannesburg shows at the Teatro at Montecasino on Tuesday, 29 September; Thursday, 01 October and Friday, 02 October 2015 together. Thereafter Russell Brand and Mr Gee will take to the stage at the Grand Arena, GrandWest, Cape Town on Saturday, 03 September 2015. #TrewTourSA.

Mr Gee previously toured with Russell Brand on the “Messiah Complex” Tour and he was the “poet laureate” for Russell Brand’s SONY Award winning Radio 2 Show. Fast becoming a household name in the UK, Mr Gee presents the BBC Radio 4’s “Rhyme & Reason“, “Bespoken Word” for which he received a SONY Award nomination and “Poetic Justice“. He is one of the current poets on Radio 4‘s “Saturday Live” and as well as the writer of current affairs poems for BBC regional radio. On the musical front, Mr Gee won the 2014 Independent Music Award for best Spoken Word Song: “Salvation” by Fold.

Hailed as ‘The most exciting comedian of his generation’ by Time Out Magazine, Brand is a popular performer and only limited tickets are available. Book now at Computicket. More information: www.showtime.co.za or Facebook.com/showtimemanagementsa, www.russellbrand.com. To experience one of the great value Montecasino Show & Stay packages to enjoy choice hospitality packages, call 011 367 4250, or email montecasino.reservations@tsogosun.com, for more info visit www.montecasino.co.za

Important information:
Show may contain course language and adult themes and is not recommended for children under the age of 12. Parental guidance is advised.

About Brand:
Russell Brand is an acclaimed, comedian, presenter, author and actor.

Beginning his career as a stand-up comedian, Brand rose to fame in 2003 for his appearances on MTV and on “Big Brother” spin-off, “Big Brother’s Big Mouth.”

After his phenomenal success as a standup Brand turned his attentions to Hollywood where in 2008 he was seen as rocker ‘Aldous Snow‘ in the Judd Apatow-produced box office hit comedy ‘Forgetting Sarah Marshall’.

Since then Brand has starred in several films including ‘Rock Of Ages’, ‘Arthur’, ‘Hop’, ‘Get Him To The Greek’, ‘Bedtime Stories’, ‘The Tempest’, ‘Paradise’ and the voice of ‘Dr. Nefario’ in the hugely successful ‘Despicable Me’ series.

Brand is also an acclaimed author, and has written two books, “My Booky Wook: A Memoir of Sex, Drugs and Stand-Up,” and the follow up, “Booky Wook 2: This Time It’s Personal.”

His most recent stand-up show is the critically acclaimed ‘Messiah Complex’, a DVD of which was released in December 2013.

This February Russell launched a YouTube series, The Trews, offering his own unique take on current affairs, which has rapidly grown to a million subscribers. He also started a twice -weekly podcast, The Russell Brand Podcast, where he was reunited with his former radio partners Matt Morgan and poet Mr. Gee.

Russell opened The Trew Era Café in March 2015 on the New Era estate, a social enterprise community project funded by his profits from his ‘Revolution’ book.