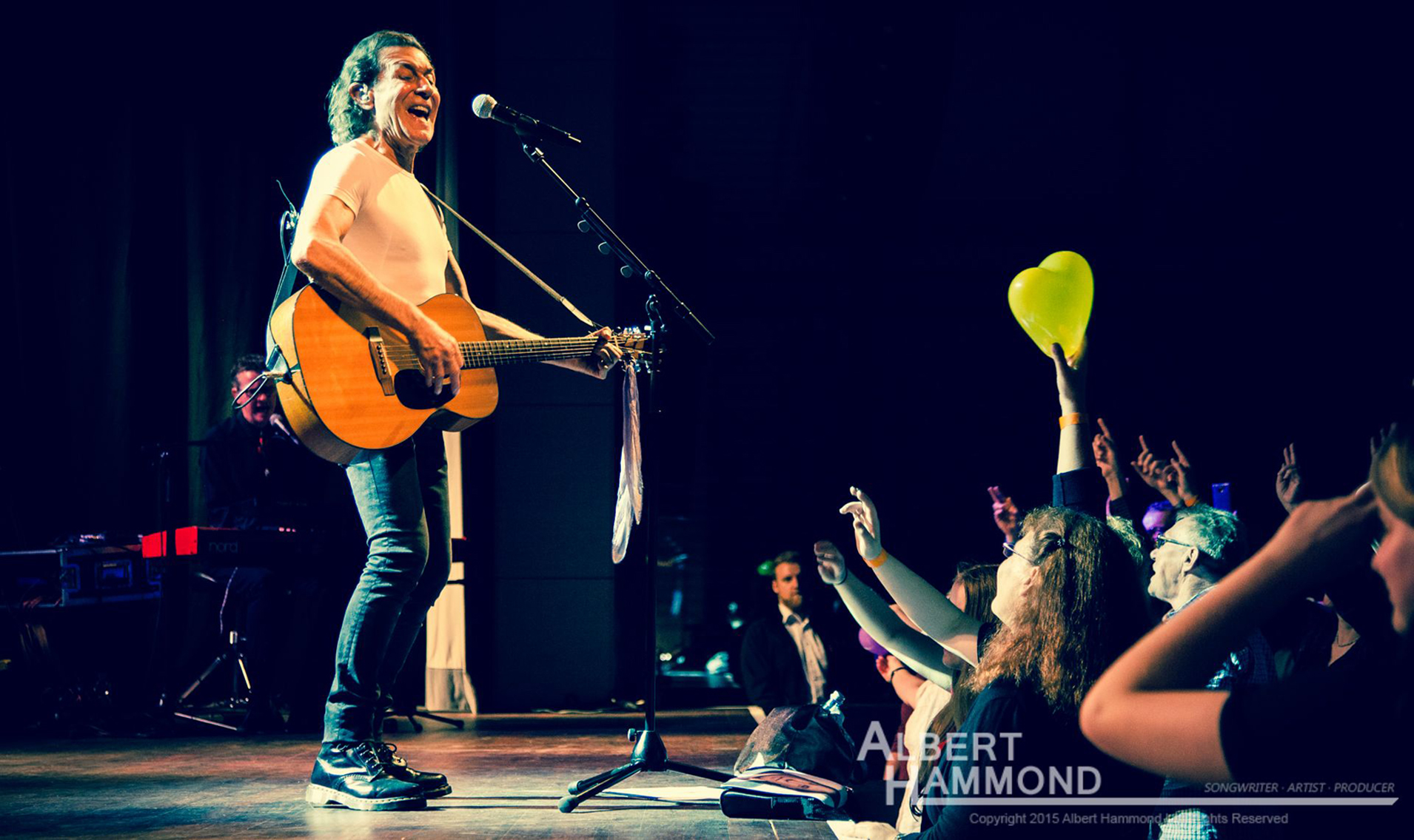 Perhaps better known for his chart-topping hits, It Never Rains in Southern California, Free Electric Band, I’m a Train and Peacemaker Albert Hammond is currently touring Denmark with his Songbook world tour. He then performs across Norway before arriving in South Africa. Whenever, whereever Albert Hammond takes to the stage he receives ovations. Last month, eight shows were sold out in Ireland and his German 2015/2016 concerts are running at almost 100% capacity. Albert Hammond enjoyed enormous success in 2014 when he performed in Potchefstroom, Johannesburg and Cape Town. Soon he’ll be back in SA! “I feel loved when I am on stage. I just want to be where people love me.” says Hammond.


Albert wrote several highly successful memorable songs including Nothing’s Gonna Stop Us Now (Starship – nominated for an Oscar, Golden Globe and Grammy), I Don’t Wanna Live Without Your Love (Chicago), Through The Storm (Aretha Franklin & Elton John), Don’t Turn Around (Aswad, Neil Diamond, and Ace of Base who had a top 3 worldwide hit), Give A Little Love (Ziggy Marley & The Melodymakers), It Isn’t, It Wasn’t, It Ain’t Ever Gonna Be (Whitney Houston & Aretha Franklin), Don’t You Love Me Anymore (Joe Cocker), and many of these were written with frequent collaborator Diane Warren.

In 1988, Albert, along with John Bettis, had the chance to write the theme song for the Olympic Games in Seoul, Korea, “One Moment In Time,” which went straight to the top of the charts worldwide by Whitney Houston, and it also won Albert his first Emmy Award. The last decade has brought another round of great artists to record Hammond compositions: Josh Groban, Westlife, Michael Ball, Spanish singer José Carreras and Cliff Richard and many others. On 19 June 2008, Hammond was inducted in the Songwriters Hall of Fame.

One need only listen to his work from the past fifty years to see the mark he has left on popular music – a vast array of modern-day standards that are known the world over and have so deeply touched the lives of us all.