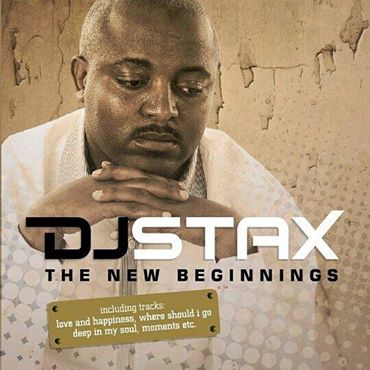 Mthatha, Eastern Cape, 10 December 2014 – iTouch Recordings is thrilled to announce the release of the debut album from DJ Stax.

The New Beginnings is a deep and soulful house music album from an independent record label based in Mthatha. It is the first ever house music album to be released by a record label based in Mthatha. The album features artists like: Darian Crouse (USA), Erickas Voice (USA), Rocio Starry (SPAIN) as well as South African based artists including: Morzaq DefVillage, Scelo Gowane, Ozman The Producer, Mpeshnyk, Cuebur (Soul Candi Records). The ZoneOuts, PavNation.

DJ Stax is one of the top djs based in Mthatha, Eastern Cape. He was instrumental in the development of Durban entertainment scene dating back from 1998 and has been a dj since then. He has been a resident dj in different clubs in Durban, Cape Town, Pietermaritzburg and has been in counties including: Swaziland, Lesotho, Botswana, Angola and Namibia. He is also a founder of iTouch Recordings a company based in Mthatha that has worked with different artists globally.

THE ALBUM IS AVAILABLE IN ALL MUSICA, TOP CD AND MUSIC MIX STORES

1 thought on “The New Beginnings by DJ Stax”