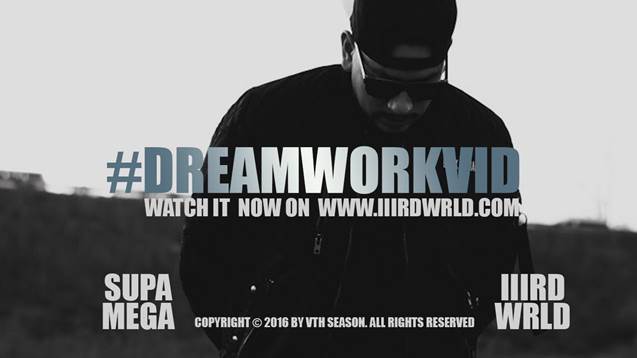 The Dreamwork music video premiered on Channel O last week and trended on Twitter for 18 hours with around 200 MILLION impressions! Notably, these types of impressions are rare and more in line with worldwide trending events.

The demand for the online version of the Dreamwork music video since its release has been like none other, with both fans and media requesting the video on a daily basis. #DreamworkVid trended all day yesterday when AKA announced that the music video was coming soon and again when it dropped at 11pm SAST. Fans in SA stayed up and fans outside of SA, like the USA also watched the video.

Much of the audience from social media reaction to AKA’s Dreamwork video was outside SA which is highly fitting as AKA has USA show dates on the East and West coast coming up. AKA has received his second BET Award nomination in the category Best International Act (Africa) and will perform at the BET experience on 25 June 2016, and will also perform in Brooklyn, New York on 4 July 2016. Other acts scheduled to perform at the BET experience include the likes of Snoop Dogg, Nick Cannon, Rae Sremmurd and Desiigner just to mention a few. Even as his international stardom grows, AKA will always be proudly South African and returns home to perform at the landmark arts and culture festival in Grahamstown on 7 July 2016.

Don’t forget to vote for AKA’s “Baddest” for the SAMA Record of The Year!