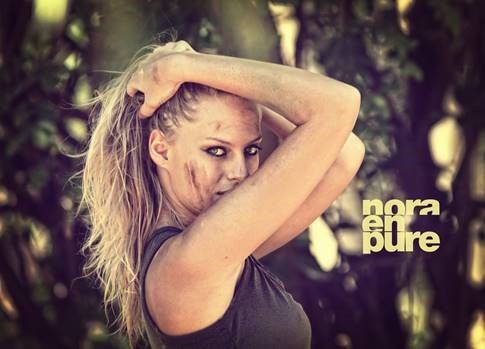 South African-born international Deep and Indie House sensation Nora en Pure will be in SA as part of her three-city tour this March.

Best known for her breakthrough track ‘Come With Me’, which catapulted her into the spotlight in 2013 and remained at the top of global charts for over seven months, Nora has already played at some of the most incredible dance music events around the world, including Ultra Music Festival Miami, Mysteryland USA and Webster Hall New York City.

Now local fans will have the chance to experience her live at three shows only.

Ranked number 10 in the Beatport most charted artists in 2015, last year was undoubtedly Nora en Pure’s most prolific to date with a series of refreshing remixes and originals released on the Enormous Tunes imprint. Nora’s ‘Into The Wild’ EP, which included the colossal ‘U Got My Body’, kicked the year off. ‘Saltwater (2015 Rework)’ followed and went straight to the Beatport Top 100 Charts, remaining in the Top 50 for months after its release.

Only two months into 2016, Nora has already released a new track: Nora en Pure & Redondo ‘I Got To Do’ (https://soundcloud.com/spinnin-deep/nora-en-pure-redondo-i-got-to-do-available-february-22), with another track — Faithless ‘I Was There’ (Nora en Pure Remix) — to be released soon.

An awesome supporting line-up will be announced for each city soon.

About Nora en Pure
Nora En Pure is the Swiss Deep & Indie House sensation that is rippling through the dance music world with her beautiful blend of electronic beats.
Leading listeners out of the darker realms of deep house with intricate instrumentals and enlightening melodies, every track she gets her hands on turns to gold, and every performance she gives leaves the audience in awe.