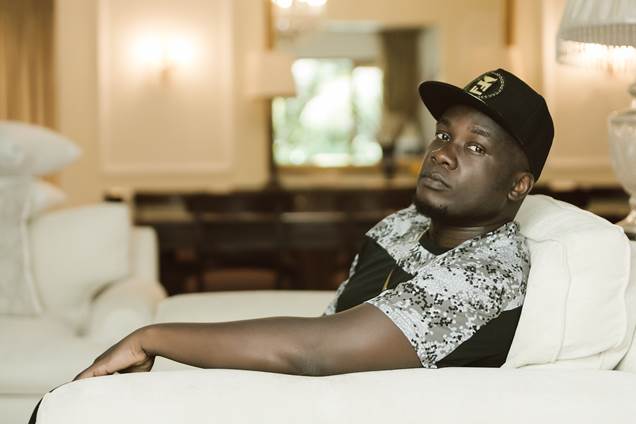 Obita’s Fihla featuring Pitch Black Afro & Vertigo Man addresses a few issues about how we get ourselves engulfed in the world of lust. Fihla, a Zulu word which means hide, is a cry to all women both young and old not to show off their “goodies” as it always results in a bad experience.

“My intention was to release a thought provoking track as I feel music with relevant subject matter is missing from today’s hip hop music. The content matter of Fihla is somewhat controversial, but I hope it will create a positive dialogue amongst my fellow musicians and fans, and be well received across the country” expresses Obita.

Obita is no stranger to the South African music scene. He received his claim to fame with his hit single, Let The Beat Bang; his track I Want You featuring multiple award winning Loyiso is still widely requested today; and his single Everybody Dance saw him win the ‘Most Gifted East Artist’ Music Video at the Channel O Awards in 2010.

Obita has performed at intimate corporate black tie events, to 35 000 strong crowds, right up to national television broadcast events such as Miss South Africa where he performed for two consecutive year. Obita performed at the FIFA Soccer World Cup opening concert in 2010; he has also performed at festivals such as Oppikoppi; and was invited to host the Republic of Extra Cold event in 2014 upon his return from the United States. Obita’s secret to success is simple – the people must move.

Industry quotes about Obita:
“The illest rhymes FHM has heard in years. We’re rocking this CD so much we’re going to wear a hole in it” – FHM Magazine March

“Obita’s combustive stage presence and impeccably-delivered verses just make you want to bounce. And the 700 strong crowd is doing exactly that as he belts out a litany of rhymes” – Oppikoppi review by Brendon Bosworth (Music Journalist)

“Once you’ve experienced Obita perform Live, it’s hard to accept anything less from any other MC. The fact that his lyrics and flow matchup is the reason why we, here at Hype, think that he’s someone to pay close attention to. He means business and is not to be taken lightly-ever” – Hype Magazine