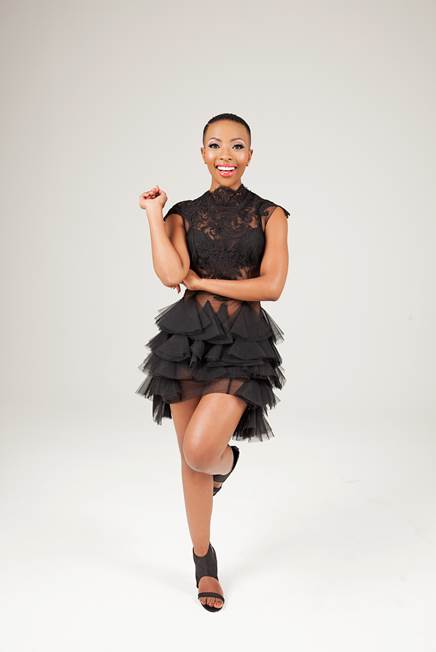 Johannesburg, Monday, 18 April 2016 – Television Presenter, Radio Host and Producer, Pearl Modiadie, hits an important milestone in her career as she celebrates 10 years in the Media Industry.

Pearl Modiadie’s contribution to the Media Industry over the past decade started with her as a child presenter, presenting shows such as Sistahood, Shiz Niz, Craz-E World Live and Frenzy. She began her radio career on YFM from 2009-2013; she played the role of Kefilwe on etv’s Scandal in 2012/2013; she hosted Kasi to Favelas (A Primetime soccer lifestyle show on SABC 1) during the 2014 World Cup and in 2015 and she was one of the celebrity contestants on Strictly Come Dancing and made it to the Top 5.

“Time flies when you are having fun. I can’t believe it’s been 10 years already since my TV Presenting days on Craz-E. I’ve had the privilege to interview some of our countries legends and people I grew up admiring and drew inspiration from. My experience thus far has been invaluable and humbling and I look forward to celebrating another 10 years doing what I love” shares Pearl Modiadie.

Pearl Modiadie’s desire to be on TV as a presenter, was stirred as a teenager when she would appear on various soapies as an extra or as a studio audience member on shows such as YOTV, Jam Alley and the Felicia Mabuza-Suttle Show. She learnt to understand the importance of her role as an extra and audience member, but her heart was fixed on being on set, talking into the camera. Inspired by Felicia Mabuza-Suttle and her talk show, as fate would have it, Pearl Modiadie now hosts one of the most watched local talk shows in the country.

Connect with Pearl Modiadie on social media to follow her on her 10 year milestone journey.