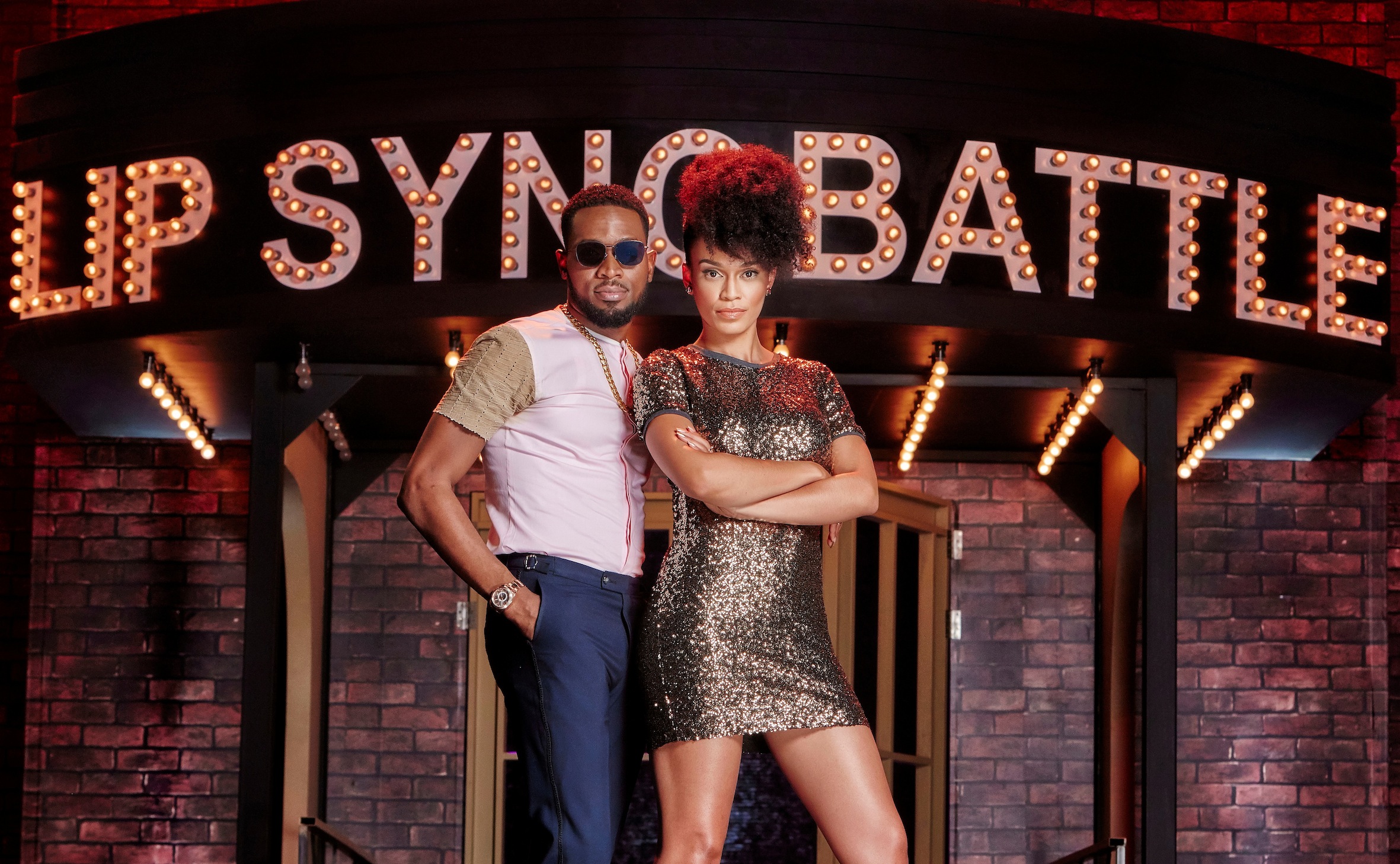 Hold On To Your Microphones! Pearl Thusi & D’banj Set to Sizzle As Hosts of “Lip Sync Battle Africa” First Local Version of Lip Sync Battle To Air in Africa from April 2016

South African entertainment superstar Pearl Thusi and Nigerian music legend D’Banj will host Lip Sync Battle Africa. Pearl Thusi will serve as all around host and “master of ceremonies”, while “Koko Master” and “Oliver Twist” star D’Banj will step up as the “colour commentator”, adding his lively observations to the proceedings.

The critically acclaimed and award-nominated Lip Sync Battle, originally created for Spike, features celebrities going head-to-head, lip-syncing the song of their choice, battling for the coolest bragging rights on the planet.

Musician, wit and virtuoso harmonica player D’Banj, best known for his mastery of the contemporary Afrobeat genre, first catapulted to fame in 2005 following the release of his debut album, No Long Thing, and has subsequently enjoyed success with global hits such as “Oliver Twist”, “Fall in Love” and “Suddenly”. His latest release, “Emergency”, is grabbing headlines and notching up radio airplay around the continent. Among his many accolades and awards, D’Banj has won Best African Act and Artist of the Year at the MTV EMAs and MTV Africa Music Awards (MAMA) and was named Best International Act (Africa) at the BET Awards.

Pearl Thusi commented, “Lip Sync Battle is such an incredible social, cultural and media sensation, I am so excited to be a part of bringing it to African audiences.”

Added D’Banj, “It’s an honour and a privilege to be hosting Lip Sync Battle Africa. I’m excited, willing and ready to entertain the continent on such a great platform. I am looking forward to seeing how well my fellow celebrities battle each other and entertain the world.”

Alex Okosi, Senior Vice President & Managing Director, VIMN Africa, commented, “We are thrilled to translate this global hit franchise to Africa for the first time. With huge personalities such as D’Banj and Pearl Thusi at the helm, Lip Sync Battle Africa cannot fail to emulate the success of the franchise in the United States, and spin-offs in other territories such as the United Kingdom, Canada and Chile.”

Dillon Khan, Head of MTV & VH1, Africa, said, “With great chemistry between our hosts and a fantastic line-up of contestants from across the cultural spectrum, Lip Sync Battle Africa is guaranteed to capture the attention and affection of our audience in Africa. Whether you are 15 or 55 years old, you’ll be “lip syncing” in the car, with your friends, or in the shower. We hope and expect that people will take to social media and tag each other to start battling each other with #LSBChallenge.”

Keshni Rajoo, Head of Local Productions at e.tv, said: “Pearl Thusi and D’Banj are the perfect combination of hosts for Lip Sync Battle Africa. The high-energy format of the show will be complimented by the two hosts who are massive stars of the entertainment industry on the African continent. Our home-grown talent will be given the opportunity to show off their lip sync skills alongside some of the biggest names in Africa. e.tv is proud to be a partner of Lip Sync Battle Africa and we cannot wait to see Pearl Thusi and D’Banj on e.tv screens.”

Get your regular dose of Lip Sync Battle Africa on MTV every Thursday from 14 April at 20:50 CAT and on MTV Base at 11:30 CAT every Saturday from 16 April. e.tv viewers will be singing along every Saturday from 23 April at 18:30 CAT. Viewers will also be able to enjoy Lip Sync Battle Africa in high definition (eHD) on both OpenView HD (Channel 104) and DStv (Channel 194).

About e.tv
e.tv is South Africa’s first and only free-to-air television channel, reaching 17 million daily viewers in 6.9 million households. The channel features a variety of news, soapies, reality, local drama, blockbuster movies and general entertainment for the whole family. In addition, e.tv’s Multichannel division produces a number of entertainment channels for the OpenView HD satellite platform – including eKasi+, eNolly+, eToonz+, eMovies+ and Beatlab.tv, and the eAfrica channel for sub-Saharan Africa.