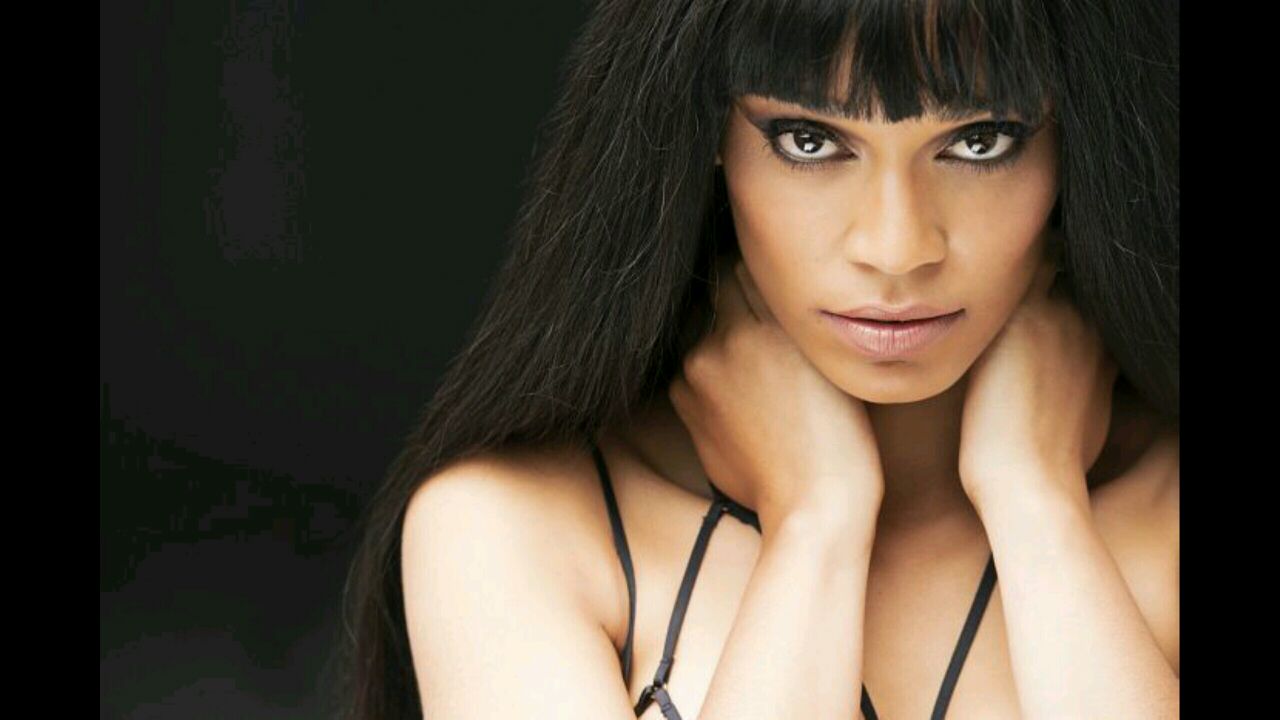 Cape Town, South Africa (April 15, 2016) – South African presenter and actress Pearl Thusi has landed a major role in the upcoming international heist film, ‘The Blue Mauritius.‘ The film is about five international thieves hired by a mysterious person from Mauritius to steal the most valuable stamps in the world.

Thusi is set to play the part of Makeda, a sexy, gun toting, motorcycle riding femme fatale, who works for a German art dealer who is also out to steal the precious stamps, which collectively holds the secret to a treasure on Mauritius. The film will be produced by New York based D Street Pictures and Cape Town’s Kaapland Films (Klein Karoo, Mooirivier). Executive produced by Dexter Davis and the American actor, rapper and presenter Nick Cannon (Chi-Raq, America’s Got Talent).

Davis had this to say about the casting. “We’re thrill to have Pearl Thusi join our incredible cast of international movie stars. Ms. Thusi is in a league of her own and a force in the South African television and film industry. The producers and I agreed that no one was better suited to play Makeda, a character that was written specifically to show the strength of a beautiful, powerful and determined woman.”

Cape Town based producers Tim Theron and Cobus van der Berg have been developing the project with their American counterparts for a while now and see ‘The Blue Mauritius’ as a model for the kind of commercial films that can be produced in South Africa with a South African storyline and cast for the international market.

Cobus van der Berg added, “It’s very exciting to be able to showcase SA talent alongside well respected and seasoned actors from around the globe. Kaapland Films is dedicated to changing the narrative about South African movies and their so-called inability to travel abroad. We know we have much work to do, but this is a wonderful opportunity to create real change.”

Van der Berg’s partner, Tim Theron went on to say, “The Blue Mauritius is a very commercial film and a genre that audiences typically love. You can say it’s a cross between Ocean’s Eleven and National Treasure, which were big successes around the world. I can’t wait to show the world the glamorous side of Cape Town and the amazing talent we have in our country.”

Glamorous side indeed, the film will be shot primarily on location in Cape Town and will feature some of the hottest spots around the Mother City. Production begins in August, with additional cities such as London, Paris, Berlin and Tokyo thrown into the mix as they’re also part of the story where other Blue Mauritius stamps are housed, but the main and most important stamp is on exhibition in a highly secured museum in the city of Cape Town.

In addition to filming in Cape Town, the executives will use the South Coast to fill in for Mauritius with Port Shepstone being the town of choice to film in towards the end of the eight week production.

American producer Dexter Davis is no stranger to the South African film industry. He executive produced the Afrikaans film Musiek vir die Agtergrond, and his distribution arm, D Street Releasing acquired another Afrikaans film, Roepman for the U.S. market. D Street plans to set up its South African operations later this year and will team up with Kaapland in a joint venture that would give the new South African company access to North American distribution on a continuous basis.

“I’ve been working in and around the South African film industry for the last five years and like my producing partners, I believe South Africa is rife with opportunity on an international scale. We’re not going to just talk about SA being a viable film industry, we want to be ground breaking in our efforts to help it grow. With our American sensibility, access to Hollywood and good development skills, paired with South African talent, the multitude of diverse stories coming from this beautiful country and Africa as a whole, I believe it’s a win-win for everyone,” concluded Davis.

And that’s not all, the producers have asked South African Idol’s host, musician, radio personality Unathi Msengana and the great Don Laka to write and perform the theme song for the film’s soundtrack. They’re going for a James Bond like theme with African influences. The soundtrack will be executive produced by legendary music producer Rick Wak who won the Oscar for the soundtrack to the film Chicago.