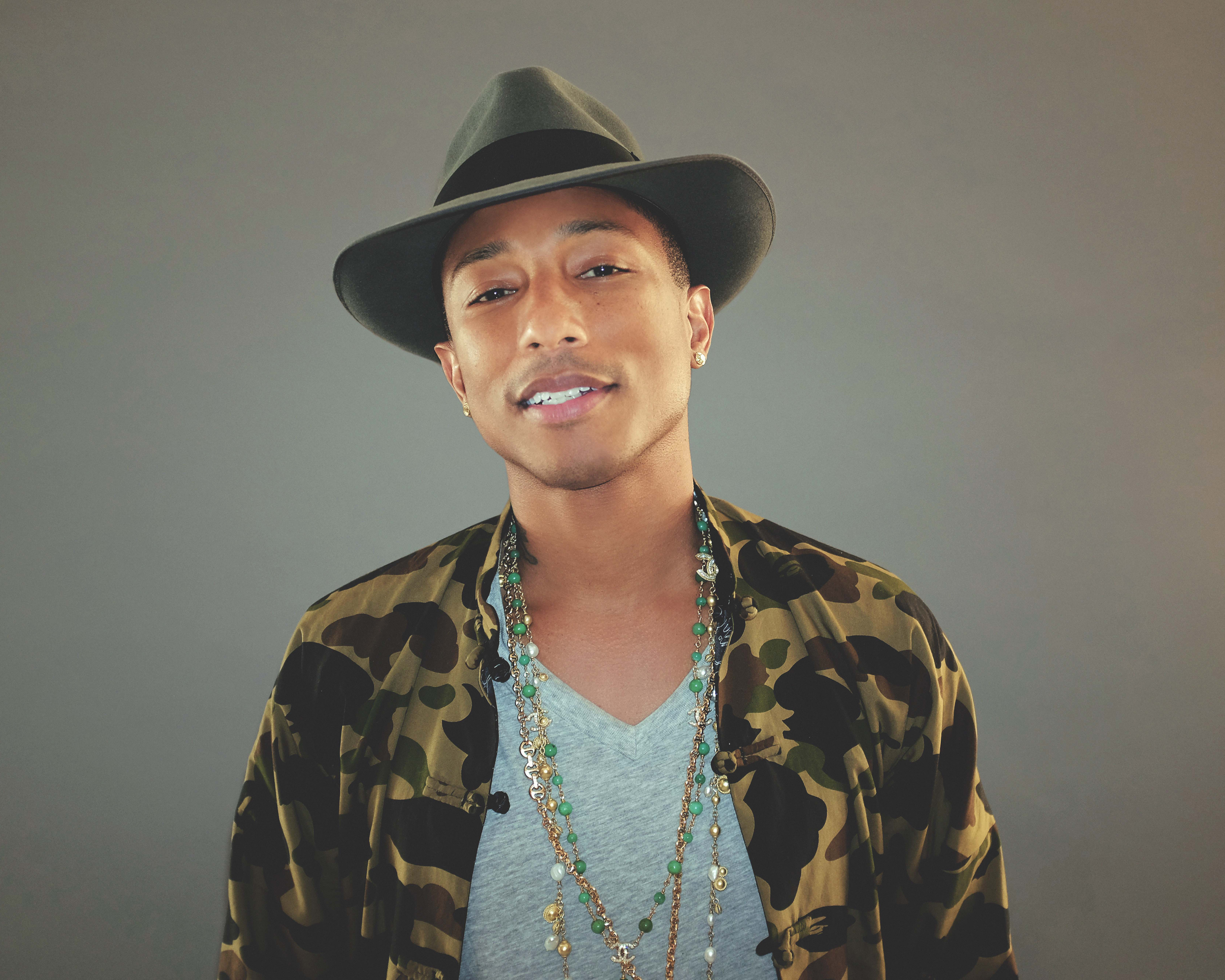 Big Concerts in partnership with Woolworths are pleased to announce that Grammy award winning producer and performer Pharrell Williams will perform 2 public concert dates in September 2015.

Tickets for the public go on sale Friday 29th May at 9am. Tickets can only be purchased online through www.bigconcerts.com.

Woolworths cardholders enjoy an exclusive 2-day pre-sale access, and can purchase tickets from Tuesday 26th May at 9am through to Wednesday 27th May at 9pm. Tickets are limited, available while stocks last. The pre-sale ticket link will be sent directly to cardholders by email.

Pharrell Williams is a creative force, using music, fashion, and design to express his distinctive style.

From his beginnings as a teenage prodigy and multi-instrumentalist in Virginia Beach back in the early 90’s, through enough hits to earn him Billboard’s Producer of the Decade in 2010 with over 100 million copies of his productions sold worldwide. Williams has helped create such classics as Daft Punk’s “Get Lucky”, Robin Thicke’s “Blurred Lines”, Nelly’s “Hot in Herre”, Jay-Z’s “I Just Wanna Love U (Give It To Me)”, Britney Spears’s “I’m a Slave 4 U” and Justin Timberlake’s “Like I Love You”.

Williams also worked with Chad Hugo and Shae Haley creating an unpredictable hybrid as part of the alt-rock/hip-hop group N.E.R.D with hits ‘She Wants to Move’ and ‘Rock Star’. Pharrell also received a 2014 Academy Award Nomination for his original song “Happy” featured in the animated film Despicable Me 2. “Happy” remained atop the Billboard Hot 100 chart for ten consecutive weeks, peaked #1 on iTunes in 103 markets worldwide, and was the lead single off of his album “G I R L”, his second solo album, released in March 2014, including smash hit singles “Marilyn Monroe”, “Come Get It Bae” and “Gust of Wind”.

On the 9th of April 2015, Pharrell announced his collaboration with Woolworths on the “AreYouWithUs?” campaign, a creative partnership aimed at uplifting education and environmental sustainability in South Africa.

The strategic collaboration is the first of its kind for a South African retailer, and will see the global superstar and the business align their values and actions to make a difference in the lives of people, and the planet. Williams takes on the role of Style Director in a ground-breaking collaboration across a series of sustainability-focused projects. The partnership is a strategic one, grounded in a strong set of shared values.

“Pharrell is a global icon for social cohesion, advancement through education and environmental awareness – these same values lie at the heart of our business and form the foundation on which this partnership is built. We hope Pharrell will help us make sustainability cool for the next generation of South Africans and help us create a better future for our children, our country and our planet” says CEO of Woolworths, Ian Moir.

The Woolworths Good Business Journey is the driving force behind the partnership between Williams and Woolies. Launched in 2007, Woolies’ GBJ is a commitment to ethical trade, sustainable farming and production methods, as well as social responsibility. The call-to-action for the collaboration is “Are you with us?” and it asks customers to pledge their allegiance and support for the Woolworths Good Business Journey.

To learn more go to www.woolworths.co.za/areyouwithus.

Tickets go on sale Friday 29th May 2015 at 9am from www.bigconcerts.com only

If you don’t have a credit card we recommend you get VCpay. It is a mobile application that enables mobile devices to generate virtual MasterCards that can be used to pay online. Once the app has been downloaded, the user follows a simple registration process to enable both the app and their VCpay account. VCpay provides a wide range of funding options for your VCpay account, from paying into your uniquely generated EasyPay number at Woolworths till points nationwide, to transferring money via EFT or linking a credit card. Depending on the transfer option, it can take between 5 minutes to 24 hours for the funds to be transferred to your VCpay Account, so get ready and be sure to deposit your funds as soon as possible so you can be first online to buy your Pharrell Williams tickets with your very own VCpay card. Available on Android, iOS and Windows phone. For more info visit www.vcpay.co.za/blog