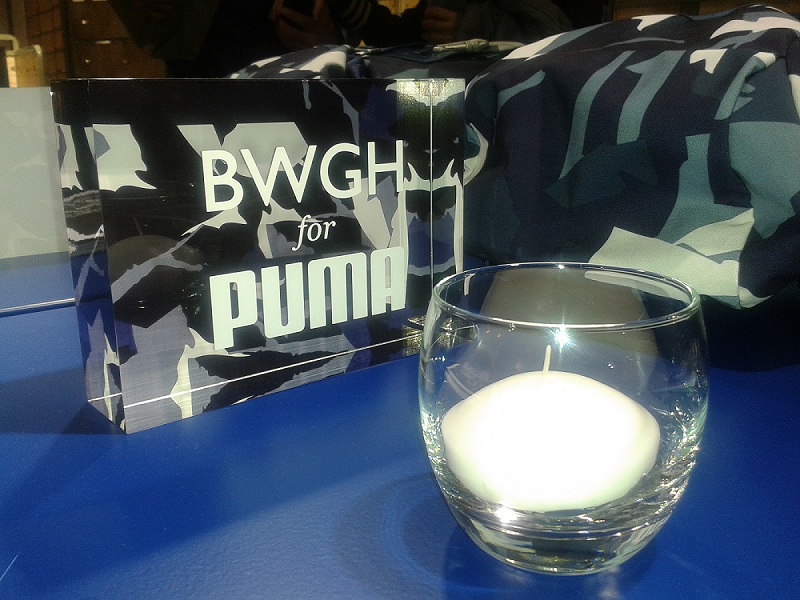 Definitely a well planned launch, I have to say. Now we can easily establish that I’m not a fashion blogger but bare with me, they had live performances and DJs in there lineup.

PUMA was launching it’s PUMA Select store in Braamfontein. They did a good job of closing off De Korte street to Melle street on Junta street. They had JMPD and private security there. So good initiative was taken in advance.

Thanks to THE WKND SOCIAL for the tickets.

Entering the event, I bumped into Gift from The Guide Mag, a friend I met through events. I knew it was going to be cool. Interesting people to mention that I bumped into were Scoop Mkhathini from BoyznBucks and Jerry Mokgofe from According To Jerri, who were more than happy to take a picture with me. Nomanqoba Mthembu from Project Found was also there and I knew she would be there as she is in the fashion industry, she was just shocked to see me.

The venue wasn’t overcrowded but the turnout was awesome and people were well behaved, which is important to note because we had free drinks and food. The music was on point, alternating from Dubstep, Hip Hop, Progressive House and more. Easy to understand when the lineup had Yo Grapes, Special Guest, Micr.Pluto and BLK JKS Soundsystem. There were also really cool visuals on screen, with another screen feeding people’s tweets and Instagram posts live. We also had a 30% discount on all in store products. A major coolness factor is that we were offered Craft Beer. Not that I have a problem with the beer we’ve all grown up around but supporting craft beer showed that they care about the community. A big shout out has to go to catering, the food was awesome.

The best part was the ability to socialise and share thoughts with people in the fashion industry.

The look and feel of the new store is cool, enough mirrors every where, free WiFi, free coffee and really useful information on products. It doesn’t clash with PUMA store up the road from it as they have different target markets. Whether it’s a good location is up to you, I’m in between but with more events to take place there, you have to admit that they planned everything well.

I thoroughly enjoyed myself.