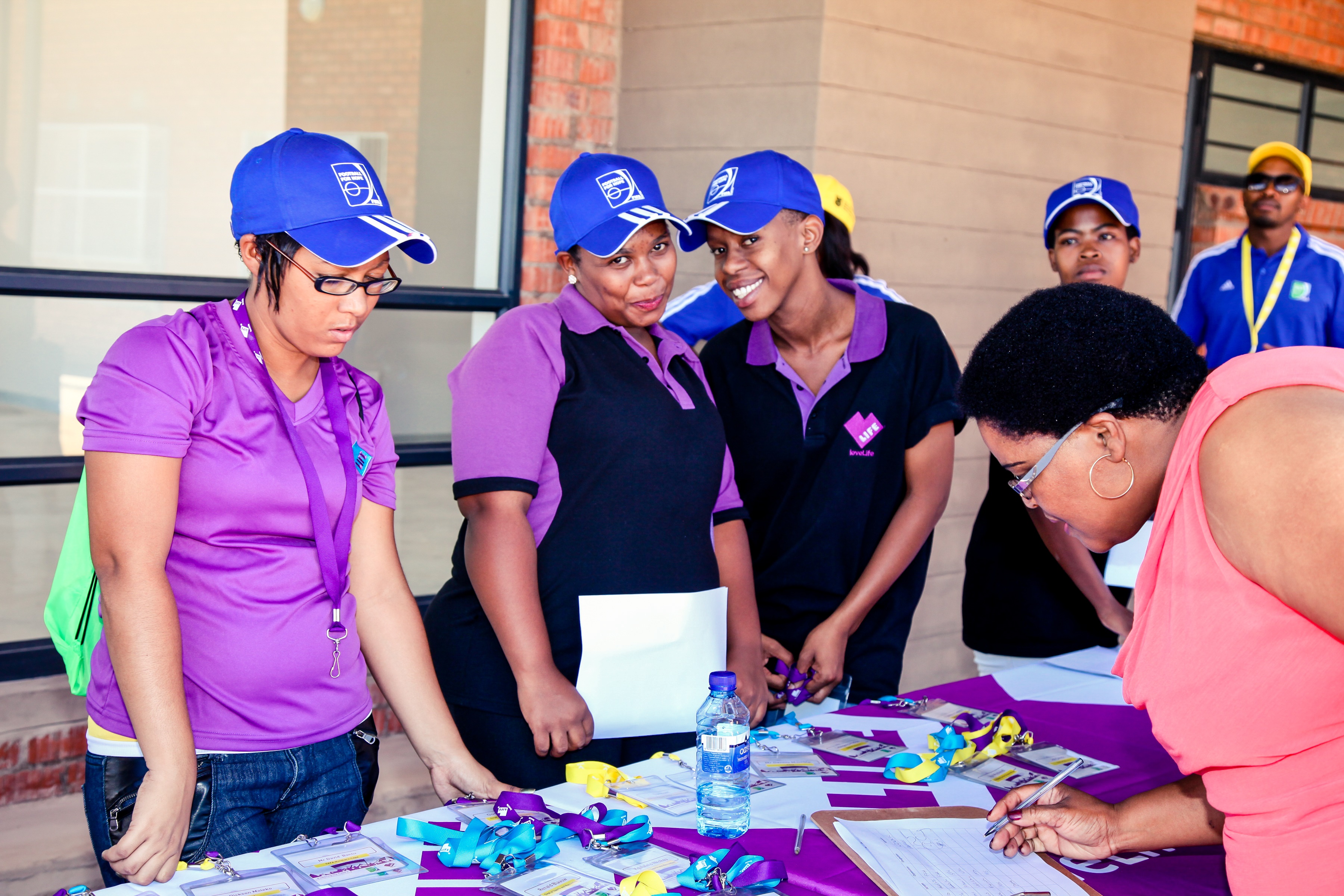 Johannesburg, 6 April 2016 – Qhubeka and loveLife have signed an MOU for a new programme that will see loveLife youth volunteers mobilised with Qhubeka Buffalo Bicycles. The programme, which will see the first bicycles distributed in July 2016, is aimed at helping the loveLife volunteers, known as groundBREAKERs and mpintshis, to implement community programmes more effectively and efficiently through the use of bicycles.

Qhubeka is an Nguni word that means to “to carry on”, “to progress”, “to move forward”. Qhubeka is part of World Bicycle Relief. World Bicycle Relief is a global non-profit organisation transforming individuals and communities through The Power of Bicycles. Since World Bicycle Relief’s founding in 2005, it has delivered more than 275 000 specially designed, locally assembled Buffalo bicycles to people in need.

loveLife programmes are implemented by a national youth volunteer service corps known as groundBREAKERs. The groundBREAKER Programme is a youth development initiative that equips young people, through voluntary service, with the skills and motivation they need to continually give back to their communities, better themselves and those around them.

The mpintshi programme is a leadership development programme for in- and out-of-school youth who want to develop their ability to guide others on a course of constructive action. Together, the groundBREAKERs and mpintshis play an important leadership role in their communities, furthering social change.

Qhubeka Executive Director Sarah Phaweni explains that with a bicycle, a youth volunteer’s carrying capacity is increased five times. “For every 16km travelled, a bicycle saves three hours of valuable time. Over the same period of time, youth volunteers riding bicycles can travel four times the distance than if they were walking,” she says. “We believe that through the increased mobility of loveLife groundBREAKERs and mpintshis, there will be an increased impact in the communities in which they work. This speaks to Qhubeka’s commitment to helping people move forward and progress with bicycles, and we are thrilled to be partnering with loveLife on this initiative.”

“A bicycle in the hands of a loveLIife youth volunteer means more time to implement loveLife’s healthy sexuality, positive lifestyle and skills development programmes,” says Nomxolisi Malope-Rwodzi, Senior Manager: Games and Schools at loveLife. “This in turn means groundBREAKERs and mpintshis can reach more youth in the communities we serve, which tremendously improves our ability to create better futures for many more young people in South Africa”

The groundBREAKER mobility project will require groundBREAKERs and mpintshis to sign a contract whereby the bicycle becomes their personal property on graduating from their respective programmes in return for their work in implementing loveLife programmes.

groundBREAKER Alumni will also be trained as bicycle mechanics (one mechanic per province), providing economic opportunities within the communities and ensuring that bicycles are well maintained. Bicycle recipients will also be required to make a nominal monetary contribution towards their local youth centre’s bicycle maintenance cost, which will fund the stipend for the local mechanic and purchase of spare parts.

The aims of the groundBREAKER Mobility Project are to improve the implementation of community based programmes through mobility, improve fitness and wellness of loveLife groundBREAKERs and mpintshis and assist them in saving on travel costs, to create economic opportunities through mechanic training, and to improve school attendance and academic performance of in-school mpintshis.

About Qhubeka:
Qhubeka is an Nguni word that means “to progress”, “to move forward”. Qhubeka is part of World Bicycle Relief. World Bicycle Relief is a global non-profit organisation dedicated to advancing education, health and economic opportunities by providing simple, sustainable transportation. Since World Bicycle Relief’s founding in 2005, it has delivered more than 275 000 specially designed, locally assembled bicycles to people in need.
For more information, visit www.qhubeka.org

About LoveLIFE
loveLife is a South African non-governmental organisation (NGO), which implements a large-scale national Youth Leadership Development programme with the overarching aim of ‘Building Complete Young Leaders for a Better Future’. To achieve its goal, loveLife combines a media campaign with nationwide community-level outreach engagement to promote healthy living among young people in South Africa. loveLife was launched in 1999 as a joint initiative of leading South African NGOs, private foundations and the South African government. loveLife’s current strategy is aimed at repositioning squarely in youth leadership, grounded in the principles of positive youth development.
For more information, visit www.lovelife.org.za