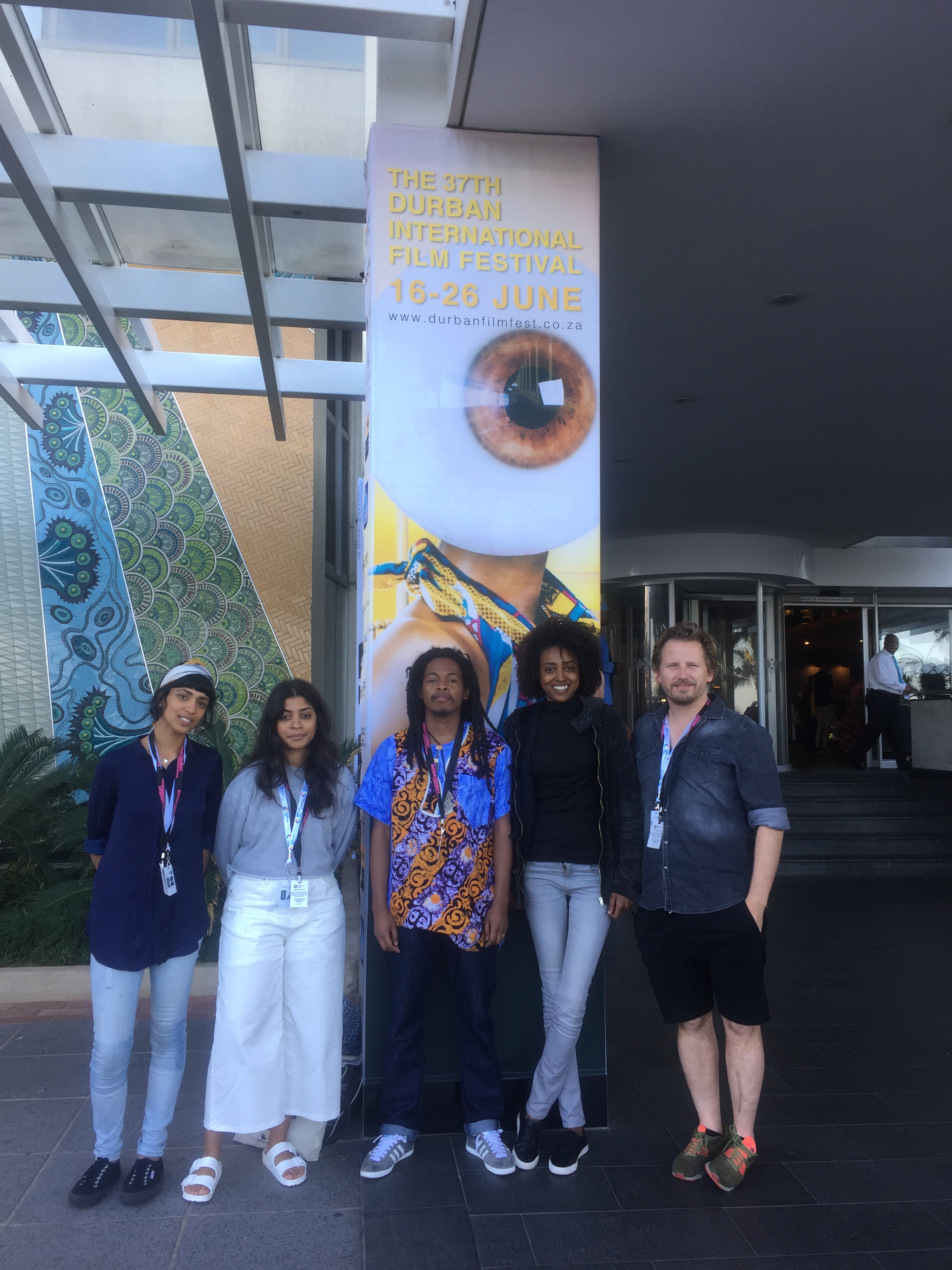 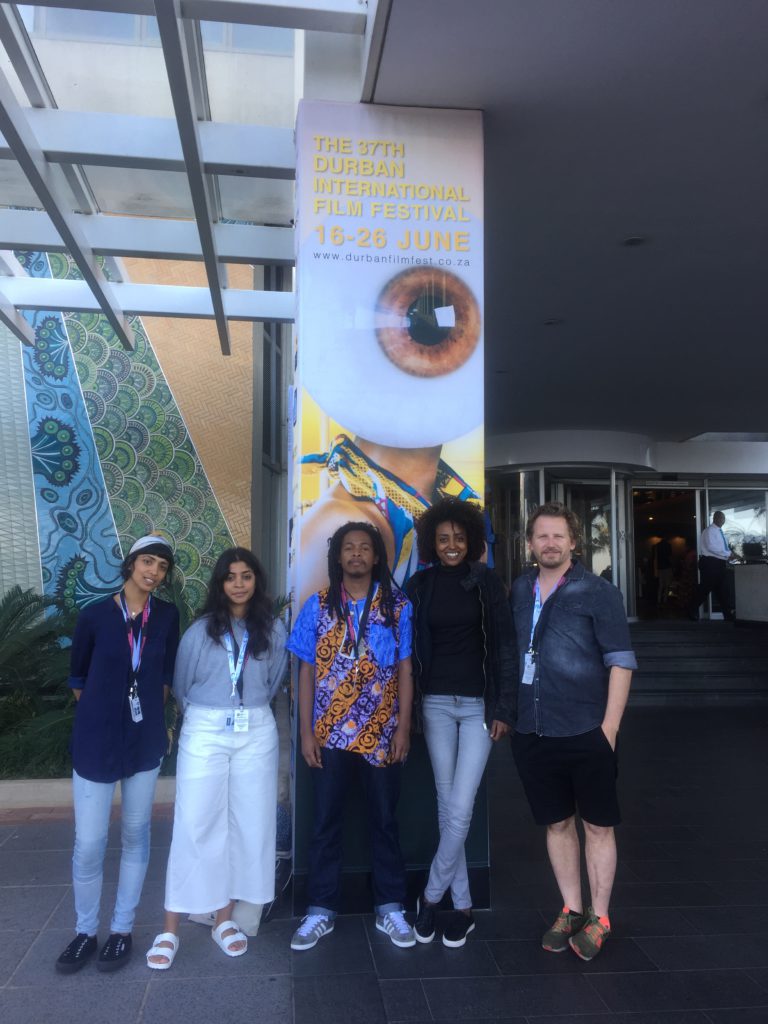 REALNESS screenwriting residency commenced yesterday (June 16) in partnership with the Durban Talents programme at The Durban International Film Festival and the Durban FilmMart. It was conceived by Urucu Media as a way of addressing a need for promising African film projects to be resourced and supported in the development phase in order to be competitive in the global film market. The five selected residents were announced in Cannes and will begin their participation with an immersive industry experience where they will introduce their projects during Story Junction, an open project presentation on the 20th of June at 15h00 at the Elangeni Hotel.

During their time at the festival, the participants will be under the mentorship of Nigerian-British script consultant, Selina Ukwuoma. Selina regularly tutors, lectures, and leads workshops in screenwriting and pitching at film schools and film festivals. In the past, she worked for EON screenwriters’ Workshop, literary and talent agency Curtis Brown, and their production arm CUBA Pictures. Projects she has worked on range from the BAFTA-winning BOY A to the Teddy and FIPRESCI Prize-winning HOJE EU QUERO VOLTAR SOZINHO (THE WAY HE LOOKS). Ukwuoma has completed degrees in screenwriting, professional writing, and social anthropology. After the Durban leg, participants will move into their residency space at Nirox in The Cradle of Humankind. They will be mentored by Nadja Dumouchel. Nadja is currently engaged with Groupe Ouest and European Short Pitch, in universities teaching scriptwriting, as a reader for the CNC and in film journalism. Nadja worked as a programmer and commissioning editor for ARTE’s short film magazine Court-Circuit. She was later hired by the international distribution and production company PREMIUM FILMS in Paris, before going back to ARTE in the feature film section in 2010. Nadja was trained as a story editor at the TorinoFilmLab and facilitates the program Next Step, run by Cannes Semaine De La Critique. She is co-founder of “La Scénaristerie”, a development platform for screenwriters in Paris.

REALNESS is thrilled to welcome new partners, Locarno Filmmakers Academy, Midpoint and Cinémathèque Africa. Locarno Filmmakers Academy facilitates daily interaction with directors, producers and other industry professionals with an international profile will allow participants to explore their own directorial identities and hone their professional skills. On the 5th of June it was annouced that Hiwot Adamasu was selected to attend this year’s edition. Midpoint was conceived with the aim of strengthening creative collaboration between writer, director and producer in the development process. One the residents will be invited, along with their producer, to attend the Feature Launch Workshop of 2017 with a full scholarship. Founded in 1961 by the Instituit Francais, the Cinémathèque Africa offers one of the most important collections of African films from the 1960s to today. The African Film Library offers professionals and programmers around the globe a catalog of over 1600 films for noncommercial distribution. The inititave is donating 20 films to REALNESS for case study during the course of the 6 week residency, complimenting the World Cinema Fund’s contribution of absolute access to WCF On Demand, a VoD platform which showcases their most successful supported films. These film libraries will be an inportant resource to our the residents.

Realness 2016 Writers in Residence
Amirah Tajdin is a Kenyan artist and filmmaker whose work in the short form has screened at numerous festivals across the world, including Sundance and Cannes Director’s Fortnight. She currently splits her time between Africa and the Middle East, doing freelance commercial directing and working on her cinematic projects. She will be developing her project HAWA HAWAII during REALNESS, a feature film that tells the story of a Swahili wedding singer in Mombasa who struggles to reconcile his relationship with his mother, and his alter ego as a Bollywood-inspired drag performer.

Hiwot Admasu is an Ethiopian filmmaker who took up her passion of filmmaking full time after she completed her B.Sc in Electrical and Computer Engineering, and has since screened work at international festivals including Venice and Toronto. She will be developing her film A FOOL GOD, in which 11-year-old Mesi, in a moment of tragedy, confronts the limitations of her gender within traditional life, compelling her to leave school and explore new ways of being in the company of a “slow-minded” former life guard.

Luke Razanajaona is a Madagascan filmmaker who has participated in a number of prestigious programmes, including Berlinale and La Fabrique des Cinemas du Monde, and a residency with acclaimed screenwriter Oliver Gorce. He recently won the Step Fund Prize at Luxor African Film Festival. He will be working on his film DISCO AFRICA, about a clandestine sapphire miner who comes to know his father through a stack of West African Afro Beat 45 records that allow him to relive the exhilarating optimism of 1970s post-independence Africa.

Sheetal Magan is an emerging South African talent who was recently named one of five “creatives to watch” by City Press. She was selected to participate in Cannes South Africa Factory to make PARAYA, one of four short films to open the Directors’ Fortnight in Cannes in 2016. Her interests are in both experimental and dramatic storytelling. She will be developing her first feature film THE DAY AND NIGHT OF BRAHMA, which is a layered portrait of domestic life in which a modern Indian couple are drawn into deeper questions of love and self-sacrifice by the event of their first pregnancy.

Wim Steytler hails from a family of pioneering writers and has been mentored by some of South Africa’s top directors. His narrative music video about xenophobic attacks in Johannesburg won him the prestigious CFP-E/SHOTS Young Director Award at Festival de

Cannes. He was also awarded Best Director at the 2015 Silwerskerm Film Festival. His film UITLANDER follows the events of a misfit South African farmer who falls into a Doomsday cult after he meets a mysterious new-age, French couple following the death of his best friend.