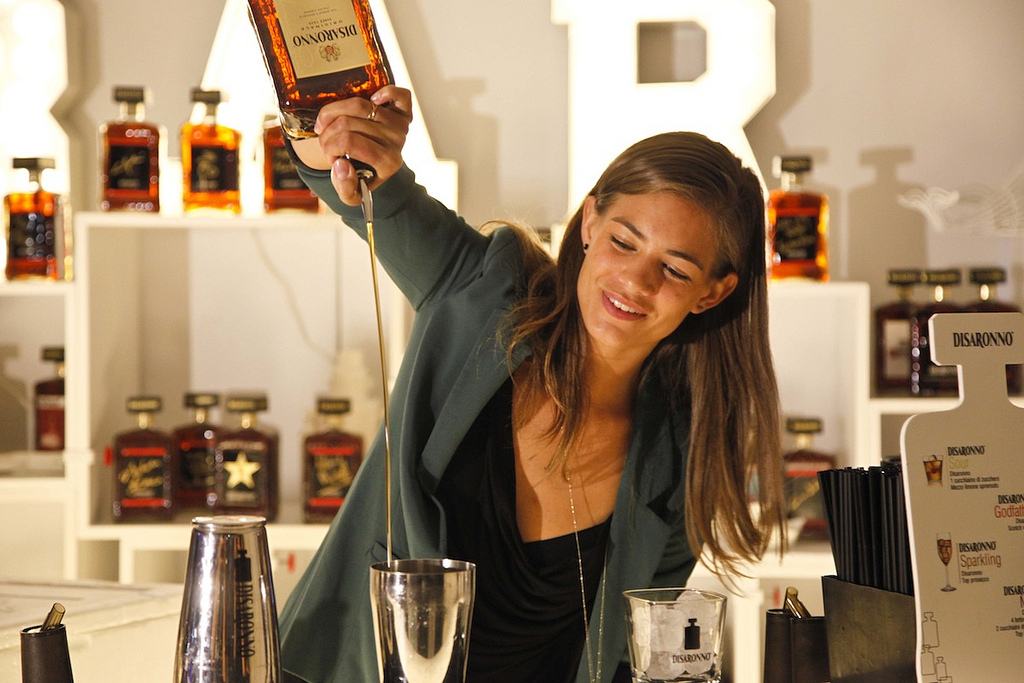 A record number of six women will be among the 55 contestants representing over 50 countries battling for top honors in the prestigious World Class Bartender of the Year competition taking place in South Africa from August 30 to September 4.

This will be the largest contingent of female competitors to ever take part in the Global Finals. The event, now in its seventh year, is the biggest and most prestigious mixology event in the world, providing a platform to celebrate the crème de la crème of the world’s bartenders – those who will set industry trends and standards at the world’s best bars while elevating the craft and building the luxury drinking industry around the world.

Bartending has traditionally been thought of as a male-dominated profession, but female bartenders are quickly overturning these assumptions as they leave an indelible mark on the global cocktail scene. Rising through the ranks to be crowned the best bartender in their respective countries, the six female World Class Global Finalists stand ready to take on all challengers and impress the world with their talents.

With more than 14 years of expertise in the food and beverage industry, Lauren Mote wears many hats, including mixologist, sommelier, emcee, educator and writer. Now she can add the title of Canada’s World Class Bartender of the Year to her many accomplishments. Her cocktail presentation on the myth of the werewolf stimulated all five senses and earned Mote her country’s top bartending honours by featuring Johnnie Walker among campfire sounds, “silver bullet” ice cubes, peat smoke and a trio of hornists playing the theme from Peter and the Wolf.

Anna Walsh of Ireland started her career as a bartender in a top cocktail bar in Cork City, where she found a love for creating cocktails and a passion for luxury spirits. After working with some of Cork’s top bartenders she decided to move to Dublin to expand her knowledge. She currently works at MVP, a cocktail bar known for its cocktails made using excellent spirits and ingredients.

“I am looking forward to the opportunity to represent my country at the World Class Global Finals. I am excited about the challenges that we will undertake and also meeting some of the world’s best bartenders who I can learn from and share ideas with. And, of course, visiting the beautiful South Africa” says Walsh of the Global Finals.

Fernanda Tejada of Mexico City, took the title after fighting shoulder to shoulder, cocktail to cocktail with over 150 bartenders from across Mexico. Tejada awed the judges – among them reigning World Class Bartender of the Year Charles Joly – in the final challenge when she recreated a pop-up version of the Licoreria Limantour, where she works. Tejada delivered a flawless performance combining speed and technique in perfect harmony with Tanqueray Gin.

The Netherlands’ best bartender, Tess Posthumus, used to work in many different areas of the hospitality industry to supplement her studies. Five-and-a-half years ago a chance encounter with a friend of a friend set her on a path to cocktail supremacy. Working at Door 74 speakeasy cocktail bar, she kept her eyes and ears open, learning all she could, constantly refining her mixology skills to become the undisputed champion of her country.

“I’ve practiced and studied like I was back in university. Tasting the different Diageo Reserve brands over and over again – diluted and not, cold and at room temperature, etc. I have been constantly timing myself for speed and balance and practicing dexterity with water-filled bottles,” says Posthumus of her preparation for the competition.

Jasmin Rutter managed to beat competitors from 20 of the world’s finest yachts to become World Class Yachting Bartender of the Year – the first person to hold the title. Rutter – chief stewardess on the 55m sailing yacht Marie – secured her title after picking the final challenge’s mystery box, which included fresh watermelon, coriander, black pepper, elderflower liqueur and Ketel One Vodka. Rutter amazed the judges with how she coped under pressure and managed to create a stunning, well-balanced martini cocktail.

Olivia Hairay wore the colours of the InterContinental Geneva at Switzerland’s national finals. She cut her teeth in Switzerland before moving to England for a while to further her talent. Hairay is inspired by the world of gastronomy, and it feeds into her passion for mixology. Her most notable creation during the national finals was inspired by Japanese animated film – Princess Mononoke. Her bourbon creation gave magical tune through the use of sake bubbles, the soundtrack of the film, a scene of bamboo, and a wolf-skin costume on her shoulders – the perfect marriage of the art of cocktail making and experiential entertainment.

“Mixology is a more complex subject than people imagine. I like to feel the beauty of the spirits as I mix them, and I want those who drink them to be taken on a journey. That’s what I enjoy the most about bartending,” says Hairay.