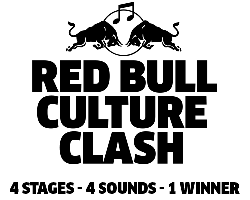 .@akaworldwide: I Know, I Know We Just Saved The Day..
Me: ..Woah! Superhero, I'm Going To Need A Speedo And A Cape.#RedBullCultureClash pic.twitter.com/HTjerTWwMX

Red Bull always delivers, always, so this night would be 1 of those nights indeed besides the trouble at the beginning. We arrived to a long line of people waiting and it was 1 of those things you’d never expect from Red Bull but we waited, for over an hour. Then our tickets were downgraded to General Access, which was annoying because there was no formal apology for doing such. We quickly sorted this out because the Red Bull team is really cool.

When we walked into the stadium, Vinny Da Vinci was playing a really beautiful set to warm things up, this was followed up by DJ Speedsta who started well but after 10 minutes, his set was just a waste of time.

The event started to a beautiful introduction, Scoop and Thapelo weren’t really needed on stage because we could barely hear them most of the time. Maybe people who watched it live on Channel O had a better experience with them. The African Storm Stage was the most prepared stage honestly and they deserved to win. This was followed by AKA, who was just as well prepared but I wasn’t impressed by his final performance. DJ Tira relied heavily on Babes Wodumo and Mampintsha but they were a no show, so his next best plan was Riky Rick, who would be the 1 to steal the show and win them the battle. Patoranking also relied on a huge artist but introduced them late and was also disqualified, Davido really did steal the show but things happened.

Me: @akaworldwide and @ANATII are performing behave this time.
Me to Me: Go Wild! #RedBullCultureClash pic.twitter.com/VPvUhsl8ci

Overall, a lot of effort was put into the show, the stage was amazing, all the artist brought their best game but a winner had to be chosen. Thank you Red Bull, may we please do it again next year.