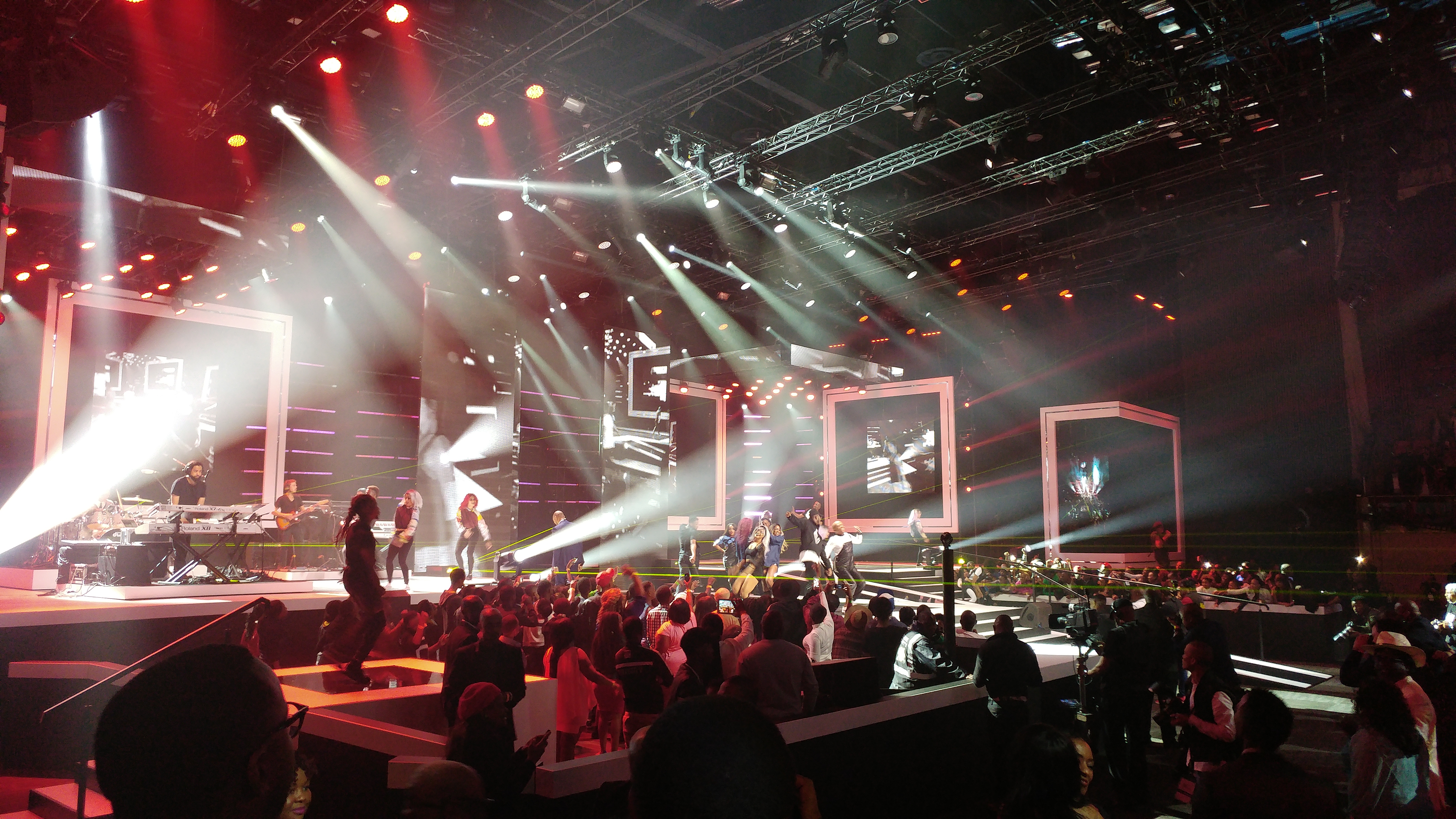 1 of the biggest things I’ve always wanted to attend was the South African Music Awards and I was finally given the chance to. I was also able to be on the red carpet and share moments from there. There is a lot of work that goes on behind the scenes that never makes it on TV.

Let’s start off with the red carpet, where was everyone dressed to be seen, from musicians to actors and presenters, all were there to be photographed in their outfits but others had to walk through it to get into the venue. Now this doesn’t really play a huge role for the SAMAs because they don’t have a best dressed category but it does create a lot media coverage and even more social media reactions. It’s always been the case that most of the women would put emphasis on their outfits, as opposed to most the men either wearing suits or looking like they were going to hangout at the mall. You could also see who the veterans were, as they knew how to give the photographers what they wanted and some just walked past like nothing was there. The rain did however mess with the red carpet entrance but they had umbrellas ready. Also to note, this could have been easily avoided if they checked the weather because it was reported that there would be rain. I suppose the rain was the reason some celebrities decided to arrive late and not appear on E! or the YouTube live stream.

Following that, people would mingle and eat before entering the event. A thing I didn’t know is that there were bars were people had to pay for drinks, which was a turn off.

Soon after, we headed inside and the show kicked off. Honestly, from all views, I was blown away by the stage setup. It was visually appealing and was utilised really well throughout the show. Also the sound was okay, not amazing but okay. The entire show however, that was rather bothering. There was nothing ground breaking about the performances, some were good but not memorable or great. Nobody really pushed the limits, nobody introduced something we hadn’t seen done before, it was all just hype. The pairing up of the presenters did also somewhat get boring and some point – confusing. Somizi was a really good host, his ability to go off script but still stay on topic, really showed off his talent and perfection for his craft. They also barely announced that people could watch the show online and didn’t have to be tuned into SABC1, which was a let-down because the theme of these awards was “The Future Is Here”. The only time you actually picked that up was with the people who won awards, which has always been “mostly the newcomer”. There was no discovery and variety amongst the award winners. You didn’t get feeling of “hey, I may not know this artist but considering they won/ were nominated maybe I should give them a listen.” It was all rather very “pop” based, which is something I think will change next year, as SABC is pushing more local content. There was also too much talk around the 90%, almost as if it was the SABC Music Awards. Overall, in terms of storytelling, usage of the theme (they set) and all the resources they had available to them, it didn’t meet my expectations.

Straight after that was the after party. There was 1 held outside (and the weather had cleared but it was still cold) and another, exclusively, indoors. They were both really exciting and brought on only the top artists and DJs to perform. There is really nothing to say about these. The sound did clash as they were really close to each other but it was something you eventually got used to because you could hear the party outside during the broadcasting of the SAMAs. Everything was conveniently next to each other.

I did like the venue though, traffic was a real breeze but on an overall, they need to step up the SAMAs. Congratulations to all the winners though.