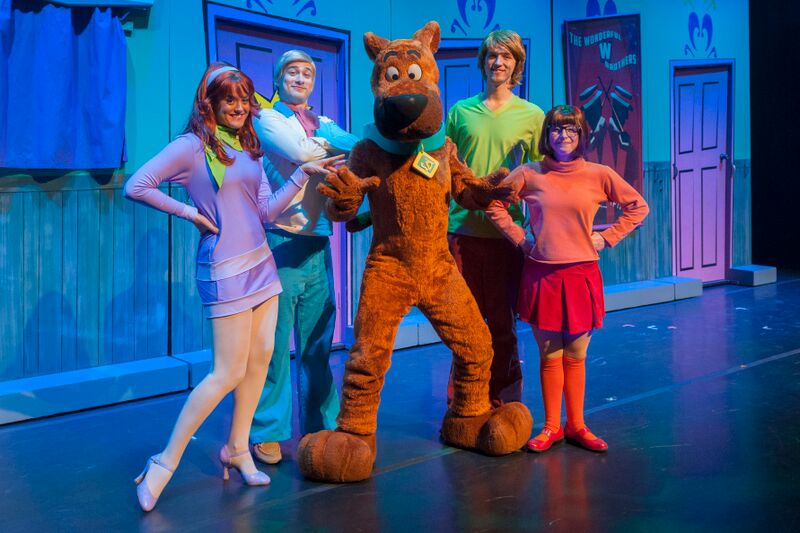 Featuring everyone’s favourite characters from one of television’s longest-running animated series, Scooby-Doo Live! Musical Mysteries is set to thrill audiences at the Big Top Arena at Carnival City in Johannesburg from 4 – 6 December, and at the Grand Arena, Grand West in Cape Town from 11 – 13 December.

Tickets go on sale to the public today and are available from Computicket. Tickets in Johannesburg and Cape Town are priced from R 120 – R 290.

In this exciting new production, Scooby-Doo and the Mystery Inc. Gang have been called upon to help solve an epic mystery. A trouble-making ghost is haunting a local theatre and Shaggy, Fred, Daphne, Velma, and Scooby-Doo are on their way in the Mystery Machine to crack the case. With crazy ghosts, perplexing puzzles, and an abundance of Scooby Snacks, it’s Scooby-Doo and friends at their best, travelling across South Africa this summer, solving mysteries wherever they go.

“The timeless antics of Scooby-Doo and his mystery solving Gang have been delighting kids for generations,” said Brad Globe, President, Warner Bros. Consumer Products. “We are thrilled to be bringing the Scooby Gang to South Africa for the very first time in this exciting new musical for the whole family. Scooby fans of all ages will truly enjoy this immersive and entertaining experience.”

Scooby-Doo has been delighting families for decades, and today is one of the most popular and in demand family entertainment shows on DSTV in South Africa.

Cody Collier (Scooby-Doo) is honored to be returning as Scooby after performing in the first North American, Middle Eastern, & Australian tours of Scooby-Doo Live! Musical Mysteries. In New York, Cody starred in Legally Blonde with The Broadway Workshop, performed featured roles on the hit TV shows SMASH and Gossip Girl, and played a supporting role in an MTV promo with Grammy-winning singer P!nk. Cody has relocated to Los Angeles where he has just become a member of SAG-AFTRA, danced alongside pop superstar Miley Cyrus in a promo for her new tour, and starred in an episode of Vignettes: The Web Series. Cody continues to pursue an active career in film & TV in addition to the amazing time he’s spent in the theater. Thanks to God, his incredibly supportive family, the Scooby cast & crew, and the whole team at Life Like Touring for this unforgettable adventure.

Garrett Lewis Dill (Shaggy) graduated from the Circle in the Square Theater School in 2009. This is Garrett’s second year with Scooby-Doo Live! Musical Mysteries! Playing Shaggy has been the opportunity of a lifetime; he would like to thank his family, friends and Studio East, where he trained as a young actor and gave him the courage to come to New York City to pursue his dream. Enjoy the show!

Alex Reitze (Fred) couldn’t be happier about joining up with everyone’s childhood favorite pooch. For the last handful of years, Alex has been performing at regional theaters across the country, including Arrow Rock Lyceum Theatre, Allenberry Playhouse, Arizona Broadway Theatre, and Cohoes Music Hall, as well as the national tour of Curious George Live. Thanks and love go to family and friends to their undying support through this silly journey. Smooches to the smurfs.

Adam Machart (Wilbur Warner) recently graduated from New York University with his Master’s in musical theater. Regional: Les Misérables (Cohoes Music Hall), Saucy Jack and the Space Vixens (Hollywood Fringe), Spirit of Christmas (Spirit Production), and Ricky Ian Gordon’s Dream True alongside Phantom of the Opera’s Kimilee Bryant and Ciarán Sheehan. Adam recently had the opportunity of performing the role of Michael in 2wice Upon a Birthday’s inaugural reading at The Metropolitan Opera Guild. Adam recently performed with EVUSA and the NY Pops at Carnegie Hall for Stephen Schwartz’s The Wizard and I concert, which included the NY premiere of “Testimony.” www.AdamMachart.com

Cristina Lucas-Tissot (Muriel Martin) attended the American Musical and Dramatic Academy in New York, from which she graduated in May 2010. Concentrating in children’s theater, Cristina has been up and down the East Coast with The Panto Company (UK-based children’s company) before embarking on the journey of her first National Tour. Previous credits include: Bailey Butterfly in The Ohmies (theohmies.com), the Mad Hatter (Lake Dillon Theatre Co.), Jack & Jill and the Forgotten Nursery (Jill; The Panto Company UK), Rose (Humpty Dumpty and the Big Book of Nursery Rhymes; Panto Co. UK). A mama y papa: con amor y orgullo los representare por todo el mundo!

Derrian Tolden (Walt Warner) is a native of Houston, Texas, now living in New York City. He is thrilled to be on the 2nd North American tour of Scooby-Doo Live! Musical Mysteries as Walt Warner and Resident Director and Choreographer. Some of Derrian’s favorite roles include Angel in RENT, Victor in Smokey Joe’s Cafe, Colline in La Bohème, and Elegba in The Brothers Size. www.DerrianTolden.com