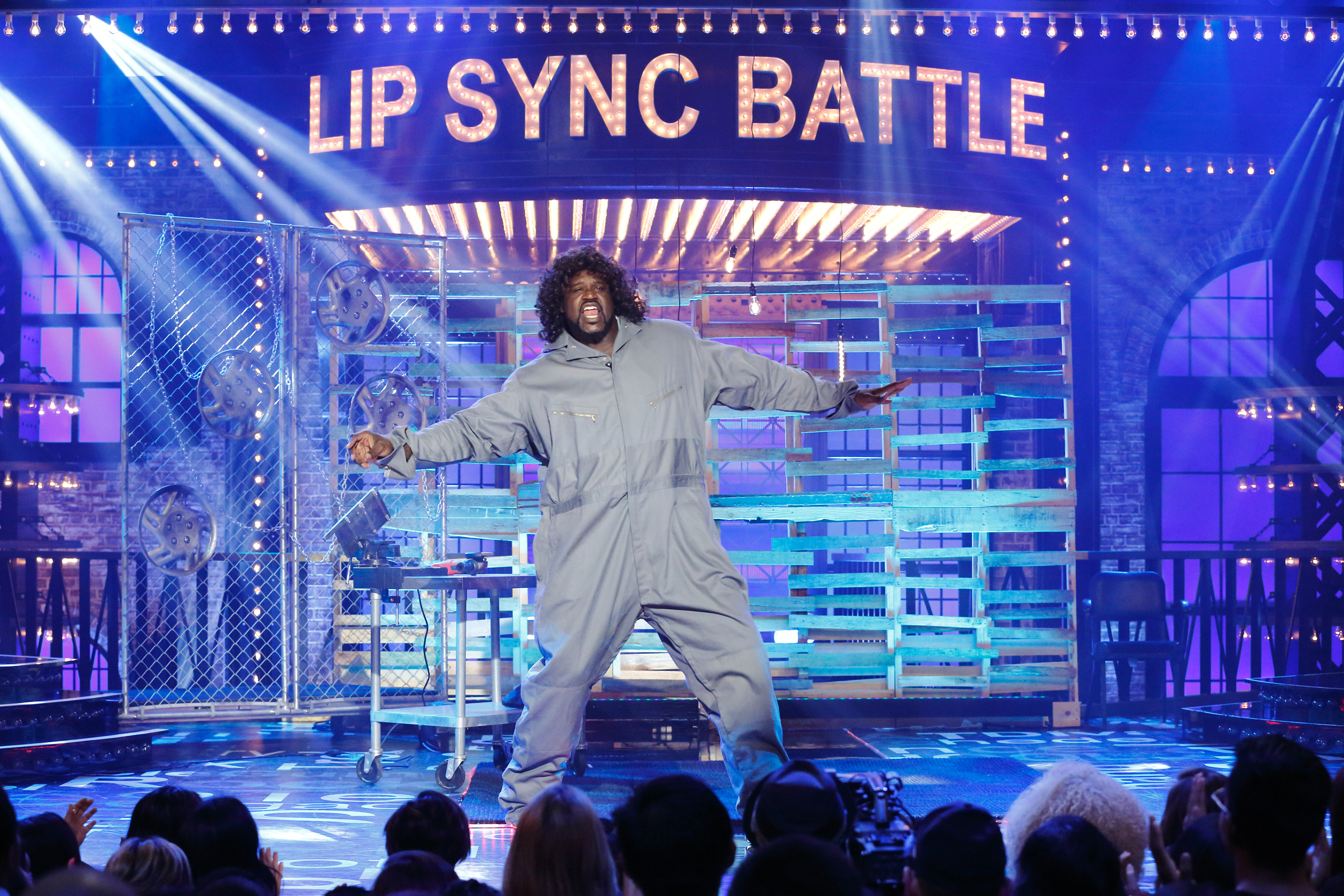 Shaquille O’Neal steps onto the Lip Sync Battle USA floor to take on Aisha Tyler in an epic courtside battle.

Actress and talk show host Aisha brings a sporting attitude and awesome moves when she performs to Kurtis Blow’s “Basketball”.

But basketball legend Shaquille’s on his A-game, showing off his dance skills on stage as he channels Jennifer Beal during a lip sync to Michael Sembello’s “Maniac” from “Flashdance”.

Best known for the TV series The Talk, does Aisha have what it takes to claim the title over Shaquille – or will his A-game be too hard to beat?