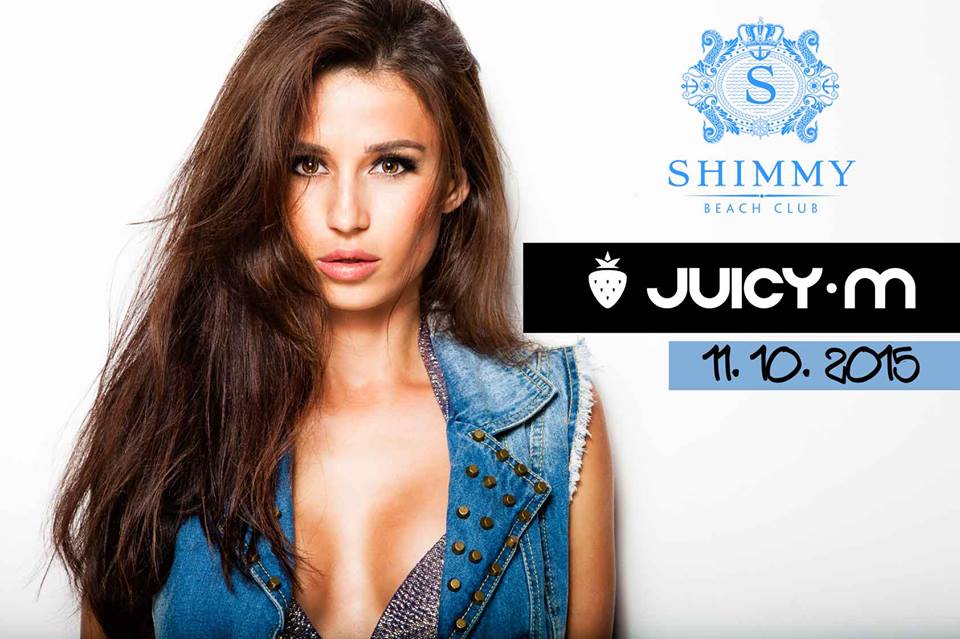 Shimmy Beach Club, Cape Town’s hottest club and restaurant, has just announced another artist to add to their ever-growing list of phenomenal internationals. Ukrainian electro and progressive house DJ and YouTube sensation, Juicy M is confirmed to play live at Shimmy, in the V&A Waterfront, on 11 October 2015.

Much to fan’s excitement, this beauty, voted Best Female DJ of the year in 2010, and among the Top 100 DJs on the Planet by DJ Mag Poll, The DJ List poll and others, has added Cape Town to her South African tour. She is best known for her videos on YouTube mixing with four CDJ players without using headphones, which has had over 7 million views since the first upload. She has also opened for huge music acts such as the Black Eyed Peas, Backstreet Boys, Afrojack, Jay Sean and Skrillex.

Juicy M is set to perform on the Shimmy stage, which has seen the likes of international artists such as Robin Schulz, Showtek, Bakermat, Worakls and other international house music DJs. This sets Shimmy aside as the best nightlife venue in Cape Town’s V&A Waterfront.