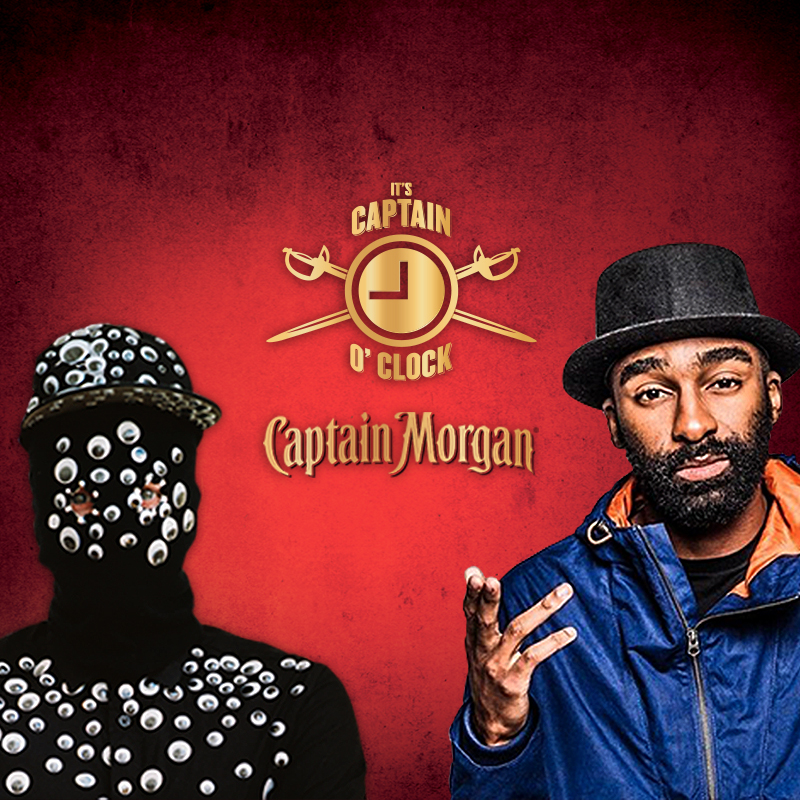 Sibot has recently released a new track featuring Johannesburg rapper/producer and BoyzNBucks crew member, Riky Rick. A track titled Tick Tick Boom, that captures the feeling that something big is about to happen. “We wanted to collaborate on a track that really changes the mood at the time when you want to take the night to the next level. I didn’t mess around on this one. I wanted to eliminate the question of not going out. It’s the anticipation, the moment when you’re on the fence and jump over and have a big night out – #TickTickBoom” says Sibot.

“My verse is about me getting everybody together, so I’m basically being the Captain of the night. The lyrics are basically me owning the night, being the Captain who has seen many into the game or night but cannot last. We last forever” says Riky Rick. Captain Morgan, SA’s favourite rum has claimed the track as an anthem for Captain O’Clock, the time of the night where you reach for a Captain. “The response has been crazy. Sibot brought a sound that gets the people going” concludes Riky Rick.

The track is available for free download courtesy of Captain Morgan on Slikouronlife , and the duo hope DJ’s country-wide will make use of this track in their sets.