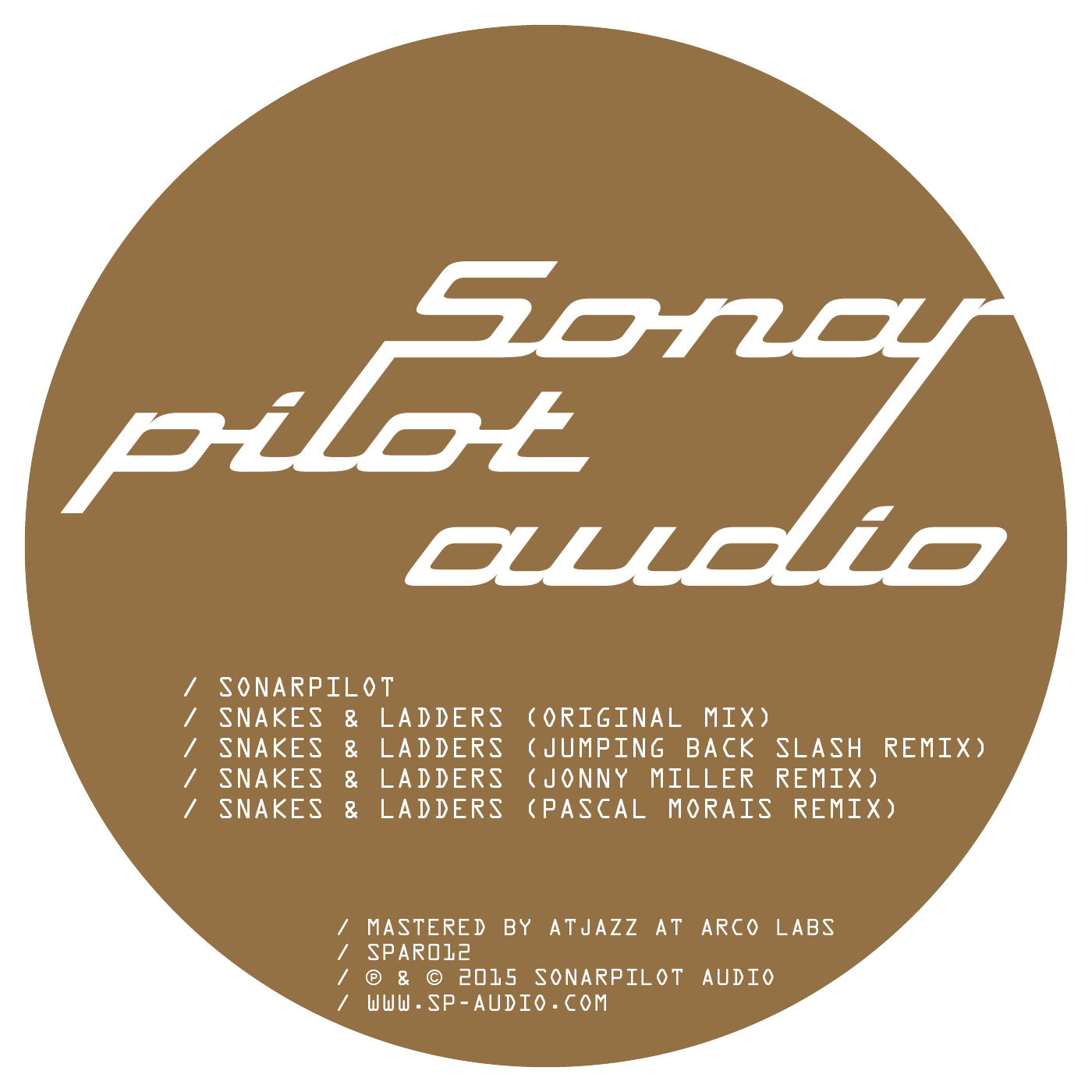 Sonarpilot Audio is proud to present our eleventh release, yet another, brand new music production from Sonarpilot aka Michael Moppert alongside three top draw remix works. The original mix of Snakes & Ladders has an almost playful feel to it, Sonarpilot’s distinctive bass riff lead synth lines and precisely cut beats are punctuated by mischievous vocal effects throughout. The warmth in the track comes in from the soulful pad theme, uplifting the whole song from start to finish.

First up on remix duty is Jumping Back Slash, known to his friends and family in the North of England as Gareth Jones. Until very recently, Jones was based in Cape Town, South Africa, building his name as an electronic music producer with a distinctly edgy street sound. His self titled, self published online EPs have picked up love and a lot of plays from some of the biggest names in the Bass music scene of late, people such as Bok Bok on Rinse FM in the UK, Altered Natives from Martyn’s 3024 label and the Numbers Records crew. His remix has all the trademark touches of a JBS masterpiece, organic percussion, skipping beats and rough, off kilter claps. The melodic pads shift from one soulful place to another while the arcade-style arpeggio and lead synth themes add catchy riffs that will no doubt get stuck in your head.

Next up is key Sonarpilot Audio man, Jonny Miller who takes a hefty step to the left with his remix interpretation of ‘Snakes & Ladders’. Better known in recent years for his deep/afro house productions for labels like the Atjazz Record Company and Tribe Records, here we see Jonny returning to his more experimental, broken beat roots. A cinematic, twisted synth line greets us, setting the tone before the rumbling subs, 808’s and shuffling percussion parts drop in hard. The track eventually draws in on the final, ghostly breakdown where extra vocals and one last big drop, resolves the story.

The third remix on the EP comes from our good friend from the Netherlands, Arrecha Records’s label boss Pascal Morais. A long established DJ, producer and party organiser, Pascal is one of the biggest names in the emerging afro-house scene, a scene that has given us the likes of Black Coffee, Culoe De Song and Rancido. Of course, the motherland provides the groove in Pascal’s remix – a loose, afro house swing that carries everything here. The organic, pipe like melody line, lush synth stabs, acid riffs and strings all build up around the main Snakes & Ladders theme that you’ll recognise from the original and there’s a euphoric feeling as the track reaches its peak.
www.sp-audio.com