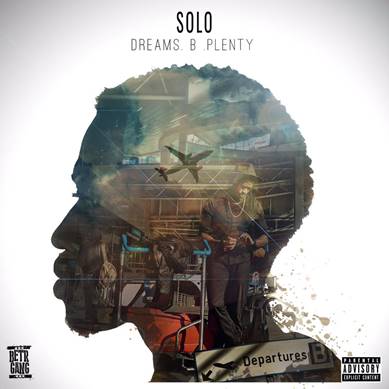 After the success of Solo’s debut album ‘.DREAMS.A.PLENTY.’ which has seen him bestowed with the ‘Freshman of The Year’ award at the SAHHA 2014, he is proud to announce that his 17 track sophomore album entitled ‘.DREAMS.B.PLENTY.’ will be released in SA music stores and ITunes on, Friday, 16th September 2016

‘.Dreams.B.Plenty.’ serves as Solo’s second studio album which includes hit singles such as ‘Overtime’ which made it to the number 1 spot on 5FM’s #TheStirUp with Ms Cosmo, ‘Poster Child’ and his latest offering ‘How Cool Is This Love’ featuring American-born singer/songwriter/producer Ziyon. Solo continues the story from where he left off, discussing new victories and new demons faced since stepping foot in the major league, hip hop arena.

In Septemeber 2015, Solo teamed up with The Parlotones frontman and international mega rock star, Kahn Morbee, to create a pop fusion entitled ‘I Dream in Colour’.

“‘.Dreams.B.Plenty.’ tells the story of searching for a balance in a space that demands overachievers. The album paints a picture of finding a balance between, making strides and still chasing a greater goal. Much like ‘.Dreams.A.Plenty.’, ‘.Dreams.B.Plenty.’ is a depiction of what my stance as an artist is today as well as all the highs and lows of my current position.” Says Solo

You can pre-order your copy of ‘.DREAMS.B.PLENTY.’ on iTunes now from the following link: https://itunes.apple.com/za/album/.dreams.b.plenty./id1125317120