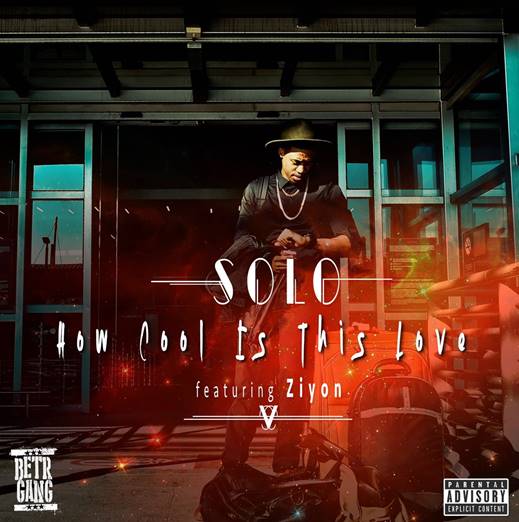 The saying ‘it takes a village to raise a child’ is no different to the way any industry works, there is no one person that can say that they have reached success independently, with absolutely no help. We too often forget just how important it is to have a support structure, whether it be your family, friends or a team behind you that adds to our success.

Solo, real name, Zothile Langa has announced the release of his brand new single ‘How Cool Is This Love’ featuring American-born singer/songwriter/producer Ziyon.

‘How Cool Is This Love’ is the third official single off Solo’s highly anticipated sophomore album ‘.Dreams.B.Plenty.’ which is due for release later this year. After the success of his previous singles ‘Overtime’ and ‘Posterchild’, Solo continues to showcase his versatility and range through the type of music he releases.

‘How Cool Is This Love’ is a song celebrating teamwork. This song talks about what one has to do to make sure that not only he/she wins, but ensuring that everyone who hustles alongside them does too.

“Working with Ziyon has been a long time coming. The decision to have him on this song was an easy one. We knew we had to make an emotive track to showcase our joint talents. This song is the right statement to make before releasing my sophomore album, ‘.Dreams.B.Plenty.’. I think it gives a clear idea of where my headspace is 2 years after releasing my debut project.” Says Solo

‘How Cool Is This Love’ will be available for purchase on the BETR GANG website (www.betrgang.co.za) tomorrow, Wednesday, 27 April 2016 from 7am.