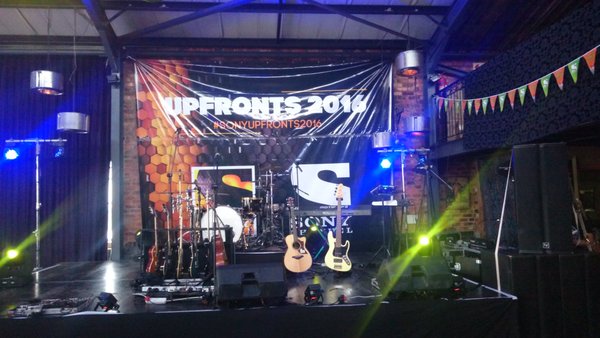 Sony Upfronts 2016 took place in Kramerville, with a really beautiful view of Sandton, to be honest. I was a new comer to this and really didn’t know what to expect.

Upon arrival there was a cool game inspired by the popular TV show, 1000 Ways to Die, where we had to survive 4 stages. After this our names were thrown into a raffle where we won prizes based on our score.

Following that, we were made to watch a short clip and pictures were taken of our reactions, then merged with pictures from Gogglebox.

That wasn’t the highlight of the event though, we were informed of Sony Televisions plans for 2016 and a trailer showing what to expect for the year – a really impressive line-up.

We would then be treated to a live performance from Prime Circle and enjoyed engaging with other attendees, the open bar and catering made that easier.