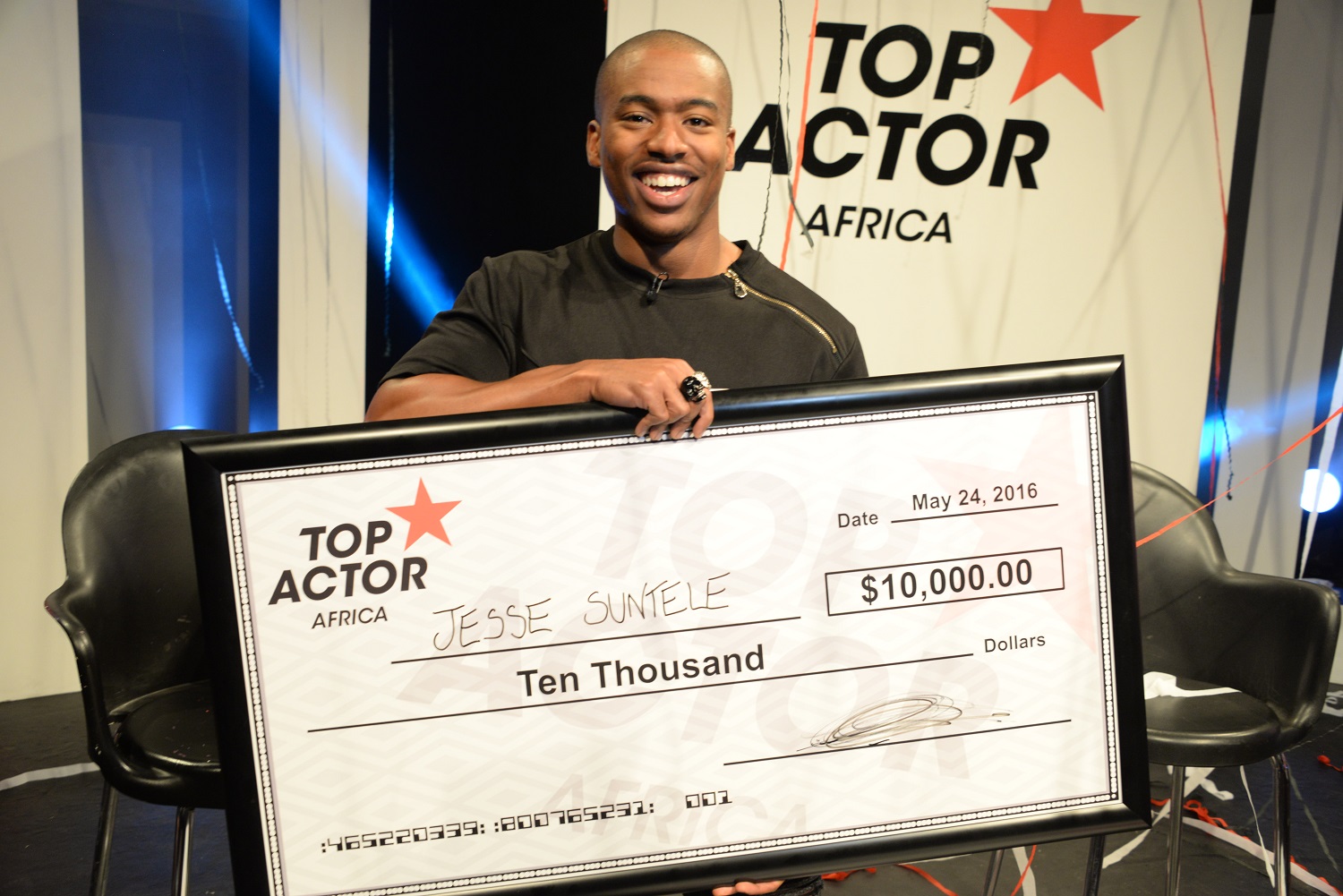 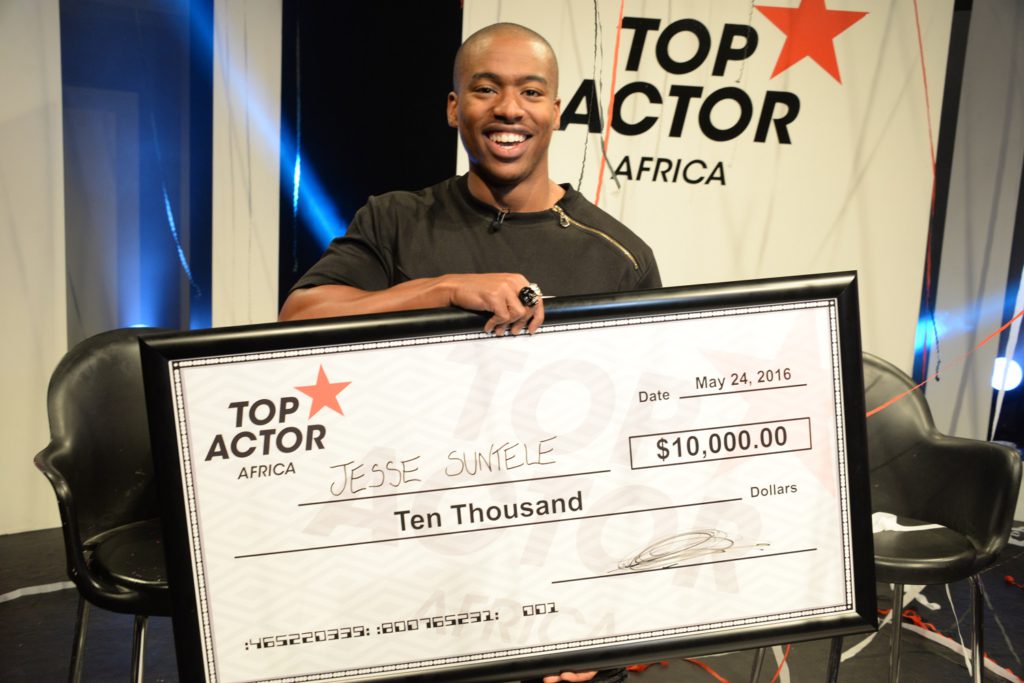 Johannesburg/Lagos/Nairobi, 24 May 2016: BET (DStv channel 129) has revealed that Jesse Suntele (South Africa) has been voted Top Actor Africa in the grand final of the channel’s dramatic reality contest.

Suntele, 23, beat fellow contestants Shamilla Miller (South Africa) and Alex Khayo (Kenya) in the final episode of the series which aired on BET (DStv channel 129) on Tuesday night at 19:30 CAT.

The overwhelmed actor was awarded a cheque for US $10,000, a 12-month contract with international talent agency J. Pervis Talent Agency, and access to Hollywood auditions.

To win the final prize, Jesse not only had to bounce back from his performances slumpin earlier episodes, but also to dominate subsequent challenges and leave a strong impression on judges Zikhona Sodlaka, Brandon Auret (‘District 9″ and “Chappie”), stunt expert Ciprian Florian and the BET viewers at home who voted online for their favourite contestant. Martial arts and stunt work were among the skills Jesse had to master while delivering a convincing performance in the “Action Movie” challenge.

Formally trained as a sound engineer, Jesse discovered a love of acting during his participation in numerous school plays. After landing the very first professional audition he attended, he realised that he actually had a genuine talent for acting. Jesse subsequently went on to act in numerous commercials and has appeared on South African drama series “Ashes to Ashes”.

Commented Jesse, “I am lost for words, it literally hasn’t sunk in yet. I’m overjoyed, but at the same time I’m not sure what just happened. My mind is in three places at once – where I was when I started in this career, what my next move is towards my future and what I am feeling right now. But I’m extremely proud of myself and of the other finalists, Shamilla and Alex. Those two will never know how much they pushed me and played a part in how hard I had to work for this. They won’t ever know the impact they’ve made in my life and I’m grateful to have met them and I’m honoured to be an actor alongside them!”

Commented Monde Twala, Vice President, BET, Youth & Music, “Congratulations to Jesse on his well-deserved success – he is a fantastic actor with immense talent and it’s been awe-inspiring to watch his craft grow and develop over the course of Top Actor Africa. We look forward to seeing his name in lights and his career blossoming from this point forward.”

Added Samad Davis (Creator & Executive Producer), “Tonight was a proud moment for us all. This moment in Top Actor Africa history belongs to Jesse, whose journey from the auditon process to the finale was not an easy one. Jesse didn’t show up performance wise in the “Theatre” challenge and later was almost completely eliminated in the “Shakespeare” challenge due to self-doubt. Through the struggles, he found a way to come back stronger than ever challenge after challenge. Hard fought victory indeed.”

In a nod to the runners up, Davis continued, “There are no losers here. I am super-proud of Alex and Shamilla for making the voting process so difficult for the judges and voting public, which only speaks to their talent as actors.”

Shamilla Miller added, “I am incredibly happy for Jesse! I have said in every interview that if I don’t win, Jesse should win. Not winning the overall prize doesn’t mean I have not won as I have made to the end of this unbelievable platform. It’s all the way up from here on.”

Alex Khayo commented, “I am proud of Jesse and know he’s going to do a great job of representing Africa to the world. God be with you in your ventures. I am happy to have been a part of this amazing journey, where I have learned so much.”