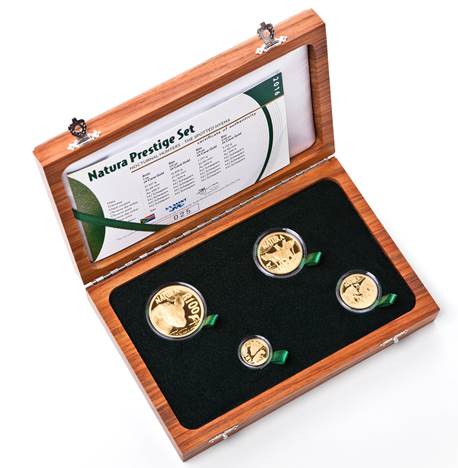 This year’s annual Johannesburg Coin Show, which took place at the Sandton Convention Centre from 3–5 June, included a mixed bag of history enthusiasts, devoted coin collectors and those inquisitive about the world of coin collection. Visitors to the show, joined the South African Mint in celebrating one of the country’s most remarkable inventions, the dolos, through a collection of brand new coins.

The annual show displayed an exciting new range of coins, with the 2016 2½c Tickey and R2 Crown sterling-silver coins stealing the show. The South African Mint launched the Crown and Tickey coins under the new theme, ‘South African inventions’. The dolos was developed in East London in 1963 to protect harbour walls and dissipate the energy of breaking waves. Their unique design ensures that they form an interlocking yet porous wall. This truly South African story will be the first one to be commemorated under the new theme.

“Through our unique dolos coin collection, we wanted to celebrate South African inventions and showcase the rich history and heritage of our country”, says Tumi Tsehlo, Managing Director of the South African Mint. “We also viewed the Johannesburg Coin Show as a great opportunity to welcome novice collectors and invite them to be part of this beautiful journey into our past and its enticing stories.”

Other products on display at the Johannesburg Coin Show were the 2016 Silver Series themed on South Africa’s Marine Protected Areas the 2016 Protea: Life of a Legend- Nelson Mandela, the 2016 Natura coins and the 2015 Centenary Medallions celebrating the Johannesburg Art Gallery (JAG).

The JAG Centenary Medallions were a highly popular collaboration with the gallery, and a first for the South African Mint. The 2-ounce sterling silver medallions pay homage to the JAG original 100 100-year old Lutyens building and the impressive public art collection it houses. The obverses of the medallions show signature architectural motifs from Lutyens’ original JAG building, and on the reverse sides, prominent sculptural pieces by Edoardo Villa, Dumile Feni and Bruce Arnott, taken from the JAG collection are featured.

The 2016 Natura series is comprised of four, 24-carat gold coins depicts the hyena, in the current ‘nocturnal Hunters’ theme. The hyena is the third instalment in this theme, following the black-backed jackal in 2015 and the leopard in 2014.

“It was wonderful to see the usual faces from our community of established coin collectors and to also welcome a new audience of those starting their journey in the world of unique coin collecting at the Johannesburg Coin Show 2016”, concludes Tsehlo.

The ‘South African inventions’ collection will continue next year with the launch of yet another remarkable invention by a South African, that has changed the world.

For more information about the South African Mint’s dolos collection, or for any other product enquiries and direct orders for delivery, contact 012 677 2460/2482, visit www.samint.co.za or e-mail numismatics@samint.co.za.

About The South African Mint
The South African Mint is one of the world’s leading mints and has, over the years, earned a worldwide reputation for its appealing designs, exceptional craftsmanship and the high standard of its quality coins, winning numerous international awards in the process.

The South African Mint is a wholly owned subsidiary of the South African Reserve Bank (SARB), established in accordance with the SARB Act 90 of 1989, which authorises the SARB to ‘coin coins or cause coins to be coined’.

The South African Mint is made up of two divisions: Circulation Coins and Numismatics (or collectable coins). The Circulation Coins Division manufactures the legal tender coins that we use in our everyday transactions as well as coin blanks that are sold to customers for minting. It also produces circulation coins for the export market, minting the coins that are used as currency in numerous countries in Africa, Asia, Europe and South America.