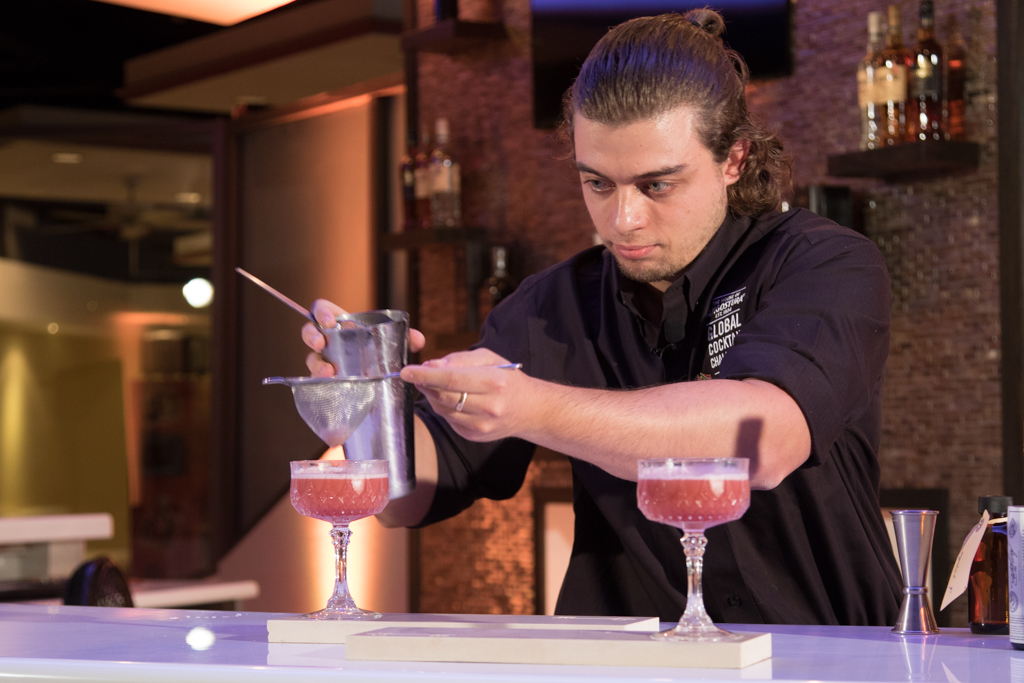 Ace bartender Neal Ramdhan of Trinidad and Tobago has copped the Grand Prize of US$10,000 and the prestigious title of Angostura® Global Brand Ambassador in the 2016 edition of the Angostura® Global Cocktail Challenge!

Neal was one of just 12 talented mixologists who made it to Trinidad and Tobago for the finals of the Angostura® Global Cocktail Challenge held on February 7, 2016 at the height of the country’s Carnival season. Early rounds of the Challenge saw 287 participants; drawn from 900 entrants, compete from 36 countries.

Contestants were asked to make two cocktails in just seven minutes: A “Rum Cocktail” made with one or more of Angostura’s® International rums and ANGOSTURA® aromatic bitters and a “Freestyle Cocktail” featuring ANGOSTURA® orange bitters combined with any other spirit. Neal’s winning cocktails were “The Bitter Mayan”, which also won the Freestyle Cocktail category, and “Resurgence,” his Rum Cocktail.

A creative mixologist who has tended bar for seven years, Neal is dedicated to understanding the flavour profiles of cocktails and discovering new innovative bartending methods. He is “honoured to be part of the culture and country that’s produced ANGOSTURA® aromatic bitters, which I began using as a child, in food and juices,” and says: “I’m also very proud of Angostura’s rums; they’re literally the best in the world, as you can tell from the number of international awards they’ve won!”

Dino Jose Batista of South Africa took second place in the competition as well as the prize for Best Rum Cocktail, while Jonathan Strokowski Ross of Canada placed third.

“It was very difficult for us to come down to the final three. The cocktails were exceptional!” said Head Judge Jeff “Beach Bum” Berry, renowned drinks personality, author and leading mixologist. Mr. Berry led a distinguished panel of judges which included celebrated chef Kathy Casey; London-based career bartender, Esther Medina Cuesta; Australia’s Michael Tomasic, winner of the Angostura® Global Cocktail Challenge 2014, and; Carol Homer of Angostura Limited. Cocktails were judged based on taste of the drink, presentation, appearance and aroma.

Neal’s Ambassadorship will run for two-years during which he will serve as Global Brand Ambassador for ANGOSTURA® bitters, Angostura® Rums and Amaro di Angostura®.

“The House of Angostura® welcomes the opportunity to bring together mixologists from around the world here in Trinidad and Tobago so that they have the opportunity to see, first-hand, how our quality rums and bitters are made and to take the memories back to their countries,” says Genevieve Jodhan, Executive Manager International Sales and Marketing.