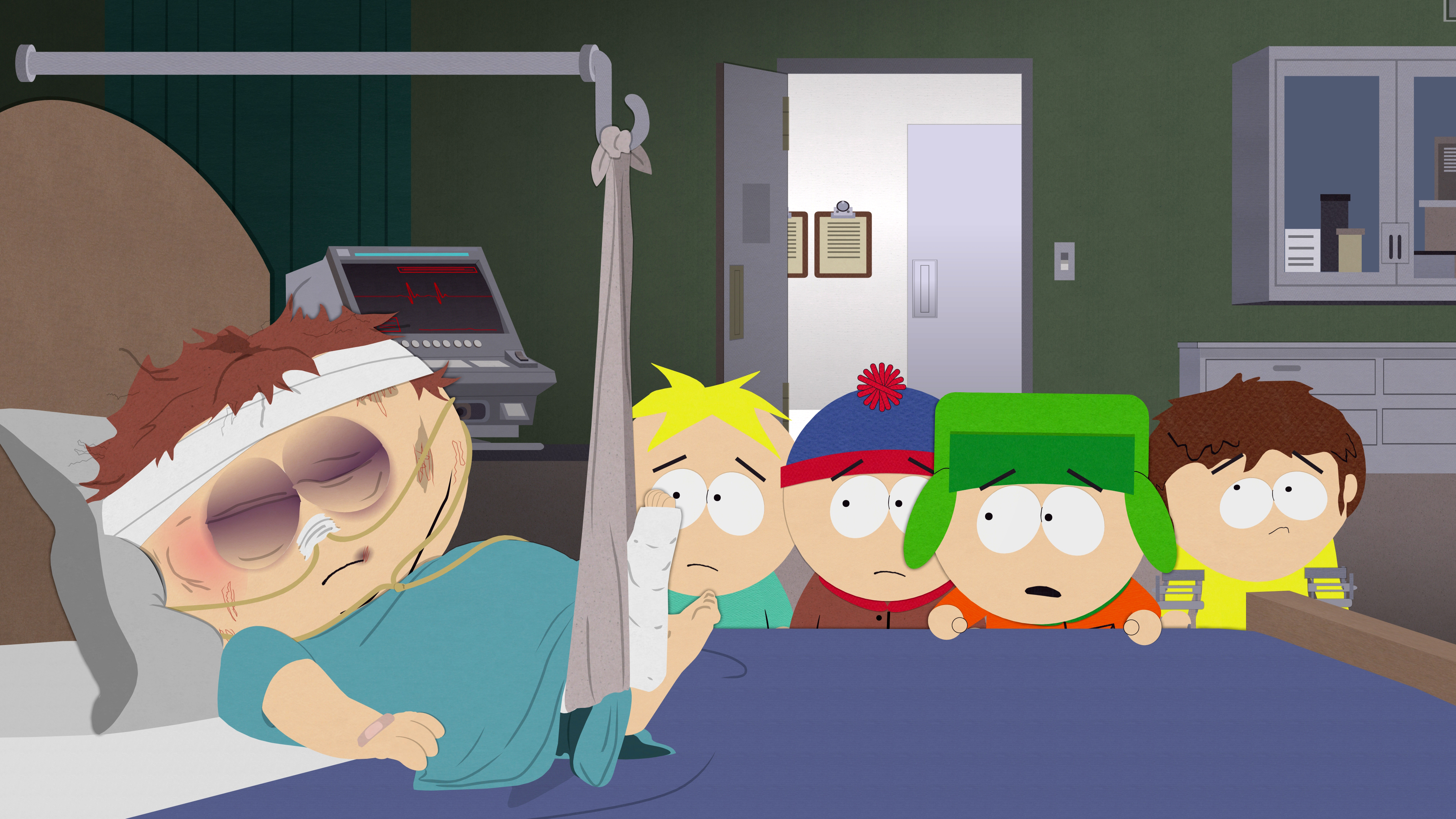 Eighteen years after its inception, “South Park” still packs a punch, and continues to surprise even its most devoted fans each and every week. Famous for its unbelievably immediate and ruthless responses to world events, South Park’s latest outing brings up-to-the-minute news and pop culture icons (including Al Gore, J. Lo, Kanye West, Oprah, Sir Elton John, Tom Cruise, John Travolta and P. Diddy) to the town of South Park for a slice of biting social commentary with a heap of good old-fashioned ridicule on the side.

Things have changed a bit down at South Park Elementary: there’s a new principal and he forces the boys to confront the damage they’ve done through their history of racism and unconscious bias. Episode 1, “Stunning and Brave”, find a new target, including a typical South Park-style “tribute” to Caitlyn (formerly Bruce) Jenner.

Named “One of the All-Time Greatest TV Shows” by Entertainment Weekly, Comedy Central’s South Park launched on 13 August 1997 and is based on the animated short entitled “The Spirit of Christmas“. Trey Parker and Matt Stone are the co-creators of South Park. Parker, Stone, Anne Garefino and Frank C. Agnone II are the Executive Producers of the Emmy® and Peabody® Award-winning South Park. Eric Stough, Adrien Beard, Bruce Howell and Vernon Chatman are Producers. Chris Brion is the Creative Director of South Park Digital Studios.