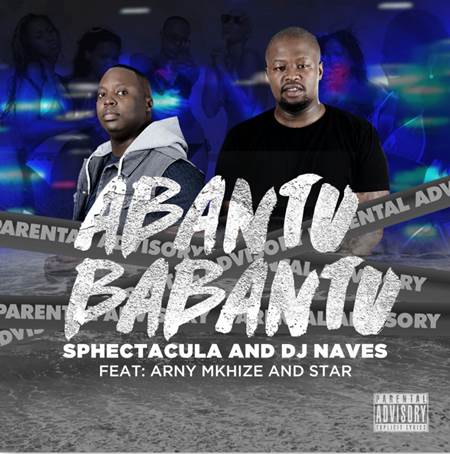 Purchase the Kings Of The Weekend album on iTunes here: https://itun.es/za/0EFX9

Abantu Babantu is a tongue in cheek track with a narrative that takes a swing at the current social ill of infidelity. The song’s very catchy hook and big thundering Durban flavour, are no surprise as to why Abantu Babantu has proven to be a crowd favourite. The song features two newcomers on the scene: the sultry Star with her vocal sassiness, and the solid presence of Arny Mkhize.

“There were no second guesses as to which single we would release after KOTW Anthem. Abantu Babantu has been the most requested song off our debut album after KOTW Anthem, and the crowd’s reaction to this track at events has been simply priceless” express SPHEctacula and DJ Naves.

SPHEctacula and DJ Naves are model examples of how to get the DJ album release right. A multi genre yet authentic offering of who they are and what they represent, The Kings Of The Weekend have shown SA that there is room for DJs to play in the music creating space outside of the compilation album format.

The Kings Of The Weekend self-titled debut album has already garnered them 5 Metro FM Music Award nominations and their lead single, KOTW Anthem (Cishe Ngafa) featuring Professor, was announced as the Song of The Year by Ukhozi FM for 2015 and was amongst the Top 100 most played local songs on South African radio in 2015, lodging itself at #81.

Catch the Kings Of The Weekend, SPHEctacula and DJ Naves, on the #ThePrepartySA every Saturday night between 18h00 and 20h00 on Metro FM and also on the SABC 1 hit talent search TV Show, #1sand2s’.

About
SPHEctacula and DJ Naves are well known and well-travelled DJs on the pulse of youth culture in South Africa. They joined forces in May 2010 when they began hosting their infamous “The Preparty” radio show on METROFM on Saturdays between 6pm and 8pm. The duo have made dynamic waves and generated positive talkability since.

From a DJ point of view, they have 22 years of experience between them. They are specialists in the commercial hip hop genre and also have a vast knowledge of music that allows them to be experts of other genres such as House, Kwaito, R&B, Dance, Old School and more. Their common goal to leave the crowd wanting more has led to them adapting a very interactive DJ performance style that has resulted to them being repeatedly booked at premium events across South Africa.