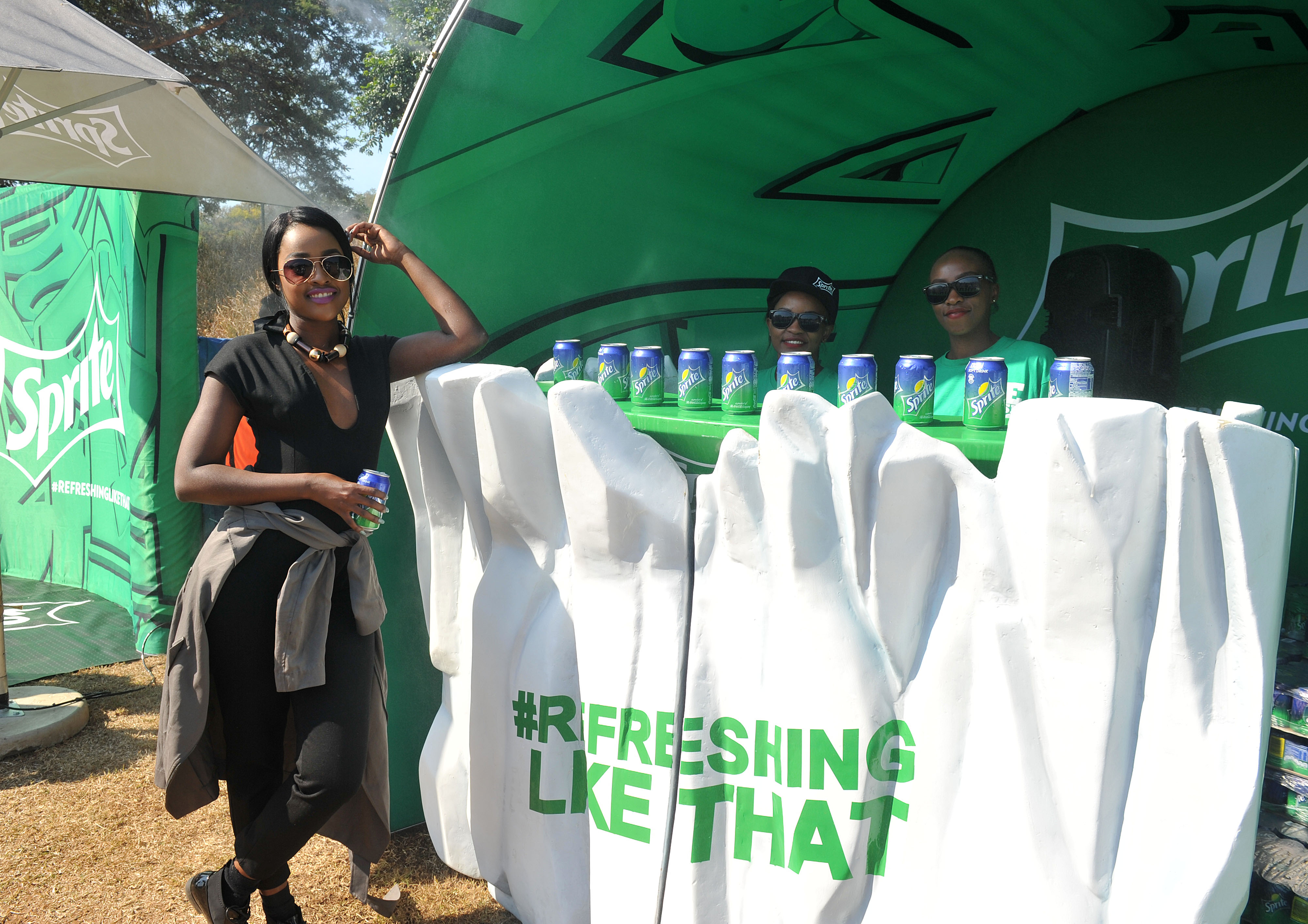 There are only two words to describe the feeling of drinking an ice cold, crisp lemon and lime Sprite – ultimate refreshment, and for the next few months, Sprite will be taking the show on the road where they will literally be refreshing South Africa with never seen before misting umbrellas. As part of the activation, the youth also have an opportunity to explore self-expression through its latest brainchild ‘15 Seconds of Refreshing Truth’.

From mid-April until the end of May 2016, Sprite will be visiting various universities and hot spots around the country, engaging with their fans through an exciting nationwide roadshow.

As part of the campaign, Sprite made another pit stop at Nelspruit’s TUT campus on Tuesday 24th May 2016. Students had the opportunity to share their refreshing truth with the Sprite team, students also had the opportunity to shoot their refreshing truth videos with the assistance of the Sprite Team to share on their social media.

Sprite invited special guest and influencer E-tv Umlilo Actress Omuhle Gela who had this to say “Nelspruit TUT presents a rare scenery, it is quiet relaxed and easy going. Sprite believes in South Africa’s youth and wants to cultivate their Talents, and 15 seconds of refreshing truth campaign allows that, Sprite wants to prompt youth to be more expressive with their Talents through this campaign, what better way to expose the rest of South Africa”.

Sprite will be heading to The Limpopo University (Turfloop) on Friday 27th May 2016 alongside Mzansi Magic’s “Greed and Desires” actor Thato Molamu, better known for his role as Nicholas Nomvete of SABC 1 Generations. With awesome Sprite prizes up for grabs, make sure you are there to voice out your refreshing truth.

Step up and join this initiative as Sprite starts a trend that refreshes, inspires and promotes free thinking.

Join the conversation and share your own refreshing truth using #RefreshingLikeThat.