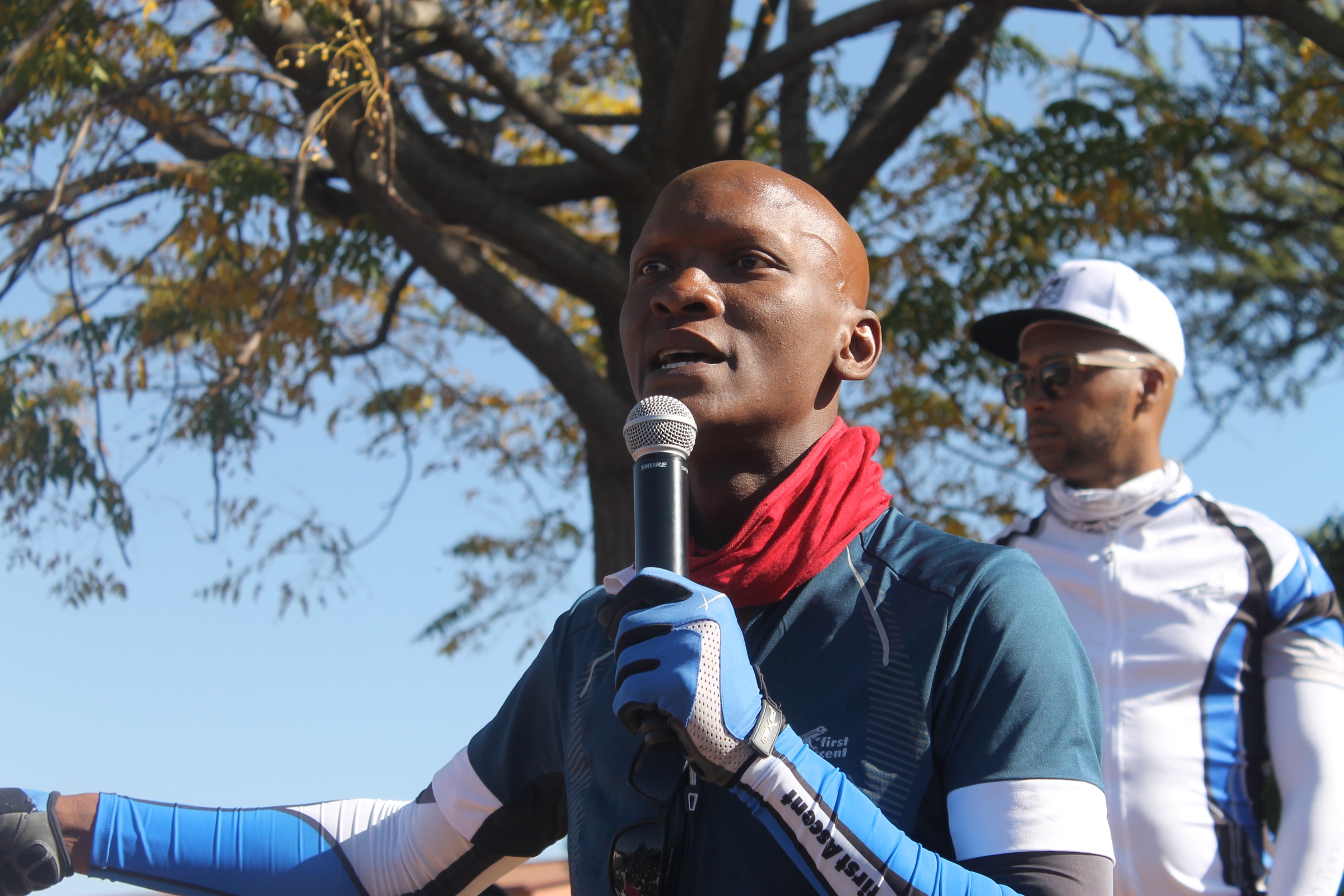 Johannesburg, September 11 – Hot on the heels of a successful seven day cycling debut from Gauteng to Bokone Bophirima (North West) earlier this year, the 2nd edition of Ikgate Motlhala cycling campaign returns from 28 September to 2nd October with a bigger and better vision of improving learning and providing support to schools and early developments centres in the North West Province.

Much like its predecessor, the Ikgate Motlhala cycling campaign presented in association with the National Development Agency and the North West Department of Culture, Arts and Traditional Affairs is set to take place from Mahikeng to Vryburg in memory of the late struggle icon Dr Ruth Segomotsi Mompati.


4020Phenomenon Founder Stoan Seate said, “Despite various challenges we face as a country, we are very excited to be making a difference to schools and early development centres. Being a transformative force means that we are catalyst to social change. For me personally I’m planting seeds for generations to come be it big or small,” adds Seate.

Excited to be part of this campaign, National Development Agency Acting Chief Executive Officer Nellie Vilakazi said: “We are very humbled to be part of this journey and more precisely in honouring Mama Ruta, a champion of civil rights and transformative society. Through our involvement we will see to it that underserved early childhood developments centres gets the sufficient and equal formalized attention they deserve.”

“North West Department of Culture, Arts and Traditional Affairs is proud to partner with Ikgate Motlhala on the second instalment in raising funds for under privileged schools in the Province. By cycling throughout Municipalities of Bokone Bophirima we are inculcating a sense of camaraderie, empowerment and support for young people who want to further their careers whether in arts or other sectors,” said Director Caroline Motsuane.

4020 Phenomenon encourages business leaders, entrepreneurs, community and corporates to join in sponsoring the cycle campaign to improve learning in underserved schools and early development centres. Contributions can be made via 4020 Phenomenon website at www.4020phenomenon.co.za or mail stona@4020phenomenon.co.za or link with Stoan Seate on his social sites (@Stoanito – Twitter and Instagram)

About 4020Phenomen
The 4020 Phenomenon serves a philanthropic catalyst that aims to contribute and improve learning and enrichment of young people through education, arts and health. We seek to become agents of change through giving, support and providing the necessary resources to schools and early development centres.