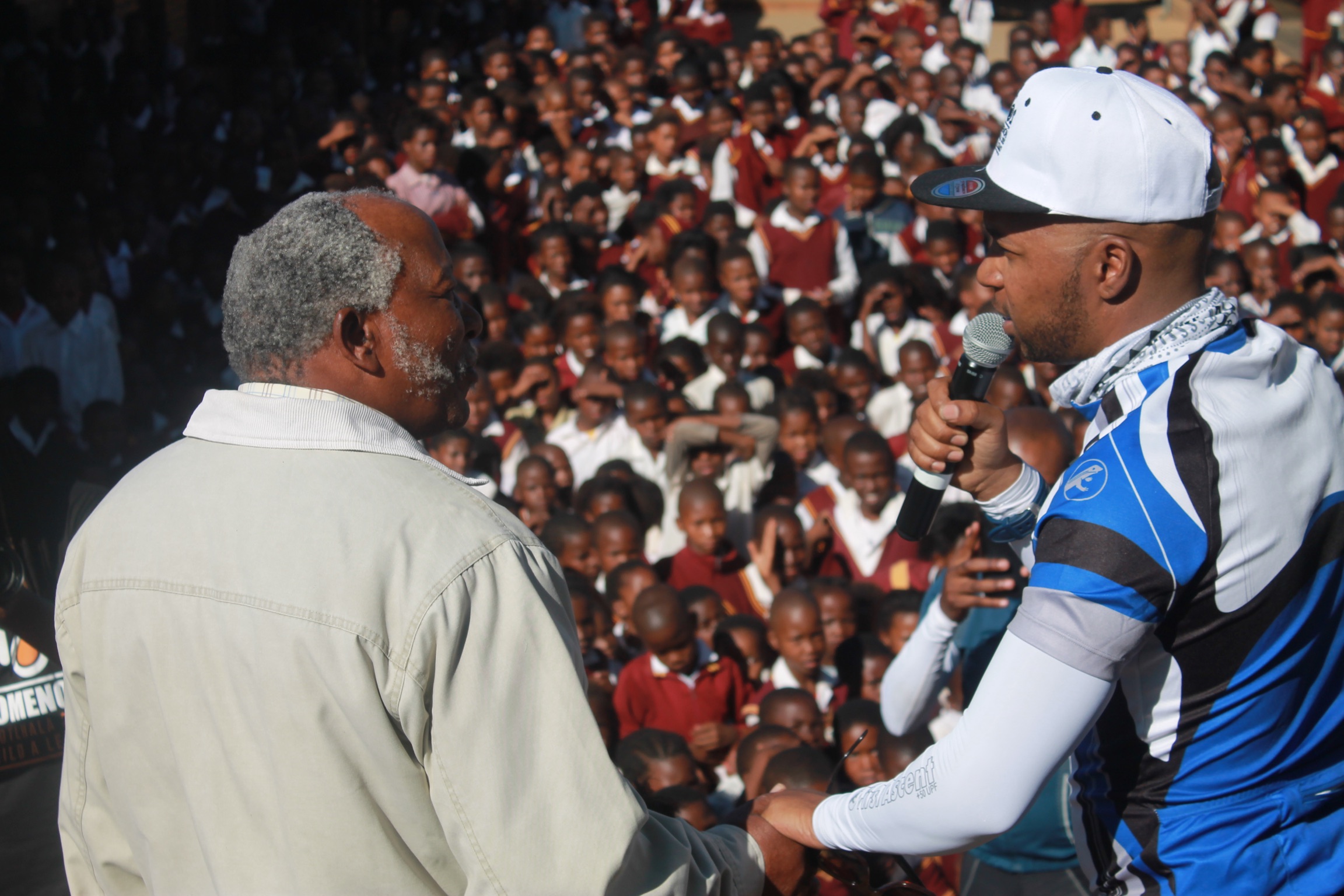 After fourteen days of sleepless nights, fatigue and over 400 kilometres cycling in temperatures often exceeding 30º degrees from Johannesburg, Mafikeng to Vryburg in 2015, the Ikgate Motlhala cycle campaign in partnership with the North West Department of Tourism and the North West Tourism Board returns from April 24 to 29th in honour of struggle stalwart and former President of Zambia Dr Kenneth Kaunda 91st Birthday which he’s celebrating on the 28th of April. Now firmly established in the tourism calendar of the North West Province as the flagship “cycle for a cause” campaign, the event is set to be more exciting with top celebrity joining Stoan Seate (SABC2 Afro Café Host) in his pedalling challenge from Ventersdorp to Potchefstroom, Klerksdorp and ending in Wolmaransstad in the Dr Kenneth Kaunda District Municipality.

The Ikgatle Motlhala campaign in honour of Dr Kenneth Kaunda aims to raise funds for early childhood development centres and schools in and around the Province of Bokone Bophirma. It is dedicated to creating much-needed support to disadvantaged ECD’s and learners through donor support and provision of well-designed high school activations including but not limited to food gardening, wellness and life coaching.

Ikgate Motlhala Founder and Organizer Stoan Seate, said “this campaign has become a Provincial flagship event, driving change, social cohesion and raising much needed funds to help uplift young people in the Province. We are calling everyone from Corporate, Conglomerates to get involved with us and make a difference to education”.

“It’s been a fantastic partnership that we’ve had with the Ikgate Motlhala team for the past year and as a department we are happy to rally around campaigns that support good causes such as these”, said North West Tourism MEC Desbo Mohono. “The fundraising efforts and support showed by Stoan Seate and others in changing our communities is the legacy that we are proud to promote and display; that no matter who we are, where we come from, we are agents of change just like the luminary Dr Kenneth Kaunda and that we need to uplift each other where we can,” expressed Mohono.

The Dr Kenneth Kaunda inspired “One of a Kind” ride of Ikgate Motlhala III will be documented and shared with the public through the official digital platforms. Corporates and Individuals wishing to get involved and support the campaign can get in touch via email: kea@4020phenomenon or kea@thebestmom7.co.za or visit Facebook (Ikgate Motlhala), Twitter (stoanito), Instagram (stoanito) and using the hashtag #IkgateMotlhala3

About 4020Phenomenon
The 4020 Phenomenon serves a philanthropic catalyst that aims to contribute and improve learning and enrichment of young people through education, arts and health. We seek to become agents of change through giving, support and providing the necessary resources to schools and early development centres.