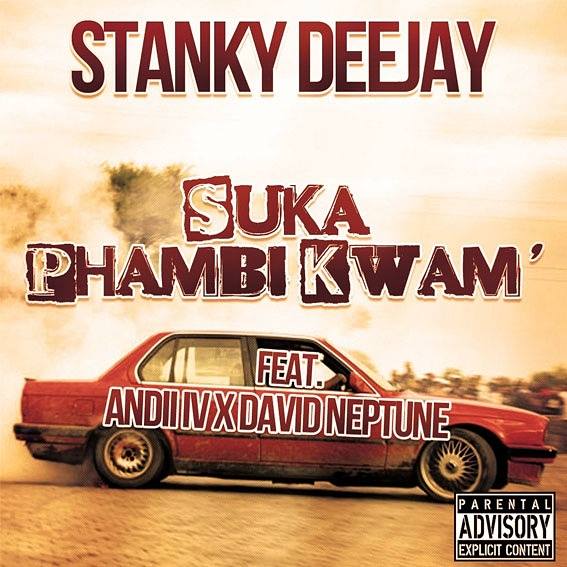 Originally from Hammardale, which is between of Durban and Pietermaritzburg, Stanky DeeJay (real name: Siza Kweyama) who is now currently residing in Durban has worked his way among the ranks as one of Durban’s well known Dj’s. Stanky Deejay started as a Deep-House dj and introduced his very own style of mixing which landed him his first airplay on radio on Euphonik’s show My House on 5FM at age 15. He later on started a set of monthly mixes called #OverdoseOnVocals. This was a pivotal point in his career and also allowed him to grow as a dj.

Trust me you get what you give

Stanky Deejay has now turned his sights on the Hip-Hop scene and has had a great welcome, this has seen him gain residency on major radio stations and major airplay. Stanky DeeJay has had major airplay on The Stir Up with Ms Cosmo on 5FM, Sunday Sundowners with Dj Vumar, TheFreshCutt with Dj Lab and Teabag on Gagasi FM and the

With the warm welcome to the Hip-Hop scene, Stanky DeeJay has released his first single titled ‘Suka Phambi Kwam’ which features Andii IV and David Neptune who deliver a mean punch on the song. Also known as ‘The Youngest Hip-Hop In The City’ Stanky DeeJay, has created a name for himself by reaching 10 000 downloads in less than 5 days.

The song has picked up well and has had major play and recommendation from Hip-Hop Djs in and around the city. The song was first aired on Gagasi FM’s exclusive Hip-Hop show The FreshCutt hosted by Dj Lab and Teabag. It has also had air play on other radio stations in Durban and outside Durban.