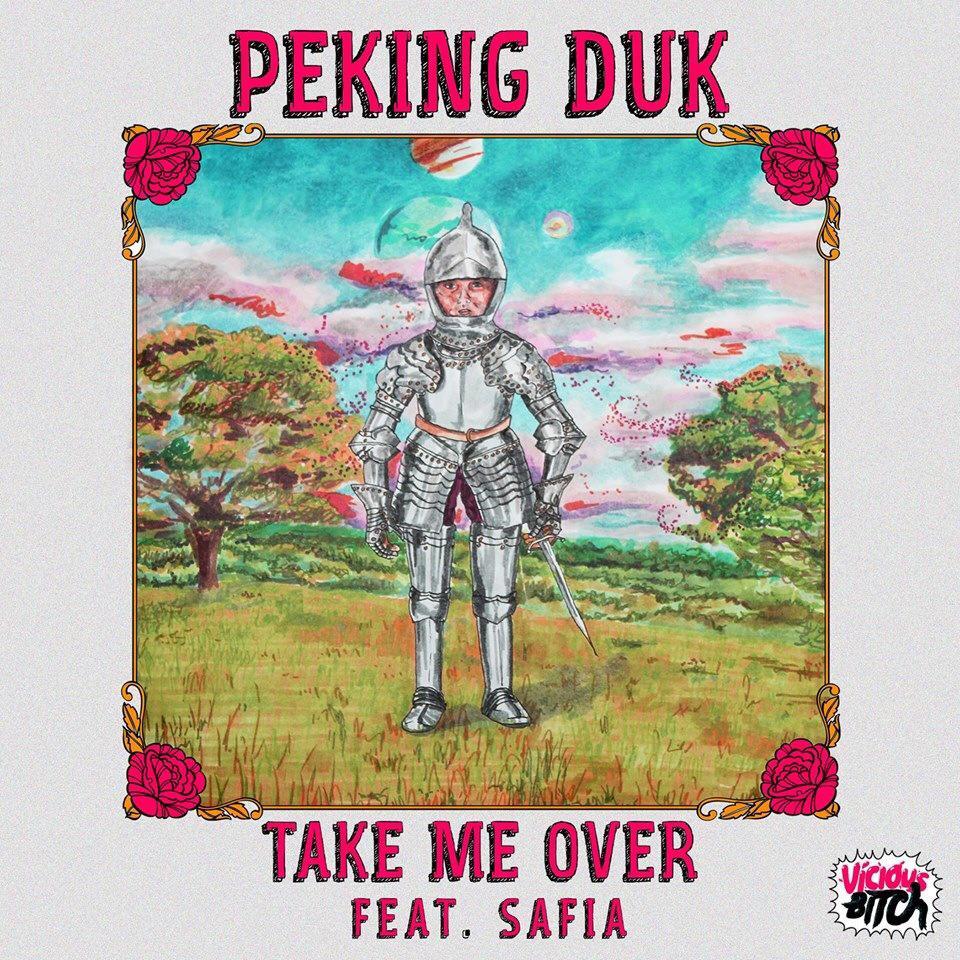 Press Release for ‘Take Me Over’:
F! Records is back with another killer dance track this time through partner label, Vicious Records. Fans have huge expectations from the Australian based Peking Duk after their last single did massive things!

Said last single, “High” featuring Nicole Millar, reached double platinum status in Australia while locally it peaked at the number 3 spot on 5FM’s Top 40. Peking Duk describe themselves as a dish best served by sparking an Electro fuse with a twist of house and blended with a galvanizing slowed down beat their new single definitely lives up to this tantalizing description.

“Take Me Over” features vocals from the three member band ‘Safia’ who also label themselves as “Electro Indie” and call Australia home. The single is available for pre-order early October and will available on iTunes from the 10th.

Bio of Peking Duck:
Spark up an Electro fuse with a twist of House, blend with a galvanizing slowed down beat, and Peking Duk is served. Catapulting onto the Australian music scene, the Canberra-bred duo of Adam Hyde and Reuben Styles has captivated fans across Australia and the world with their distinct flavour of Indie Electronica and Electrifying live sets.

Having been voted No. 5 in the inthemix top 50 DJs in 2013, 2014 has seen the Duk soar to the top of the charts with their massive double platinum single ‘High’ featuring Nicole Millar. Still commandeering airwaves and dance floors alike, ‘High’ hit the No. 1 spot on the ARIA Club Chart and No. 5 on the ARIA Singles Chart, not to mention No. 1 on the national Shazam chart and garnering over 1.6 million spins on Soundcloud and almost 3 million plays on Spotify! ‘High’ is Peking Duk’s third consecutive ARIA Club Chart No. 1 following on from the success of previous singles ‘Feels Like’ and ‘The Way You Are’.

With ‘High’ being one of the most played songs on Triple J, Adam and Reuben were asked to keep their fellow Canberrans The Aston Shuffle’s seats warm by hosting Friday Night Shuffle throughout June this year, delivering exclusive tracks and world premieres along with their trademark Peking Duk humour to the Triple J listeners around the country.

This year Peking Duk have spread their wings to the U.S. and beyond, having played to thousands of new fans across North America including shows at South By Southwest in Texas, Ruby Skye in San Francisco and two huge shows at the Miami Winter Music Conference, plus a sold out tour across the pond in New Zealand. Peking Duk have the Australian festival circuit firmly in their grasp with appearances at Splendour in the Grass, Groovin The Moo, Field Day, Falls Festival and the national Big Day Out tour, which saw them blow the roof off a sweat-filled Boiler Room.

With anticipation for a follow to ‘High’ reaching fever pitch, Peking Duk have revealed their next single to be a collaboration with Ben Woolner-Kirkham of Canberra three-piece SAFIA, set to drop this August.

With a national tour selling out in every city and further international releases and touring in the pipeline, ‘High’ is just a taste of what’s to come from Peking Duk.