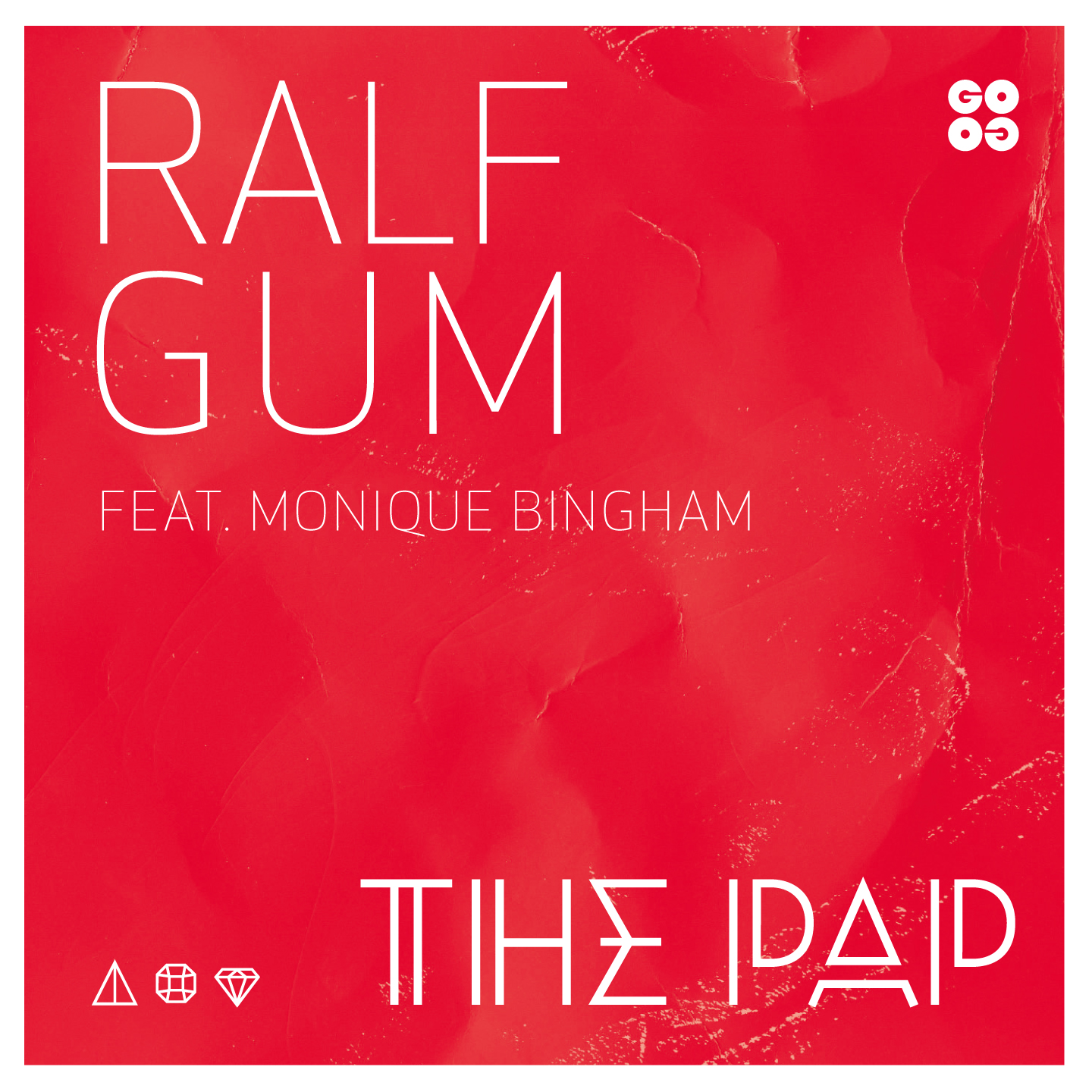 GOGO Music proudly presents the second single from Ralf GUM’s forthcoming album, ‘In My City’, titled “The Pap” which features unique Monique Bingham. Following up their 2012 official #1 chart smash and South African anthem ‘Take Me To My Love’, it’s a song for all deep Heads with Soul and co-produced by the inimitable Phil Kullmann aka Raw Artistic Soul. Already played by radio stations of the album and charted in South Africa officially prior its release, this is predetermined to be another Summer Anthem in Mzansi.

Ralf GUM’s music career dates back to 1990 when he started out as a DJ before establishing himself three years later as a full-on institution within the deep house scene, recognized in destinations throughout Europe, Asia, the Middle East, America and Africa. Armed with solid calibre and rare longevity, in delivering his latest album ‘In My City’, Ralf was able to follow in the traditions of his two previous albums ‘Uniting Music’ and the South African gold-selling ‘Never Leaves You’. Finally soon to be unleashed unto the rest of the world on his acclaimed GOGO Music label, it is already out on Sony Music in the motherland, where it jumped straight in on the No.1 spot on iTunes on day of release. “The Pap” is the second single taken from it and features renowned queen of vocal House Monique Bingham with whom Ralf shares a healthy history of making hits.


Monique Bingham is undoubtedly beyond the best lyricists and vocalist in the house music scene. “The Pap” is her homage to South Africa, which she by now regularly visits. “Lyrically ‘The Pap’ has many metaphors but really it’s a love letter to South Africa. Inspired by the advice of some SA friends regarding a move from NY to Jozi, I write as though I were instead contemplating a love affair. Africa is often mischaracterized in the West as wholly out of control and dangerous. But there were riots in central London. There are shootings in Chicago. Life and love are crazy everywhere. Sonically ‘The Pap’ is one of the most unique records we’ve ever made. And that has been our goal for the last 6 years, to craft truly distinct, truly unique songs.”– Monique Bingham Produced together with Phil Kullmann aka Raw Artistic Soul, who collaborated with Ralf for the first time on an album, ‘The Pap’ is a deep penetrating distinct groove in which Phil had a major influence. Combined with Monique’s soulful and effortless performance an abstract and worthy addition to Ralf & Monique’s legacy of successful songs and the global House Music scene in general has originated once more.

GOGO Music … music it is and is it!