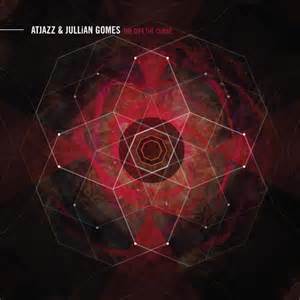 My thoughts:
A special album indeed. From the first track to the last you get to experience the sound of Atjazz and Jullian Gomes. Both their styles and sounds beautifully merged and the best part of it, is that you don’t get bored of the album.

At first, I was shocked when the tracks weren’t mixed together, as this was the traditional way of releasing a dance album in South Africa but then I remembered that this makes it easier for DJs to play selected tracks from the album.

A couple of dance floor favourites are ‘Overshadowed’, ‘Awi’, ‘Philosophy featuring Osunlade’ and ‘Here To Stay featuring Zano’. With ‘White Rose’ and ‘Turn Back To You featuring Robert Owens’ steadily gaining popularity.

This is surely one of those albums we will look back on and say – “that album was made with love and is still beautiful”.

Honestly, the only way Atjazz and Jullian Gomes could improve on such perfection, is if they released a live mix of the album (meaning, I want hear them include the echoes, back scratching, loops, filters etc). Disc 1 being mixed by Atjazz and Disc 2 being mixed by Jullian Gomes. This of course packed with a DVD of them live and music videos from the album. – in my head of course