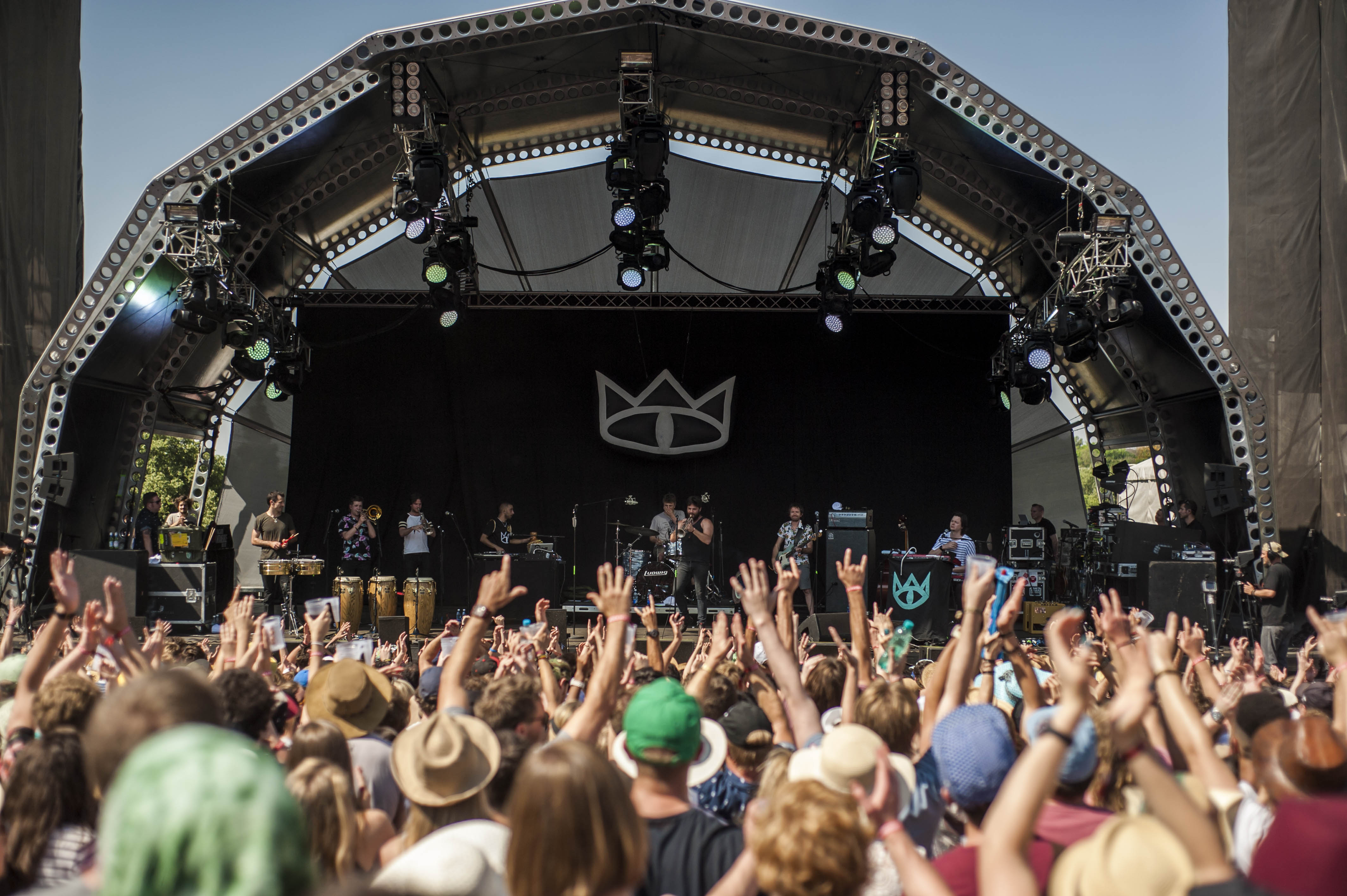 Despite the sweltering heat thousands of music-lovers turned out for Vodacom In The City this past Sunday 4 October! Kicking off the summer festival season with a new daytime format, festival attendees came prepared with blankets, umbrellas and picnics for a beautiful day out under the Jozi sunshine at Emmarentia Dam.

People barely had a chance to chill on their picnic blankets as the incredible live performances from international headliners The Kooks, Milky Chance and The Cat Empire and local talent Grassy Spark, Al Bairre and P.H.fat kept fans on their feet and the energy high.

Grassy Spark kicked things off with their diverse and infectious sound, proving why they were the deserving winners of Vodacom Open The City. Next up was loveable and quirky Cape Town band Al Bairre, channeling tie-dye and hippie vibes as they got the crowd in the party mood. For the first time ever P.H.fat joined Al Bairre on stage to perform their 5FM colLab Caviar Dream. Electronic rap crew P.H.fat seamlessly took over to deliver their hard-hitting dirty rhymes.

After months of waiting the enthusiastic crowd lapped up every song that The Cat Empire delivered. With their unique fusion of jazz/reggae/funk/Latin/gypsy/hip hop, Jozi got a taste of why this Australian group is one of the world’s top festival bands at the moment. Milky Chance created the perfect energy for a Sunday of listening pleasure performing their popular mix of low-octane beats and vibey guitar strumming with hits like “Stolen Dance” and “Down By The River”.

Returning to Jozi, the inimitable The Kooks closed the festival with a high-energy set that made the masses forget about the heat in favour of jamming to their Britpop indie-rock. Of course the set wasn’t long enough and the crowd drew them back on for an encore. With the sun setting over Emmarentia Dam, a cool breeze in the air and thousands signing along to “Naïve”, this year’s Vodacom In The City was truly unforgettable.

Of course the day wouldn’t have been complete without our MC’s — SABC 3’s Maps Maponyane and 5FM’s Poppy. In between the music, there was plenty to keep fans busy thanks to incredible sponsors Vodacom, 5FM, SABC3, Shap Shap Cider, Red Square Reloaded and SAB.

Share all your Vodacom In The City 2015 moments with us by tagging #VITC2015 and check out all the action online:

Vodacom In The City is proudly sponsored by Vodacom. A Seed Experiences event.

About Seed Experiences
Seed Experiences is renowned for delivering world-class events to their fans. With annual events like Rocking the Daisies Music and Lifestyle Festival, Vodacom In the City, Sowing the Seeds, Sonar Cape Town and Jameson Vic Falls Carnival, people can only expect the best live music performances, great vibes and top production.