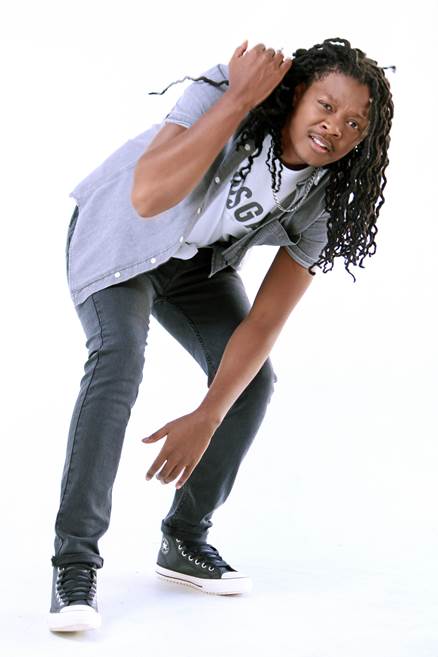 Born and raised in the North West before moving to Bethlehem in the Free State at age 9 and now Johannesburg. The 26 year old Thusga’s love for hip hop was initiated in the late 90’s when he was exposed to hip hop by his late uncle, to icons like The Notorious Big, Tupac, Snoop Dogg, and local artists such as Twistyle and Bafixile who went on to influence his style of hip hop called Motswako which is spearheaded by the likes of HHP, Tuks, Morafe, Skwatta Camp and Molemi whom Thusga also attributes to his musical influence to.

Thusga started to professionally pursue his music career in 2014. With the help of Dj Lemonka, he recorded his first single titled Me Myself And I featuring Kaygism (KG) from the legendary Motswako group called Morafe. A music video directed by Kyle White was shot for the single and made its debut on Channel O’s Turn Up music show, and was also play listed by the likes of MTV base and Kuze Kose TV on SABC 1.

When asked about what keeps him going, Thusga simply replies: “Monna ha a we wa sekama, you have to keep on moving to get somewhere in life.”

Having two Golden Bean Free State Music Awards under his belt for Best Male and Best Music Video and having gained traction in Botswana and Namibia from previous radio airplay, the music landscape is looking very promising for this rising Motswako artist who everyone should look out for.